Four convicts in the sensational 2012 Nirbhaya Gang rape and murder case will be hanged on January 22 at 7 am in Tihar jail, a Delhi court said on Tuesday.

Following is the chronology of events in the Nirbhaya case. 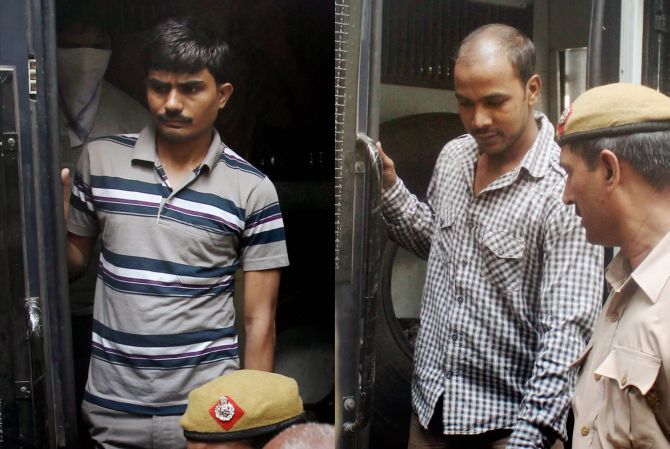 Dec 16, 2012: Paramedical student gang raped and brutally assaulted by six men in a private bus and thrown out of the moving vehicle along with her male friend. The victims admitted to Safdarjung Hospital.

Dec 21-22: Thakur arrested in Aurangabad district of Bihar and brought to Delhi. Victim records statement before the SDM in hospital.

Dec 29: Victim succumbs to injuries and other medical conditions. Police add murder charge in the FIR.

Jul 5: Inquiry (trial) in JJB against the juvenile in concludes. JJB reserves verdict for July 11.

The Delhi high court allows three international news agencies to cover the trial in the case.

Sep 10: Court convicts Mukesh, Vinay, Akshay, Pawan of 13 offences including gang rape, unnatural offence and murder of the girl and attempt to murder her male friend.

Sep 23: HC begins hearing the convicts' death sentence reference sent to it by the trial court.

Apr 15: SC directs police to produce the dying declaration of the victim.

Feb 3, 2017: SC says it would hear afresh the aspect of awarding death penalty to the convicts.

May 5: SC upholds death penalty to four convicts, says the case falls under the category of 'rarest of rare' and the offence created "tsunami of shock".

Nov 8: Mukesh, one of the four death row convicts in the case, moves SC seeking review of its verdict upholding the capital punishment awarded to him.

Delhi govt seeks death warrants for execution of death sentence to the 4 convicts.

Dec 19: Delhi HC dismisses plea of Pawan Kumar Gupta claiming he was a juvenile at the time of the offence.

Jan 7: Delhi court orders 4 convicts to be hanged on January 22 at 7 am in Tihar jail.

Source: PTI© Copyright 2021 PTI. All rights reserved. Republication or redistribution of PTI content, including by framing or similar means, is expressly prohibited without the prior written consent.
Related News: SC, Juvenile Justice Board, Pawan, Delhi HC, Mukesh
SHARE THIS STORY
Print this article 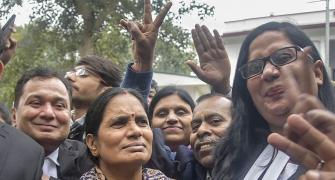 Why people stand behind rapists
The Delhi rape: Why we need to move beyond protest

View: Why the Delhi rapists should not be hanged