Five people, involved in the killing of an SDPI leader in Kerala recently, have been taken into custody, police said on Friday. The police said the men in custody are RSS workers.

The senior officer said the culprits who killed the BJP OBC Morcha leader have been identified and police teams have already gone to nab them.

"We are working on that. They will also be caught", he said.

Shan, the State secretary of SDPI, was killed by a gang on Saturday night while he was on his way home in Alappuzha, while the BJP OBC Morcha state secretary Sreenivas was hacked to death in front of his family by some assailants in his house on Sunday morning in the same district.

Earlier today, Sakhare said as all those directly involved in the crime had managed to escape to another State, Kerala police has sought assistance from their counterparts in the neighbouring states to nab them.

Not only those who took part in the larger conspiracy of the murders but also those who provided the killers any kind of help would be booked for conspiracy, he said. 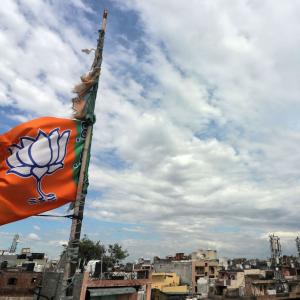