Nine new judges, including three women, whose appointments to the Supreme Court have been cleared by the Centre, are likely to be sworn-in on August 31 by Chief Justice of India (CJI) N V Ramana, apex court sources said on Thursday. 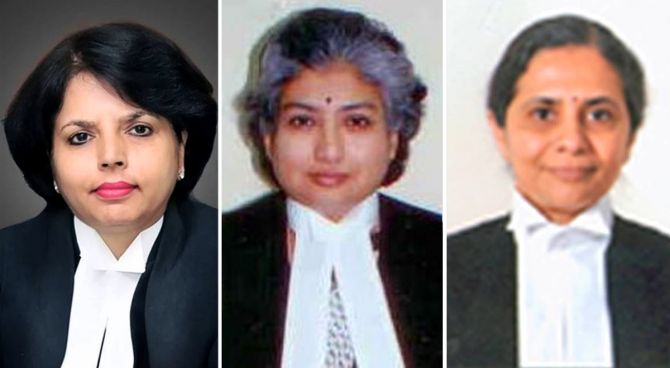 IMAGE: Justice Hima Kohli, Justice B V Nagarathna and Justice Bela Trivedi are the three women recommended for appointment as judges in the apex court.

President Ram Nath Kovind has signed the warrants of their appointment including that of Justice B V Nagarathna, who is in line to become the first woman CJI in September 2027.

Sources said that four out of nine new apex court judges are chief justices of different high courts and they need some time to wind up their administrative and judicial work there.

They said in all the high courts, Friday is the last working day of the week and the judges need at least one working day to wind up their work there.

With a sanctioned strength of 34 judges, the Supreme Court as of now has 10 vacancies. Once the new judges will take oath next week, the top court will have only one vacancy. 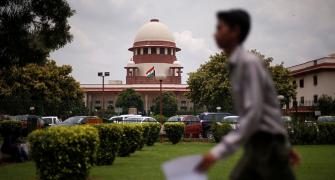