People spent a sleepless night as a series of aftershocks shook Assam after a strong 6.4 magnitude earthquake caused extensive damage to buildings. Sonitpur, whose headquarters Tezpur was rocked first by the strong temblor at 7.51 am on Wednesday, and its nearby areas on both sides of Brahmaputra river in central Assam have experienced 21 aftershocks, an official said.

A total of 11 quakes jolted the state since Wednesday night and all of them originated in and around Tezpur, the National Centre for Seismology (NCS) said in its earthquake bulletin.

The strongest one was of 4.6 magnitude that hit at 1.20 am, forcing the people to run out of their homes in panic.

There was no immediate report of any affect to any structure or injury to people due to these aftershocks.

The Assam State Disaster Management Authority said in a statement that as per the updated reports received from the districts, the number of persons injured has increased  to 12 from the earlier 10 reported since the first quake.

However, no casualties have been reported in the last 24 hours, it added.

There were no reports of deaths directly due to the tremors, but two persons -- one each in Kamrup Metropolitan and Nagaon districts -- died due to shock and heart attack around the time of the earthquake, ASDMA said.

Damage assessment has been completed in 18 districts so far and 428 residential houses and apartments, 148 private and public institutions like schools, anganwadi centres, health centres and government buildings were reported to have been affected.

The earthquake had jolted Assam and most of the Northeast on Wednesday and was followed by a series of aftershocks, causing a huge amount of damages to private, government and commercial structures and forced people to rush out of their homes in fear.

Chief Minister Sarbananda Sonowal on Thursday held a meeting with officials concerned to assess the situation and directed them to collect data of tremors of different magnitudes since 1896 for examining the nature of their impact to prepare an effective mitigation roadmap for the future.

He also stressed on the importance of ensuring strict adherence to building by-laws and National Building Code and ordered the setting up of an expert committee for maintaining earthquake resistant design in the construction of buildings appropriate for seismic zone-v in which Assam falls.

"On being informed about Japan's success in developing an early warning system for earthquakes, Sonowal directed for exploring opportunities to tie-up with Japan in bringing such technologies to the state," an official release said.

The first quake of 6.4 magnitude on Wednesday was followed in quick succession by lesser intensity tremors of 4.7, 4, and two 3.6 magnitudes at 8.03 am, 8.13 am, 8.25 am and 8.44 am, Regional Meteorological Centre deputy director Sanjay O'neil Shaw said.

At 12.32 pm, the eighth quake of 2.9 magnitude hit Morigaon. It was followed by two more earthquakes of 3.4 and 2.9 magnitudes at 2.34 pm and 3.55 pm respectively, hitting Sonitpur district again, Shaw said.

The last and 11th tremor of 3 magnitude was felt at 5:39 pm in Sonitpur, situated on the northern bank of the Brahmaputra, he added.

NCS said, "The preliminary analysis shows that the events are located near to Kopili Fault closer to Himalayan Frontal Thrust."

The area is seismically very active and falls in the highest seismic hazard zone V, associated with collisional tectonics where the Indian plate subducts beneath the Eurasian plate, it said.

The historical and instrumentally recorded earthquake data reveals that the region is affected by moderate to large earthquakes. The most prominent event was recorded on July 29, 1960, when a quake of the magnitude of 6 was reported, it added.

The impact of it was then felt in almost the entire Northeastern region, parts of West Bengal, Bhutan and Bangladesh. 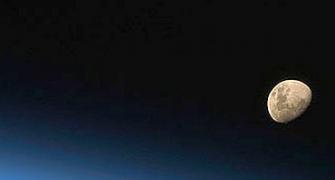