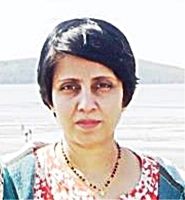 An Australia court on Wednesday ruled that the two DJs broke the law in a hoax call to a United Kingdom hospital treating a pregnant Kate Middleton, paving way for the country's media watchdog to take an action against their radio station.

An India-born nurse, Jacintha Saldanha, 46, had accepted the hoax call from the 2Day FM DJs, Michael Christian and Mel Greig purporting to be Prince Charles and Queen Elizabeth II, before passing it on to a colleague who divulged details of Kate's morning sickness.

Saldanha was found dead in the nursing accommodation of London's King Edward VII hospital days after staff were tricked into revealing details of Kate's pregnancy.

The court's decision could lead to a possible penalty against the radio station by media watchdog Australian Communications and Media Authority.

The ACMA had ruled that the station had breached New South Wales surveillance and broadcasting laws by airing the call without the consent of the other party.

The ruling was challenged by the radio station in a Federal Court, which found the authority had no power to determine matters of a criminal nature.

The ACMA then appealed against the Federal Court decision in the high court which ruled in favour of the media watchdog noting that the body did have power to make an ‘administrative determination’ that the station had committed a criminal offence, as a preliminary to taking enforcement action under the Broadcasting Services Act. 'US court summons to Bachchan served on his Hollywood agent'