News
Business
Movies
Sports
Cricket
Get Ahead
Money Tips
Shopping
Sign in  |  Create a Rediffmail account
Rediff.com  » News » 'You have to do good politics'

'You have to do good work and also do good politics.'
'I think that part was missing, communication was an issue, but we have bridged that gap.' 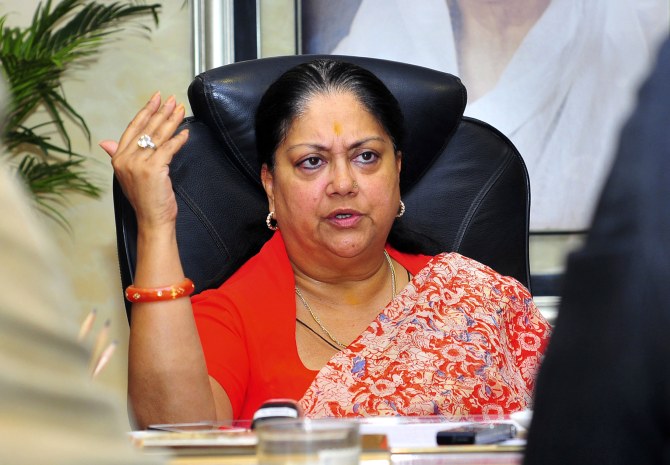 "There is no atmosphere of change," Javadekar tells Archis Mohan.

What is the BJP's election strategy for the Rajasthan polls?

Rajasthan is a bipolar state where one dominant pole is the BJP and immediately thereafter, it is the Congress. Sometimes, a change of 4 to 5 per cent votes makes or mars the election for any party.

We are confident of returning to power with the solid backing of beneficiaries of our schemes. In every family, some or the other benefit has reached, whether through the schemes of the central government or the state.

Over 4 million farmers have received farm loan waivers, an equal number have cooking gas under the Centre's Ujjwala scheme, 2.4 million have benefitted from the state government's Bhamashah Scheme, which was a pioneering health insurance scheme in a way and precursor to the Modi government's Ayushman Bharat with the state government giving a medical cover of up to Rs 300,000. It has worked well.

The state government upgraded 5,000 schools from class X to class XII, which has benefitted 1 million students as they can now study in their own village.

Water table has increased at an average of 11 feet, which is a huge task from economic and agrarian activity point of view in a water scarce state like Rajasthan.

All these schemes are resonating with the people. There is recognition that BJP government's work has been unprecedented.

There is significant resentment among government employees. There were frequent strikes.

The Rajasthan government has given benefits of the 7th pay commission recommendations. There will always be demands by unionised movements, but their major demands have been satisfied.

Jaipur city has never had such good roads. The trading community is also happy because of the overall improvement in the economy. The Mudra scheme helped 5 million people get self-employed, at least half of these are first time entrepreneurs.

There is a perception that the business community is upset because of demonetisation and GST.

Yes, there were little pains initially as the PM had himself said there might be pain for 50 days. Now practically every rupee has been been accounted for and in the banks, and tracing the money is possible. Demonetisation succeeded in accounting money.

As for GST, it brought transformation change and there were problems for four-five months. People were not accustomed to it, but the government was sensitive. The burden of taxation of essential commodities has now lessened in the last one year. 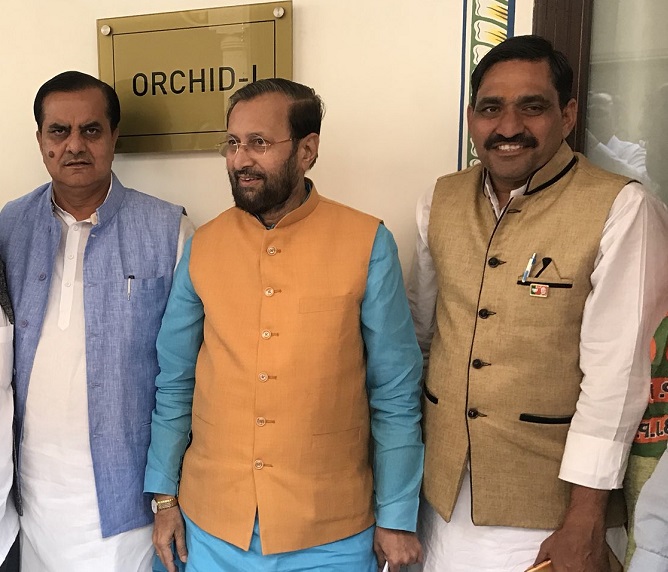 It is being said that people of Rajasthan might vote differently now and in the 2019 Lok Sabha polls.

People vote differently in different elections, but here people would vote for the BJP.

Modi has inspired people, and I do not see any problem in the Rajasthan assembly polls either.

The BJP's local leadership is accused of lack of accessibility and arrogance.

It was really a problem of communication. There could have been more effective communication, which did not happen.

You have to do good work and also do good politics. I think that part was missing, communication was an issue, but we have bridged that gap and I think now things are all right.

What about infighting over ticket distribution in the BJP?

There is no infighting in the BJP. The Congress is suffering more because of infighting, poor ticket distribution. They are the worried party.

Significant caste groups, particularly the Jats and Rajputs, are upset with the government. The Jats had voted for the BJP in 2013 and 2014.

Not all caste groups. Rajputs had some grievances, but have now been roped in and are solidly behind the BJP.

With the Jats there were one or two incident that caused ripples, but I don't think they will change their voting patterns when they sit down to decide.

What about agrarian distress? There was two years of drought.

Agrarian distress is because of 50 years of anti-farmer policies. The Centre's crop insurance scheme has helped.

As for drought, farmers understand what is in government hands and what is not.

We generally do not give loan waiver, but considering the need of the hour in Rajasthan we decided to. It has been implemented effectively.

The farming community is not against the state government, but the misfortune is that the Congress pursued anti-farmer policies for 50 years and now we are repairing it.

There seems to be an atmosphere of change in Rajasthan.

There is no atmosphere of change. The BJP will retain all three states (Rajasthan, Madhya Pradesh and Chhattisgarh).

In 2014, the BJP ruled six states. It now rules 18. Then, the Congress ruled 16 states, it now has only four. This is the changed dynamic.

The poor have aspirations. The plank of being pro-poor was with the Congress, but now it has decisively shifted with Modiji and the BJP.

Even in Rajasthan, barring the two Lok Sabha by-polls (Ajmer and Alwar), the BJP has won all civic elections. 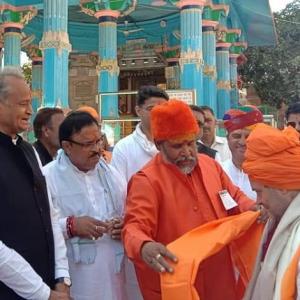 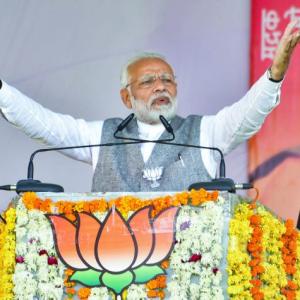