'... of protecting the lives and property of a large section of society.'
'It may further deepen the communal divide which already exists in the country.' Few police officers are willing to speak out against the communal policies of the present government.

Retired director general of the Uttar Pradesh police Vibhuti Narain Rai is one of the few exceptions.

Rai was a member of the fact-finding human rights group that visited Madhya Pradesh recently to get a first hand feedback of the Ram temple 'donation drive' that took place last month.

Rai's exposure of the custodial killings in Hashimpura on May 22, 1987 provided a detailed account of the barbaric use of State force -- a story which is being repeated with impunity today.

What made you and a group of human rights activists decide to go to the Malwa region in Madhya Pradesh to get a feedback about the Ram temple 'donation' drive?

Very contradictory and disturbing reports were coming from these areas, so some of us who had academic interest in studying patterns of communal violence in our society, decided to make a field visit and get a first-hand impression of the ground situation.

The Malwa region, which witnessed widespread violence, includes Begum Bagh in Ujjain, Chandan Kedi village in Indore and Dorana village in Mandsaur.
Did you visit all three places?

Yes, we visited all these places.

The three areas are not contiguous, though they all lie in the Malwa region -- Ujjain and Indore stand about 60 km apart, with Mandsaur over 200 km to the north-west.

Since we were going to be in the region for 3-4 days we included Alirajpur, an Adivasi area in Madhya Pradesh where Christian villagers are at the receiving end.

Our fact-finding team found that at all these places groups who were holding rallies to collect money for the Ram temple in Ayodhya were allowed by the administration and the police to create 'an atmosphere of terror' and to burn and loot houses of Muslims.

In the process of collecting feedback, you mention how on some of the footage you were shown by the victims of violence, you were horrified to see the face of a sub-inspector watching the violence unfold, mortification written large over his face as these individuals went about plundering houses and beating up hapless Muslim men and women.
Have the cops, who are supposed to be stopping violence and arrest those causing and abetting violence, become mute witnesses to those indulging in arson and violence with a sense of impunity?

Technology has empowered the average man on the street equipped with a good mobile phone to do both voice recording and videography.

We were shown long and detailed films of arson, loot and violence.

These eye-witness accounts had also been submitted to various officials and journalists who visited these localities.

We have seen some statements of senior officers who claimed they were not aware of any objectionable slogans raised by these so-called Ram bhakts taking part in these processions, but these are blatant lies.

At one of these places, I was given to see the visual of a police inspector hanging his head in shame.

It was apparent that he felt ashamed of the situation where people were being beaten, property vandalised and religious places attacked.

He was saddened that he was not allowed to react in the way that he had been equipped and trained, which was to disperse these mobs.

At most of these places, we found that actionable intelligence had been available with the police in advance and they were present in sufficient numbers, but apathy on their part did not stop hooligans from doing what they wanted to do and rather (their presence) only served to further emboldened them.

Your write-up mentions how it was the cops who had informed members of the Muslim community whose homes fell on the procession route of these 'chanda collectors' (in these three areas) that they should leave their homes and take refuge in nearby fields?
Was this not a clear abdication of responsibility by these cops?

It was most disappointing and shocking for a person like me, who has spent more than three decades in IPS, that the police not only completely abdicated their sense of responsibility but suggested to the hapless victims to leave their homes and hide themselves in nearby fields and jungles to avoid these hooligans.

In many cases, people heeded their advice, but they still suffered.

Their unguarded houses were looted.

What kind of signal does this send out to the public at large?

It shows that the Indian State has abdicated its duties of protecting the lives and property of a large section of society.

It may further deepen the communal divide which already exists in the country.

It will alienate the largest minority of the country which has more than 20 crores (200 million) of people.

On whose orders were these cops telling members of the Muslim community to vacate their homes?
Was it of their own volition or were they following up on a signal by their political masters?

The body language of the State is very relevant to the police and bureaucracy.

In these troubled times we found that important political functionaries of the state government had issued highly provocative statements.

One minister had openly threatened that the houses from where stones were being pelted from will be demolished.

The police were blindly following the unlawful orders of their political masters.

The suggestion to Muslims to vacate their houses and not face the rioters was perhaps their acknowledgement of the fact that they may not be able to protect the victims, so it is better to avoid confrontation with the hooligans.

A new manual for cops seems to have been prepared in MP and UP where anyone throwing stones on these zealots will see their homes demolished.
In Chandankhedi, where stone pelting was done from one home, it was not demolished because it belonged to a Hindu family, but another home belonging to a Muslim family was demolished.

Yes, that is correct.

It appears that in Madhya Pradesh a new police manual is in the process of being drafted.

It not only encourages police to abdicate its legitimate duties, but equips it with un lawful powers and expects it to demolish houses or maim people.

It also mandates the police to discriminate citizens on the basis of religion.

Under what rule book are cops being allowed to demolish homes of people?
Surely any such action can be ordered by the judiciary alone.
Where in our lawbook have a state police been given permission to pull down homes without the accused being able to take recourse to a court of law?

No law of the land empowers the police to demolish houses.

In fact, even courts cannot order demolition of a house on the ground that a crime has been committed by the owners of the house.

It could be demolished for violating certain rules and regulations which are relevant and that too after giving the owner an opportunity to explain his conduct.

Here, houses were demolished in the presence of executive magistrates without giving the owners any reasonable opportunity to defend themselves.

Who has granted them permission to collect money for the Ram temple and why are they not being prosecuted for this violence?

These unfortunate incidents could not happen without the connivance of the State.

The forces of Hindutva were allowed to work with impunity.

The Muslim community is not alone in being targeted.
The same is happening with members of the Christian community as well.
Your comments.

Yes, in the tribal belt of Alirajpur many Christian villagers complained to us that they were not allowed to organise their prayers on Sundays.

Invariably hooligans on motorcycles reached their villages before prayers and beat them to stop them from going.

Here also they claimed that the policemen visit their places on Saturday to advise them to leave their houses and hide in jungles at the likely time of the arrivals of these goons. 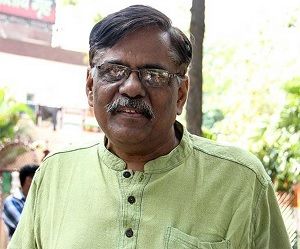 It was painfully surprising that the police, in place of protecting the law-abiding citizens, advises them to run and hide in jungles.

As a former member of the police force, what do you feel about this unwritten manual in the police code book where the police cannot resist lawbreakers?

This will result in a complete breakdown of rule of law and a complete undermining of the supremacy of our Constitution.

Ultimately, this will end up endangering our democracy.

Tomorrow, they may be expected to do the same with gangsters and members of the mafia.
Will they oblige in the same manner?

This is a real danger which our society is likely to land into if the trend is not arrested immediately.

Yes, if today a police officer abdicates the expectations of law before a communal agitator, tomorrow he can surrender it before a member of the mafia and this will prove an existential danger for the Indian State.

Finally, how can democracy function if its police force gets communalised?

Democracy cannot function if it does not deal in a fair and even manner with all sections of its citizens.

The police is the most visible part of the State.

A single policeman discriminating against citizens on the basis of religion reflects poorly on the Indian State.

We must think seriously of the consequences of alienating a very large section of society. 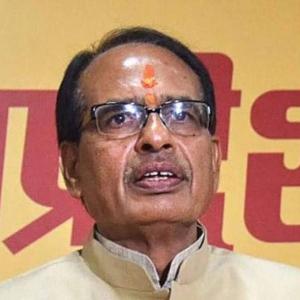 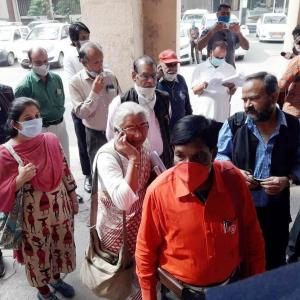