News
Business
Movies
Sports
Cricket
Get Ahead
Money Tips
Shopping
Sign in  |  Create a Rediffmail account
Rediff.com  » News » 'The idea is to improve people even in prison'

'The idea is to improve people even in prison' 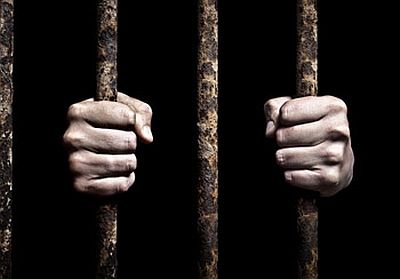 'They have started an institute, the Academy of Training and Sensitisation, for prison officials near Vellore.'
'This institute has been started by the Union home ministry and it is meant for all the four southern states.'

The Madras high court, which recently observed that a detailed study was needed to improve medical and other facilities in jails in Tamil Nadu and Puducherry, appointed senior advocate R Vaigai as amicus curiae and ordered the two governments to furnish her all particulars on the medical facilities available in its prisons.

The court action followed the Tamil Nadu home department submitting a report to the court that between 2012 and 2016, a total of 109 prisoners had died of illness and old age, two due to accidental falls. 22 prisoners allegedly committed suicide.

A bench comprising Justices S Manikumar and Subramonium Prasad passed the order on a PIL initiated suo motu as directed by the Supreme Court on September 15, 2017.

The apex court had requested the chief justice of the Madras high court to register the public interest litigation to identify the next of kin of prisoners who had admittedly died an unnatural death between 2012 and 2015 and even thereafter as revealed by the National Crime Records Bureau, and award suitable compensation.

"Money speaks a lot inside prisons and we have to find a way to stop it," Vaigai, a senior advocate and well-known human rights activist, tells Rediff.com's A Ganesh Nadar.

There are two figures for deaths in Tamil Nadu prisons in the last four years put out by the state government -- 109 and 157. Which is the correct one?

They have filed two affidavits and thus you have two figures. One was submitted by the home department and the other by the chief secretary. I will be checking both.

Any idea how 22 prisoners committed suicide?

I have only been appointed three weeks back. I have asked for details and will be studying them

The Supreme Court talks about compensation to families. What kind of compensation? Will it be for all deaths?

No, not for all deaths. It will be only for deaths where an inquest has been held and death was owing to the negligence of prison officials.

Earlier, this compensation was Rs 1 lakh and I think in 2015 it was increased to Rs 5 lakh. I have called for all the inquest reports.

Do you think lack of medical attention is the leading cause of death in prisons? Or is it the general apathy towards prisoners?

The Supreme Court has said that the present medical care is not enough. We have to improve them.

About apathy towards prisoners, they have started an institute, the Academy of Training and Sensitisation, for prison officials near Vellore. This institute has been started by the Union home ministry and it is meant for all the four southern states.

Officially, there are three classes. A for political prisoners, B for routine criminals and C for hardcore criminals, but I don't think you are referring to that.

Even I have seen media reports about the extra facilities enjoyed by prisoners who have a lot of money. Money speaks a lot inside prisons and we have to find a way to stop it.

How many jails are there in Tamil Nadu? Will you be visiting all of them?

I will be visiting quite a few of them. There are nine central jails, three special jails for women, three open jails, several hostels for juveniles, and 138 district jails and sub-jails.

The central jails have only convicts. People serving less than three months are also kept in the district jails. The remand prisoners are in district and sub-jails.

Unnatural deaths is what the Supreme Court is emphasising on, will the post mortem reports reveal that?

Post-mortem reports are there, but there are also other facts like if the hospital says 'brought dead', we have to know whether (it was) on the way or in the prison. Then we go into the negligence part and if they could have saved the prisoner.

Do you expect the jailers and other jail staff to cooperate in this investigation as it is essentially an inquiry against them?

I have met a few officials and told them that this is not an adversarial enquiry. We are both working in the public interest and in this case the prisoners' interest and welfare.

We both agree that reforms are needed. I have asked them for their ideas to improve the system.

Has the Tamil Nadu police assigned a high-ranking officer to assist you as directed by the high court?

The DIG prisons will be the nodal officer in this inquiry and he will assist me.

How long do you think this investigation will take?

The Supreme Court has taken up prison reforms in 2017 and there is no time line. It is a work in progress.

Will it interfere with your normal regular work?

(Smiles) All pro bono work does. I was also appointed amicus curiae to investigate the Sumangali schemes for young girls in the textile industry. That too I did free, as I strongly believe in human rights.

Is the spotlight only on Tamil Nadu and Puducherry prisons?

No, it is not. The Supreme Court has asked all high courts to do the needful and the Madras high court has ordered for those states under its jurisdiction, which is Tamil Nadu and Pondicherry.

How do prisons in other states compare to those in Tamil Nadu and Puducherry?

From what I hearm the facilities here are better. Like, they have phones to talk to their family. This facility is not there for foreigners as you cannot make ISD calls from prison. There are also CCTV cameras everywhere.

How will you ensure/verify that the information being given is correct?

I will visit the prisons and interact with officials and the prisoners there. Local judges are also responsible for prisons in their area.

Moreover, what the prison officials don't tell me I will get from rights activists and also NGOs who work in prisons.

What about the mental health of prisoners?

Exactly. Are there counsellors in prisons? Are they qualified?

Mental health is very important. It cannot be allowed to degenerate after the person is in prison.

The idea is to improve people even in prison. 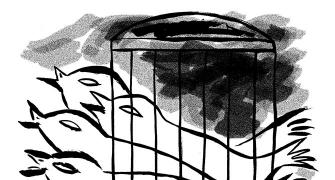 Poem from The Anda Cell: Now We Have More Freedoms 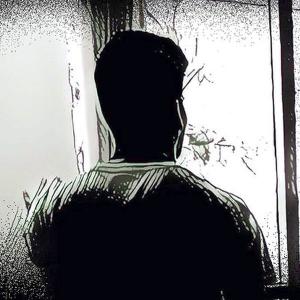