'In Hindi, Mr Modi is unequalled as an exceptionally accomplished orator.' 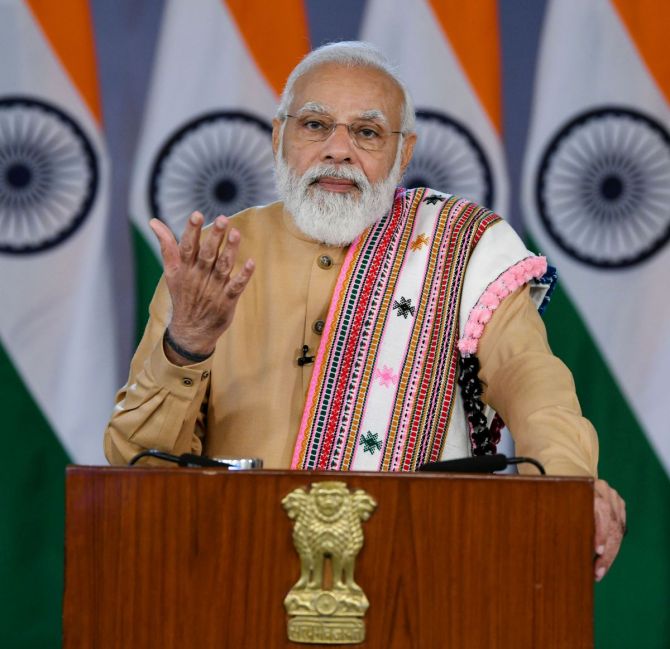 It was an embarrassing moment for Prime Minister Narendra Damodardas Modi at the Davos World Economic Forum last week when he had to stop his speech reportedly because the teleprompter was not working.

Shashi Tharoor, well known as an eloquent orator, discusses the incident, Nehru's speeches and the speakers who have impressed him, in a conversation with Rediff.com's Shobha Warrier.

After the prime minister halted his speech at the World Economic Forum, apparently due to a technical issue with the teleprompter, #teleprompterPM was trending on Twitter.
Don't all political leaders read from a teleprompter at such international gatherings?

Many do, some don't. But politics is unfair, and a gaffe of this nature is bound to be gleefully exploited by your political adversaries.

You are known for your oratory skills, and your speech at Oxford is iconic.
You have also addressed many international fora when you were with the United Nations.
Did you speak extempore or use notes, or read from the teleprompter at such fora?

I have never used a teleprompter, but that's because I am an old-school speaker!

At Oxford I had a few jottings on a scrap of paper smaller than my palm to refer to, otherwise I spoke extempore.

But I've also delivered formal lectures from a prepared text when the occasion warranted it.

Even after 75 years, people are mesmerised listening to Jawaharlal Nehru's Tryst with Destiny speech.
Do you think no other Indian political leader could match up to Nehru's oratory skills even today?

Nehru was a brilliant speaker, but more because of his content than his delivery.

If you listen to his recordings, you will notice that there is not much by way of a dramatic flourish or even meaningful pauses and variations in tone.

But his words were always compelling.

If you were to talk about Nehru's speeches, what would you say?

I would say he had one of the finest political minds of the 20th century.

I am told he was rather different in Hindi, especially when addressing rural audiences, where he spoke very simply and tried to get very basic ideas across to his audience, whereas in English he assumed a certain level of awareness and understanding on the part of his listeners.

Atal Bihari Vajpayee was known for his speeches that were laced with humour, and when he was prime minister, people used to remark that after Nehru, here was one PM who spoke well although only in Hindi.
How do you compare the speeches of Nehru and Vajpayee?

They were very different.

Vajpayee had a flair for the theatrical, the dramatic pauses, and often scaled the heights of rhetoric.

His speeches were highly effective in that they won people over. 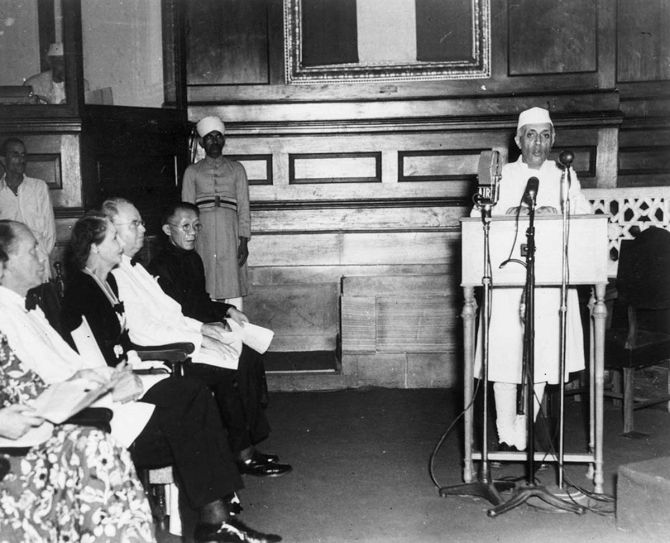 IMAGE: Jawaharlal Nehru delivers his Tryst with Destiny speech, one of the greatest speeches of the 20th century. Photograph: William Stacey/Fox Photos/Getty Images

Among world leaders, who has inspired and impressed you with their speeches? Would you rate Nehru's Tryst with Destiny as one of the best in the world?

For content, definitely. I have heard world leaders mainly in formal settings like the UN General Assembly, where their speeches tend to be rather formal and unexciting.

Fidel Castro was certainly an exception; Hugo Chavez as well.

And from what I have seen on TV, John F Kennedy was unequalled both for content and style.

In Hindi, Mr Modi is still unequalled as an exceptionally accomplished orator. 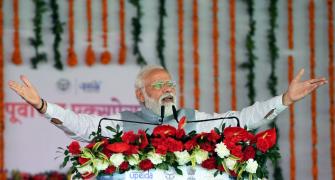 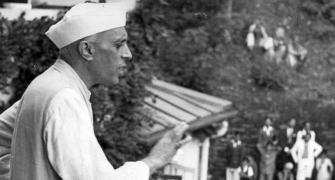 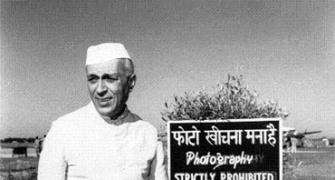 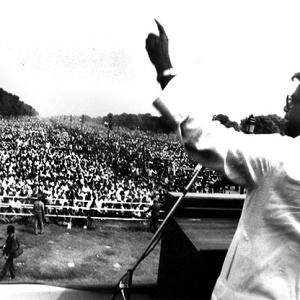