'Crucial intelligence was obtained by a R&AW operative from a couple of moles inside the camps four days before the Balakot operation.' "On December 3, 1971 the Pakistani air force attack was anticipated to date by a mole in (then Pakistan president) Yahya Khan's office."

"Another coup by R&AW was tapping the phone conversation of (then Pakistan army chief) General Pervez Musharraf who was in a Beijing hotel with his chief of general staff Lieutenant General Mohammed Aziz Khan in Islamabad during the Kargil war."

It is said that the first phase of the Bangladesh war was won by R N Kao and the second phase by General Sam Manekshaw. Could you tell from your research about what made Mr Kao's work central and crucial to the creation of Bangladesh?

One person's role that hasn't been appreciated enough is also P N Haksar. Jairam Ramesh's book on P N Haksar has a lot of praise and detail about Haksar's role, especially in the run up to the creation of Bangladesh.

R N Kao was anticipating all this as early as January 1971 after the (Pakistan) election results in 1970 that there could be trouble brewing and therefore, had prepared notes and assessment.

He had built a great team. I mentioned Mr P N Banerjee who was instrumental in doing the field work in East Pakistan and building trust with Mujibur Rehman since 1969 onwards.

There was K Sankaran Nair, almost an alter ego of R N Kao, who actually ran clandestine operations and got crucial intelligence on the Pakistani plan to bomb Indian airfields on December 3 from a mole in Yahya Khan's office.

Kao's role was to look at the larger picture, getting all arms of the government to coordinate and not allow petty turf battles to cloud the judgement.

P N Banerjee had some reservations about giving some information to Lieutenant General Jagjit Singh Arora, the Eastern Army Commander, but he made it known why it was important to cooperate.

One of the crucial exercises that R&AW did at that time was to train the Mujib Bahini. The Mukti Bahini was trained by the Indian Army.

The Mujib Bahini was the trusted inner circle of Mujibur Rehman led by his nephew. They were trained by the Special Frontier Force which consisted of Tibetans and was formed in the middle of the 1962 war with China.

He also had a good relationship with (then chief of the army staff General) Sam Manekshaw too.

Sam would ask if he could confirm the information if a report came from the Eastern Army commander. There is an exchange of letters between them during those years. They respected and had affection for each other. 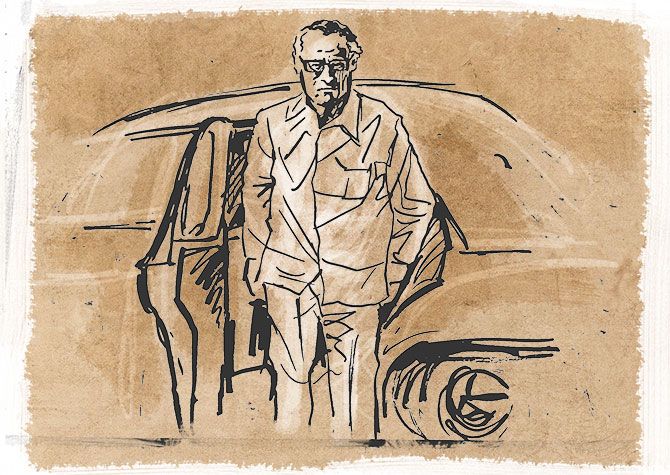 What according to you have been Mr Kao's foremost contributions in shaping India's strategic interests?

His foremost contributions were to build institutions and the need for a civil intelligence agency which was not built on the lines of the central armed police force.

But R&AW operatives posted abroad are on their own like the classical CIA or MI6. He wanted people with various talents.

He also started a science and technology division which discovered through pictures and soil samples etc, about Pakistan's nuclear programme as early as 1976.

He had a much broader vision than any of the people at that time. He did not look at it as a narrow fiefdom.

I mention an incident in the book that he wanted to set up 13 stations in different countries from Fiji to Geneva and from Paris to Bonn in 1969. The ministry of external affairs said there was no budget and it was not advisable.

His access to the prime minister helped R&AW get a sure footing in the initial years.

What did he do between 1977 and 1980 after Mrs Gandhi's government lost power?

He started taping his memoirs a month after he took premature retirement because he had an uncomfortable relationship with (then prime minister) Morarji Desai.

R&AW was seen as the Gestapo of Mrs Gandhi by the then Opposition. He was treated by suspicion by the Janata Party government. Kao endured that and came back with a salary of Rs 1 as senior adviser to Mrs Gandhi after she returned to power.

Did his successors match up to him?

There was turmoil, but there were people who stablised it as it happens with organisations.

Suntook stabilised it at a time of great stress when Morarji Desai wanted to slash the budget by 50% and wind up R&AW stations in several places.

How has R&AW fared in the years?

On December 3, 1971 the Pakistani air force attack was anticipated to date by a mole in (then Pakistan president) Yahya Khan's office.

Another coup by R&AW was tapping the phone conversation of (then Pakistan army chief) General Pervez Musharraf who was in a Beijing hotel with his chief of general staff Lieutenant General Mohammed Aziz Khan in Islamabad during the Kargil war.

Third was the Balakot strike where crucial intelligence was obtained by a R&AW operative from a couple of moles inside the camps who had sent vivid details of maps, number of people, locations etc, four days before the operation took place.

Those two moles are believed to have been killed.

R&AW has provided strategic intelligence. Of course, it has had its share of failures no doubt, but has served the country well.

Do you feel the nation has given Mr Kao his due?

He was never recognised publicly, but he is looked up as a legend. In fact, R&AW runs an annual lecture called the R N Kao memorial lecture.

This book in a way is an unofficial biography, but was initiated by people in the establishment. It is an important document in the recent history of India's security domain.

I hope to complete it when the files are declassified.