News
Business
Movies
Sports
Cricket
Get Ahead
Money Tips
Shopping
Sign in  |  Create a Rediffmail account
Rediff.com  » News » 'Everybody has rallied around one leader. One vision' 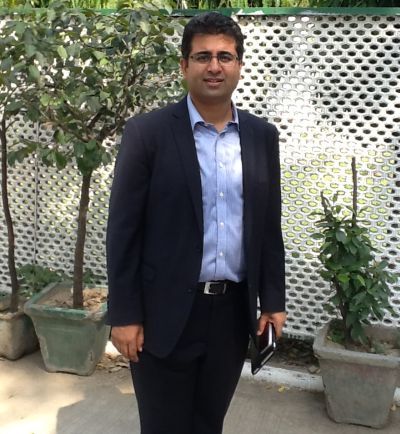 ‘I don't think you would have seen this level of enthusiasm or phenomenon in the NRI community ever before.’

‘Even before he was chief minister, Modi had lots of friends, lots of supporters throughout the world. That support has become more and more popular within Gujarat as his achievements have become more well known in India and overseas.’

Manoj Ladwa, a young British Indian, is the head of India Inc, a company whose catch-line is ‘taking India global’.

But within Bharatiya Janata Party circles this businessman and lawyer is known as Narendra Modi's special NRI confidante and the man in charge of his communication strategy. He is also one of the men who bats for Modi in the UK, raising his image overseas.

At the BJP's Ashoka Road headquarters, in a quiet corner of the giant media tent, with its orange chairs and green tables, away from the drums, elephants, firecrackers, stilt walkers, faux leopard-skin clothed clowns and supporters jumping manically about with flags, sits Ladwa, looking quite different from the average BJPwallah, in a blue suit and crisp checked shirt. He is watching the proceedings on a giant television screen that beams the results on NDTV, along with several other leaders.

His phone keeps ringing with people congratulating him and he responds in quiet British accented tones quite different from the milieu. He reluctantly agrees to an interview with Rediff.com’s Vaihayasi Pande Daniel and his answers are often cagey and carefully devoid of too much implication. Discreet.

Narendra Modi has a huge support base in the US, in New Jersey particularly as well as the UK...

I am sure they will be having a lot of parties (in New Jersey)!

Yes there will be Modi pakodas! What is the support base and the funding that has helped his campaign from England? Does he have a huge support base in England?

That's not only amongst the Gujaratis but from all sections of the Indian community which is over a million strong and indeed now, especially over the last year, a growing interest amongst the mainstream British community. In Business circles, also within political circles. They have been intrigued and interested in the Gujarat model and they have seen in Modi somebody who is a leader of the future.

Unlike the US, the UK very early on engaged with Modi from the political perspective. It is all welcome.

So did the local Indian population turn their attention to Modi or how did the interest happen?

I think it is the culmination of the development politics of Modi. The enthusiasm shown by the Indian community who has been able to articulate the great work he has been doing in Gujarat. There is a general engagement and interest in India and its growth within the UK. All of these things are coming together.

This kind of massive NRI support has not happened before for a political candidate. Why has it specifically happened for Modi?

Every great thing has its time.

So you do agree that this is unprecedented?

So he is the first leader where the NRIs have also gotten involved with?

I don't think you would have seen this level of enthusiasm or phenomenon in the NRI community ever before.

And what is your role? How did you get involved?

My responsibility was to coordinate the communication strategy of the campaign to ensure that the campaign messaging gets broadcast as widely as possible. And as purely as possible to show that our message empathises with the concerns of the people of India and is reflected in the things that we say. That's basically my role.

When you say purely, what do you mean by purely?

Often what you find is that messages during an election campaign get distorted. Let's add to that the fact that the media over here has not been a great fan or friend of Modi. In certain parts of the media there has been a concerted effort to distort his achievements as a chief minister. So we had to work very hard.

So you have been working over here?

I have been here for the last six months.

What has been your communication strategy? How did you plan it?

(He does not want to go into details) Just get people in a room around a table and discuss it.

And what was your role out of UK?

There are lot of well wishers and friends of Modi of Gujarat, of India. I am one of them.

What is your professional background?

I have my own media business. I am also a lawyer.

But born and brought up in England?

Birmingham. I am a second-generation Indian.

Quite unusual for a second generation Indian to get so involved in an Indian election campaign?

I think I have been fairly lucky that I came into contact with Modi at a relatively young age.

Both in India and when he visited the UK. I met him long before he became chief minister of Gujarat and so I cannot (miss out) in saying how fortunate I was that he reposed faith and trust in me over the years. Whenever I have been able to help I have helped.

Tell me something about him?

I think at last NRIs around the world will feel a pride in the Indian leadership. After a long time we have somebody we can say: Yes, we are with him and he is with us. And that sense of being a global Indian. You don't have to hang your head in shame. It is something that is going to be very special. It is a very special time.

For you personally what is the single most thing about him that appeals to you?

I have known him personally many years. He is a quiet, decent human being that cares.

Whatever the exterior persona that the media may wish to paint, he cares about the basic things in life. He cares about each and every person around him and he cares about ensuring that the people of India get opportunities. For me that is the most important thing.

How is the question about his visa going to be resolved in your view?

That's a matter for the United States. The ball is in their court.

You are saying that the media has not been very supportive? But many sections of the media have been too?

Don't you think their concern about this whole thing was justified and what they were vilifying him for? People wanted to know.

I think the people of India have spoken.

It is not about age. It is about vision. I think today is about Modi. About his victory today. And the party has well supported him. Young. Old. From different backgrounds. From different states of India. From around the world. Everybody has rallied around one leader. One vision.

Any way that you can quantify the UK support for Modi?

It is as enthusiastic as anything you will see.

What is your next job? What are you going to do next? 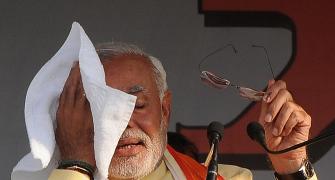 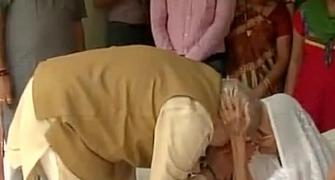 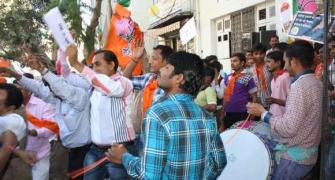 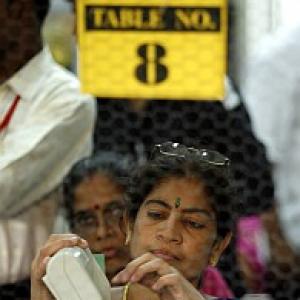