News
Business
Movies
Sports
Cricket
Get Ahead
Money Tips
Shopping
Sign in  |  Create a Rediffmail account
Rediff.com  » News » 'India needs to do much more in Afghanistan'

'The threat of ceding space to China in Afghanistan appears to be one factor propelling our government to get a bit more active now.' 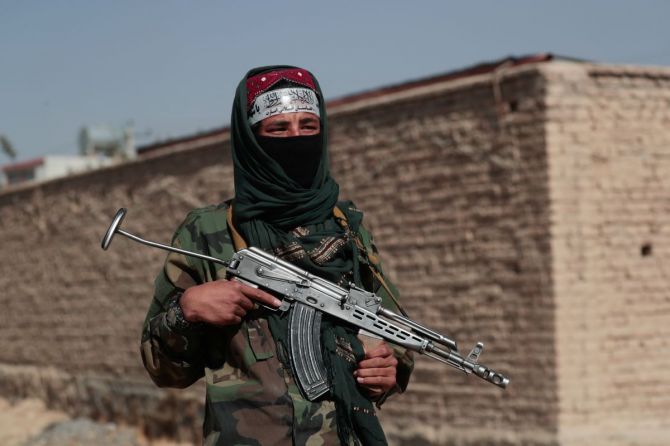 IMAGE: A Talib stands guard outside an UNHCR distribution centrE on the outskirts of Kabul, October 28, 2021. Photograph: Zohra Bensemra/Reuters

On Wednesday, November 10, 2021, India, Russia, Iran and five Central Asian countries vowed to work for ensuring that Afghanistan does not become a 'safe haven for global terrorism' and called for the formation of an open and truly inclusive government in Kabul during a meeting of their top security officials in New Delhi.

"Despite Prime Minister Modi's exhortation at the G-20, we do not know how much, if anything, India has pledged for international aid to Afghanistan," Dr Radha Kumar, a historian who has specialised in ethnic conflict and peace processes, tells Rediff.com's Senior Contributor Rashme Sehgal. The concluding segment of a two-part interview: A matter of concern for India will be the extent and depth of Chinese engagement in Afghanistan. What do you see as being the immediate game plan of the Chinese in Afghanistan?

China's first concern is that the Taliban not allow anti-China Islamist groups to seek sanctuary in Afghanistan for cross-border attacks in Xinjiang.

A more long-term concern is that turmoil in Afghanistan should not threaten the kind of new order that China is attempting to establish in Central Asia through the SCO.

Afghanistan's natural resources offer a tempting incentive for Chinese investment, but that is not an immediate prospect, nor will it become a real opportunity until Afghanistan stabilises.

The Taliban has been welcomed in rural areas of Afghanistan. The people there wanted an end to war that has killed thousands of civilians.
Nevertheless, the key question being asked is will the Taliban be able to deliver and chalk out a map for the economic recovery of this war torn nation?

There are too many imponderables to answer this question with any degree of confidence.

Right now, Afghanistan is in a security, political, social and economic crisis.

The Taliban has adopted a strategy of using moderates within their ranks as interlocutors with the rest of the world, but hardliners for domestic policy and control.

It is not a strategy that can work, given the news trickling out of Afghanistan.

The country is again sliding into fragmentation amid rising factional violence.

There is a major question mark about what position women will enjoy given that the majority have not been allowed to work.
Forty per cent of students in schools and colleges were girls and women. Will they continue to be permitted to study?

Well, the Taliban have said they are working on it, but need time. Your guess on whether they will deliver is as good as mine.

What is the fate of women who had joined the military, police and were in political office?

Sporadic revenge attacks on such women have already taken place, and it seems that many more are being threatened. It is a very grim situation for them. 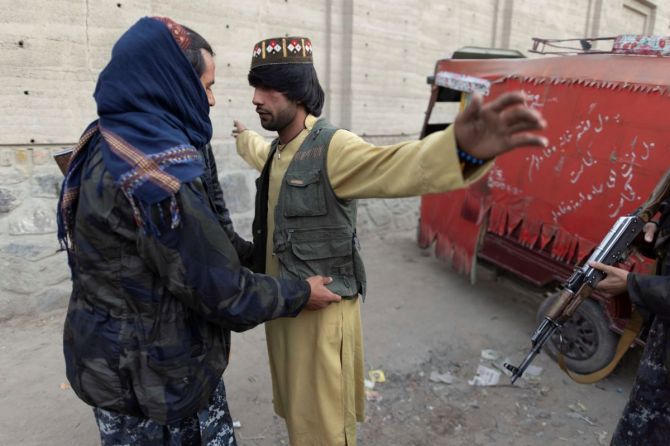 India was taken aback by the developments in Afghanistan. So far it appears unlikely that the Indian government will officially recognise the Taliban government.
By adopting a wait and watch policy are we ceding space to China thereby further endangering our own national security especially on our northern borders?

The threat of ceding space to China appears to be one factor propelling our government to get a bit more active now.

Of course, much more is required.

Despite Prime Minister Modi's exhortation at the G-20, we do not know how much, if anything, India has pledged for international aid to Afghanistan, through the UN.

Nor is the home ministry expediting visas for Afghans; quite the contrary.

Many US allies have said they were not consulted on all aspects of the deal with the Taliban! It appears that the US-Taliban agreement signed at President Trump's initiative did not contain any commitments by the Taliban, not even those discussed earlier at Doha. Quite amazing. 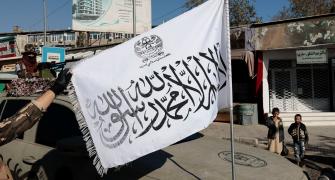 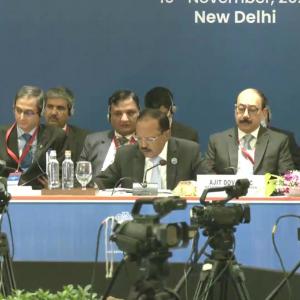 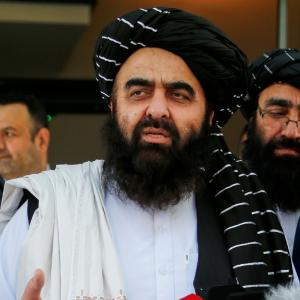