The activation of diplomatic channels is likely to yield better results than a simmering hostility, recommends Ajai Shukla. IMAGE: Talibs and their armoured vehicle block a road near the presidential palace in Kabul, September 2, 2021. Photograph: Reuters

As dawn broke on November 13, 2001 -- 20 years ago, almost to the day -- a Northern Alliance army raced across the Shamali Plain, southwards towards Kabul, just a couple of hours away.

Accompanying these grizzled fighters was a small battalion of journalists, all of us acutely aware that this was an exceptional moment in history. I was amongst them -- the only Indian journalist to have remained in Afghanistan during those momentous months, reporting the build-up of anti-Taliban militias, the capture of Kabul, Osama bin Laden's escape into Pakistan and the scattering of the Taliban into Afghanistan's southern provinces.

Backed by US military air power, the mainly Tajik, Uzbek and Hazara soldiers of the Northern Alliance would, on that crisp, late-autumn day, recapture Afghanistan's capital from the mainly Pashtun Taliban, which had seized it in 1996, hanged Afghanistan's president -- the redoubtable Mohammad Najibullah -- from a lamp-post with his severed genitals stuffed into his mouth, and then unleashed a five-year reign of terror that would now be ended by American wrath after the Taliban provided al-Qaeda safe haven in Afghanistan and allowed Osama bin Laden to plot to bring down the twin towers of the World Trade Center in New York city.

With surprisingly little fighting or firing -- a feature that could also be observed in the August 2021 Taliban offensive -- our vehicle rounded a curve and there, visible from the Khairkhana Pass, lay Kabul, sprawled before us.

Like the Taliban today, Northern Alliance generals had given their word that they would stop outside Kabul and allow a peaceful transfer of power. Any misbehaviour by their forces would bring back memories of the mujahideen infighting between 1992-1996 that had reduced Kabul to rubble.

Walking into Kabul in November 2001, one of my first actions was to visit the Indian embassy. With the gates chained and plaster hanging from the roof, it was clear that there had been no diplomatic activity here for years. The embassy staff had been evacuated in September 1996, just hours ahead of the Taliban's entry.

That New Delhi has been forced to evacuate its embassy staff from a country where India is held in the highest esteem underscores the failure of India's diplomatic policy in Afghanistan. For 20 years, New Delhi has failed to reach out to the Taliban and build bridges for even a basic conversation.

As a consequence, New Delhi finds itself without official levers or dialogue channels in a country where India and Indians are held in the highest esteem.

In a long conversation I had in 2012 with senior Taliban leader, Wakil Ahmed Muttawakil, who was the Taliban government's ambassador to Pakistan (and, therefore, an isolated Taliban's channel to the world), put to me the question: 'Why does India not want to engage us in dialogue? We have been consistently sidelined by New Delhi, but we are still eager to talk to them. But New Delhi refuses to talk to us.'

When I put it to Muttawakil that India regarded the Taliban as a Pakistani proxy, he responded: 'We are Pashtuns and we dislike those Punjabis who rule Pakistan. When we (the Taliban) take important decisions, we take them in our national interest. We may be conservative Muslims, but we are Afghan nationalists, not Pakistani puppets.'

The old Taliban leader ended our conversation with this piece of logic. 'Everyone in Afghanistan, whether Tajiks, Uzbeks, Hazaras or Pashtuns loves India and all Indians. How can the Taliban go against this wave of popular opinion?'

It would appear that, willy nilly, New Delhi will have to engage with the Taliban and the government in Kabul that these fundamentalists dominate. India's traditional partners of the Northern Alliance are fading away and the Taliban has demonstrated that it has the military forces needed to control Afghanistan.

With the capture of billions of dollars of weaponry that the US and others have equipped the Afghan National Army with, the Taliban is likely to become even stronger. The activation of diplomatic channels is likely to yield better results than a simmering hostility. 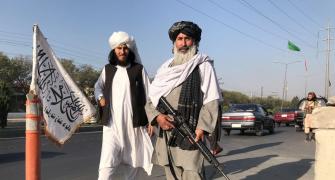 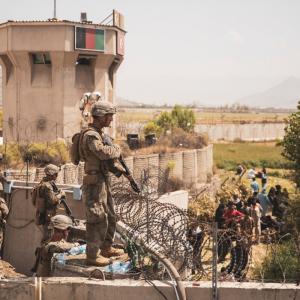