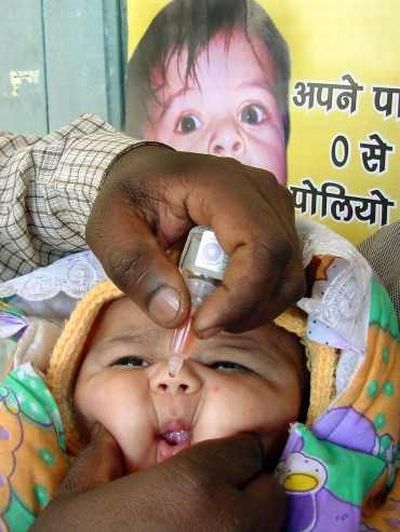 'In 2009 we had 741 cases of wild polio virus. This was the highest in the world. We ran the most apolitical crusade ever. We had the support of every government. We were never short of funds. The central government spent Rs 1,000 crore a year.'

'In 2010 we had 42 cases of wild polio virus. From 42 to 0 was our most difficult phase,' Mission Director Anuradha Gupta tells Rediff.com's A Ganesh Nadar in an exclusive interview about India's monumental campaign to eradicate polio.

India is on the verge of being declared polio-free by WHO. No case of wild polio virus has been reported in the last three years.

But the fight has not been easy. It meant long hours of tedious, repetitive work and it was the result of 18 years of toil by thousands of committed people.

Anuradha Gupta, right, below, the Mission Director of the National Health Mission, and an additional secretary at the Union ministry of health, spoke to Rediff.com's A Ganesh Nadar about the long, historic, battle to eradicate polio from India.

Please tell us about the journey from the beginning.

This programme began in 1995 when we started concentrated immunisation. At that time we were looking at 50,000 cases a year. It was not an overnight success.

Though the numbers did come down, we were nowhere near eradication.

What happened was that some states became polio-free before the others.

In Mumbai also, there was a huge migrant population in the high-risk category. We had lots of cases there.

It is the most apolitical crusade ever. We had the support of every government.

We were never short of funds. The central government spent Rs 1,000 crore a year.

We formulated special strategies for certain areas like Moradabad in Uttar Pradesh. We were innovative and did what was needed for that particular area.

Apart from routine immunisation we also started talking about clean water and sanitation.

Our breakthrough year was 2010. The P1 and P3 bivalent oral polio vaccine was used for the first time. It was a path-breaking vaccine and it was developed in India.

We had to work very hard. Micro-planning had to be done and we achieved more than 99 percent vaccination in Bihar.

We reached the children in trains, in boats, in the ocean, in the river, on hilltops and in the reserve forests.

There was only one case in 2011, on January 13 in Howrah, West Bengal, and we responded aggressively with a speed that was unprecedented.

It was a robust partnership between the central government, state governments, the World Health Organisation, the Unicef, Rotary International and several others.

Earlier, there was resistance in certain communities, but we won it over by mobilising religious leaders as vociferous advocates. We followed children in fairs, religious gatherings and anywhere where people came together.

It happened because everyone came together and joined hands.

How did you get two million volunteers?

They are our own people. Under the National Rural Health Mission we have nine lakh (em>900,000) Ashaas, two lakh (200,000) Auxillary Nursing Midwives, then there are anganwadi workers and finally the volunteers.

We reached more than 17 crore children in a single round with 23 lakh vaccinations.

Who did the publicity campaign -- the Sundays advertised so well that everyone knew about it?

The government paid for it, we received invaluable support from Unicef.

What about the tribals of Andaman and Nicobar?

We reached out to them.

What about the Naxal areas?

We never had a problem in the Naxal areas.

There are tribals still living in isolated forest areas. How were they covered?

We reached out to every place with micro-planning and effort.

Did the state governments cooperate or was the entire exercise undertaken by the Union health ministry?

State governments were very cooperative. We did the planning and direction and funding. The state government machinery did the work on the ground.

What have you learnt from this exercise?

That when a nation gets determined, you can do it.

When attention is given to detail, to micro-planning, seamless partnership -- then nothing is beyond you.

What is the next disease you are targeting?

Our next target is to eliminate measles.

We have immunised 12 crore (118 million) children during the measles campaigns we conducted in 14 states (where evaluated measles coverage was below 80 pc). We are now giving the second dose to eliminate measles under UIP in the whole country.

How is the fight against tuberculosis working out?

Wonderful. Our detection and cure rates have been good. The progress we have seen is encouraging.

We have improved our detection methods and now there is sharper focus on pediatric TB and TB among HIV patients.

Sanitation goes a long way in the prevention of diseases. Do you have a long-term strategy for that?

We are paying attention to social determinants like water, sanitation, hygiene and nutrition.

Personal hygiene is also high on our agenda.

Low nutrition and anemia are some of the areas we are focusing on.

Early age of marriage is a challenge.

Several ministries are working on social determinants of health. It is a highly convergent effort.

Images: Top, An infant is immunised against polio. Below, Anuradha Gupta. 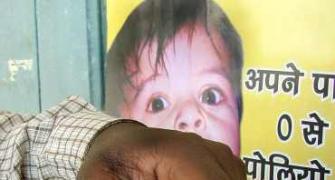 Polio vaccination for Pak travellers must from Feb 14 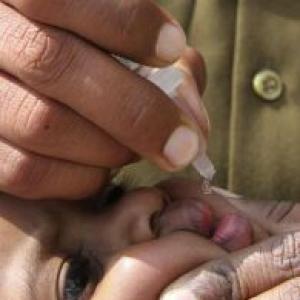 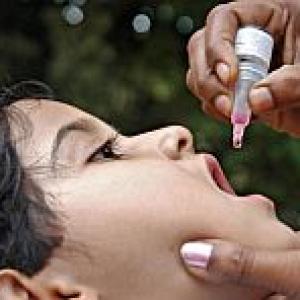