News
Business
Movies
Sports
Cricket
Get Ahead
Money Tips
Shopping
Sign in  |  Create a Rediffmail account
Rediff.com  » News » 'Govt is not stepping in to heal the wounds'

'Govt is not stepping in to heal the wounds'

'Right now, only religious groups of Hindus and Muslims are working on the ground.'
'The government is missing.' 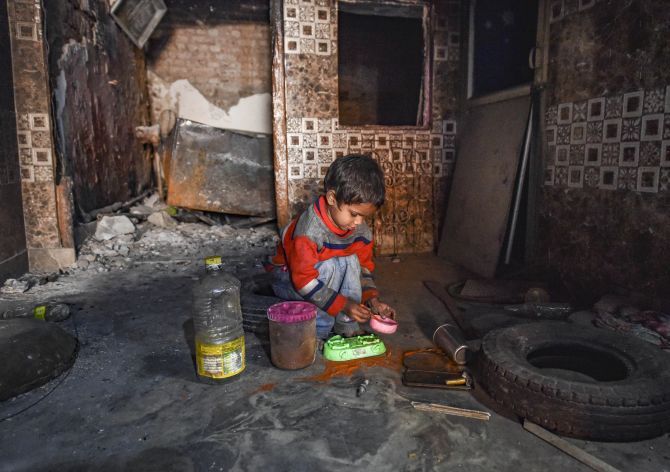 A team of doctors recently visited the riot-hit north east Delhi on a fact-finding mission and in their report recommended that large-scale, organised efforts are needed to heal the physical, mental and social wounds of people.

The doctors, under the banner of the Progressive Medicos and Scientists Forum, released a report narrating their assessment of the situation around the time of violence and the condition of health facilities in the violence-torn area.

Dr Harjit Bhatti, convener of the forum, tells Rediff.com's Syed Firdaus Ashraf what they found out about the riots which shook the nation and took the lives of 53 people last month.

Why did you doctors go to the riot-affected areas?

We got a call on February 25 amidst the riots. There was one hospital called Al-Hind in the old Mustafabad area. It is a 10-bed hospital and didn't have facilities.

I got the call because we had set up a medical camp earlier over there (prior to the riots to help poor people). Our organisation, Progressive Medicos and Scientist Forum, worked there.

We got the call because during the riots they had many patients who needed medicines. They wanted us to send medicines across, which we did in our ambulance.

They beat up the ambulance driver and with great difficulty he took his vehicle to another side.

I then called Al Hind hospital and told them the spot where our ambulance with medicines was parked and waiting.

The hospital's workers and volunteers somehow got on several motorbikes and reached the spot where our ambulance was waiting. They then took the medicines to Al Hind hospital.

Later in the night, it was only when activist Rahul Roy went to the Supreme Court that the ambulances were allowed to enter the hospital and this is how we got in touch with those riot-affected people.

What is the current situation in north east Delhi?

The people of north east Delhi are still suffering. The patients are scared and there is police harassment going on. Female patients are in anxiety and have chronic diseases.

This is the first time I am attending to duty post riots. The Delhi riot victims are suffering from psychological trauma. This news has not been highlighted yet.

This is a densely populated area and there are small kids who are suffering psychologically. They have seen their parents crying. They have seen deaths closely and their growth will hamper.

The government must do something about this issue. There has to be some temporary psychological set-up from the government side so that these people can be treated.

The police too can co-operate and not harass the riot victims, like if someone's car is burnt the police asks who did it. Simple logic is, how can the owner of the car who is a riot victim know who has burnt his car?

In the long run, this is very damaging to society as a whole as children are in psychological trauma.

Did you provide psychological counselling too?

We are not doing that now. This is a huge task and the work has to be done on a large scale.

Do you think the Hindu-Muslim divide in north east Delhi can be mended?

I don't think that way. There have been monetary losses and the Muslim community suffered more, but lives have been lost on both sides.

There is a divide, but then there are many good stories of where Hindus were saved by Muslims and vice versa. You will get many such stories.

The issue now is the government is not stepping in to heal the wounds on the ground. There is brotherhood between Hindus and Muslims in north east Delhi for sure, but the government has to give a healing touch.

What must the government do, according to you?

In such times, the government must step in because people are emotionally weak towards their respective religion in these times. They can recover well if the government steps in and takes measures to promote brotherhood in society.

Right now, only religious groups of Hindus and Muslims are working on the ground. The government is missing. And people are only saying that pandits and maulvis are helping them whereas the government and others (civil society) have dumped them. 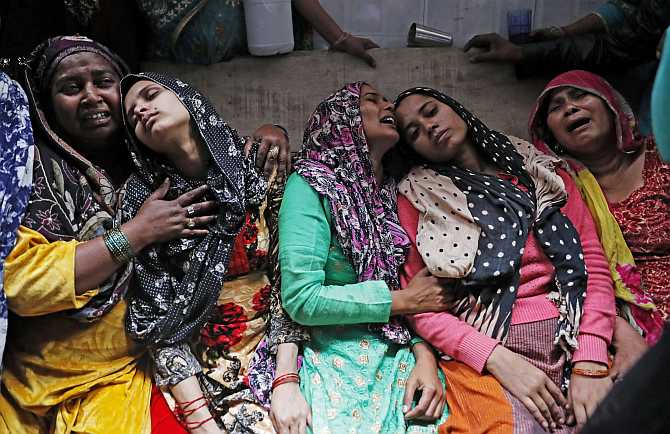 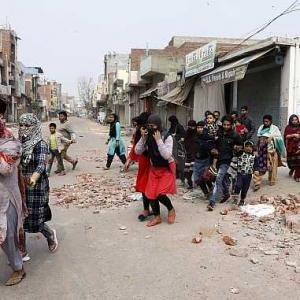