'Respect the pledges you have made to the people of Kashmir.'
'Jammu and Kashmir is not like any other state of the country.' 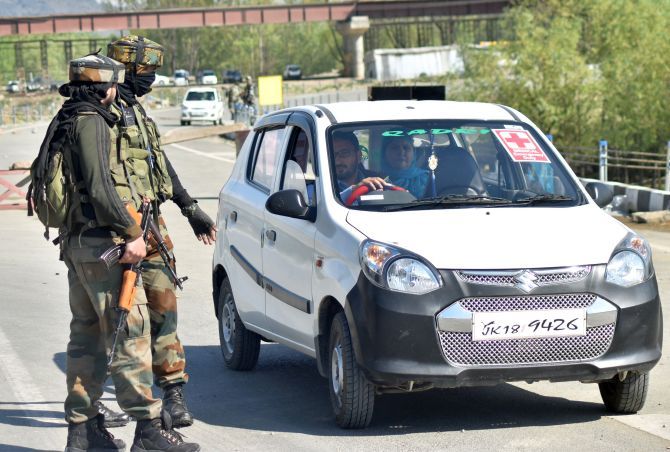 Anantnag is one of the Election Commission's anomalies this year. It is the only constituency in India where voting is scheduled over three phases -- April 23, April 29 and May 6.

It was an unprecedented move in keeping with the security situation in South Kashmir. Such a move was not resorted to even at the peak of militancy.

Pulwama, where 40 CRPF personnel were killed, falls in this constituency. The killing of Burhan Wani in the district had engulfed Kashmir in unrest for 7 months in 2016.

Anantnag is the family borough of the Muftis, and was won by Mehbooba Mufti in 2014. She vacated the seat on becoming chief minister and her brother Mufti Tasaduq Sayeed was in the fray in the by-election, but the election had to be cancelled because of poll violence that left 9 dead in May 2017.

It was against this background that a 3-phase election was ordered where Mehbooba Mufti is in a face-off with National Conference candidate, retired judge Hasnain Masoodi.

The first two phases, recorded a dismal voter turnout, at 13.63% and 10%. Incidents of stone pelting were also reported.

Judge Masoodi, a fresh entrant in politics, believes Kashmir needs elected representatives who can understand and interpret the Constitution. He tells Rediff.com's Archana Masih that the dismal turnout reveals people's anger against Mehbooba Mufti and the government she ran in alliance with the Bharatiya Janata Party.

Why was there such a low turnout in Anantnag?

There was a low turnout in Mehbooba Mufti's hometown. This showed voter's rejection. Voters show their resentment in two ways -- to vote or not to vote at all. This time people did not come out.

There is a lot of anger and her constituency was worst hit by it. It was essentially a vote against her.

For four-and-half years they have scripted a history of death and destruction -- 91,000 houses attacked in nocturnal raids, thousands behind bars, gross human rights violations well documented and repeated assaults on our autonomy under her government.

Low voting percentage could not have been only because of anger against Mehbooba Mufti. There must be other reasons as well.

The administration clubbed polling booths into clusters because of which some booth were 6 to 8 km away.

The government made it practically impossible for voters to access the polling booths.

What is the point of securing polling booths if there are no voters!

One major reason for low percentage is apathy from the central government. They want to convince the rest of India that they are strongest. The same error was done by the Congress.

Delhi uses Kashmir as a tool.

They shift Kashmiri detainees to out of the state, asked leaders to come to Delhi to answer questions when they could have done so in Srinagar.

They lose no opportunity to humiliate Kashmir. They want to show that they have taught or are going to teach Kashmiris a lesson.

How safe is Kashmir to campaign for candidates?

Pulwama is my home constituency. Our gatherings were well attended in Kokernag, Qazigund, Kulgam etc. I must have attended 100 meetings.

How can tempers be soothed on the streets of Kashmir?

It is not only development or employment. There are major issues, but the anger is because the political aspirations of young people is not addressed.

The Government of India has worked on different strategies in the last 70 years, but what have been the results?

Thousands and thousands attend funerals. There have been instances when unarmed people go to save people who are holed up -- this tells you something, but nobody is willing to understand.

The Government of India thinks they can finish this by high handedness and use of maximum power.

Kashmiris are very tough people, in spite of the history of humiliation.

Respect the pledges you have made to the people of Kashmir. Jammu and Kashmir is not like any other state of the country.

We have an identity and have autonomy.

Why should a Kashmiri religious leader who commands respect be called to Delhi to answer questions? Why can't it be done here? All this is meant to humiliate.

What is the way forward because politicians of Kashmir have also failed the people?

Politicians are helpless with being browbeaten by the Centre. Our assembly passed an autonomy resolution which has its own sanctity, but the resolution was not accepted. 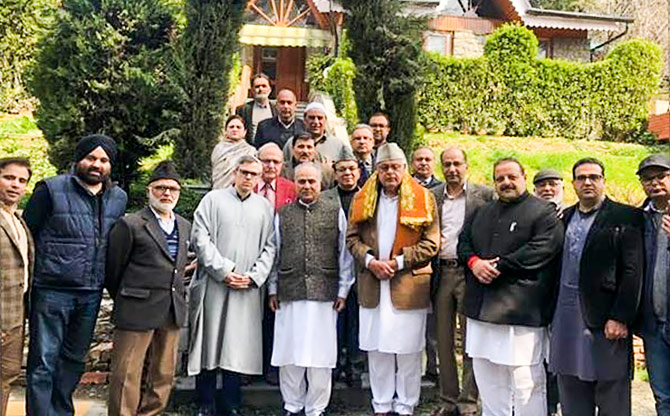 What would you do if you are elected?

We need legislators with an understanding of the Constitution. The Kashmir dispute is essentially a political dispute. Unless and until it is settled, other things do not mean much.

Our PhDs, professors are joining the ranks (of the militants) because of unemployment. We have tourism infrastructure, but no tourists. Real questions need to be addressed.

Secondly, it is economically unwise for the country not to settle the issue. We spend Rs 1.5 billion every month on controlling this strip of land -- Rs 15 billion in a year -- in a country where children die because there is no oxygen, where farmers are committing suicide because they fear they will not be able to get their daughters married! 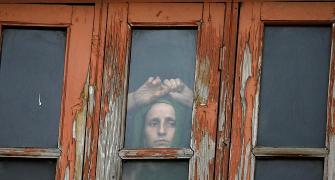 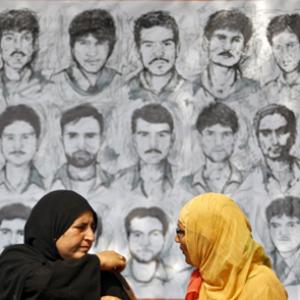