News
Business
Movies
Sports
Cricket
Get Ahead
Money Tips
Shopping
Sign in  |  Create a Rediffmail account
Rediff.com  » News » 'There is a general shift in Chinese behaviour with the world'

'There is a general shift in Chinese behaviour with the world' 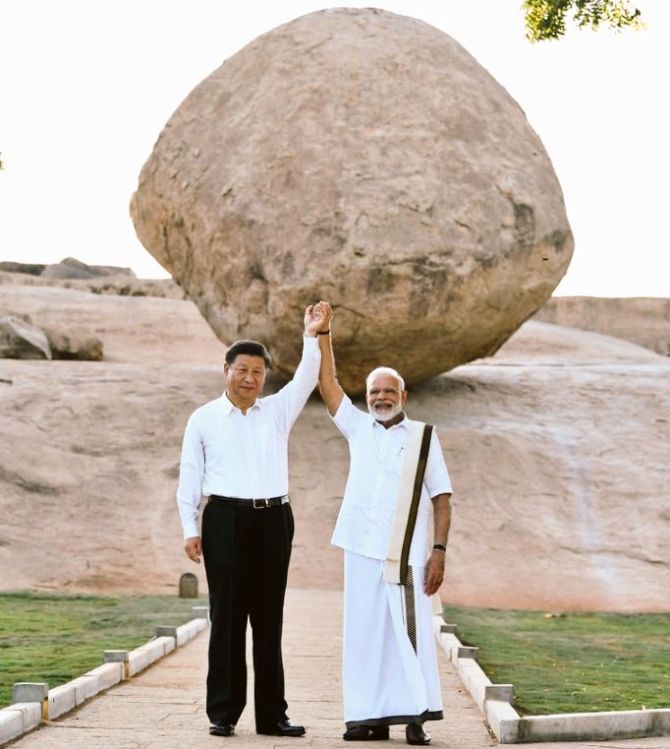 "China's reaction to this partly, I think, because of the domestic stress and the economic stress at home is to rely on nationalism to unite the population," Shivshankar Menon, former national security adviser, former foreign secretary and former Indian ambassador to China, tells Karan Thapar.

Mr Menon, why have the Chinese chosen to do this now in the middle of an international crisis and an increasingly depressing economic crisis? Why now?

Well it seems to me that this is not just signalling because if it's signalling, it's the most inefficient way of signalling, where we're all guessing what the signal is.

I think it seems to me that it's part of a general pattern and a general shift in Chinese behaviour in the way they deal with the world.

What I supposed the Chinese themselves have called wolf warrior diplomacy.

All governments, I think, feel under pressure in the present situation because none of them has covered itself in glory in dealing with the pandemic.

Secondly, it seems to me that all the powers are actually being diminished by the crisis and this is, as you said, a health crisis.

It's an economic crash and politically their prospects, everybody's prospects are much harder.

And I think there is both internal and external stress certainly on China and China's reaction to that has been to rely on ultra-nationalism.

They are in the midst of a tariff war with Australia.

You can see the kinds of comments that the US and China make about each other.

So all told it's a much more factual situation for China.

China's reaction to this partly, I think, because of the domestic stress and the economic stress at home is to rely on nationalism to unite the population.

They are finding internal people to blame and this problem I think therefore exacerbates all these tensions and hotspots and flashpoints that we have.

So in a sense, the Covid crisis has actually added to the load on governments and they are retreating.

I think somebody once said that the last refuge of all scoundrels is patriotism covering themselves in the flag and demanding that their citizens rally around the flag.

So your explanation for why China is behaving in this way at this time is that this is a general almost across the board assertiveness that China is showing.
You mentioned their relationship with Australia, with America, Taiwan, Hong Kong, the South China Sea -- this fits into that pattern of an assertive wolf warrior that China is pushing itself forward, as you said, both for external reasons but also internal.
Is that a correct interpretation of your answer?

There is an alternative explanation which I don't hold to, but where people say that China thinks that now is her moment -- that the rest of the world has been so weakened by the Covid crisis that this is the time for her to assert primacy and in the world order.

I am not sure that is the case.

In fact, I think all powers have suffered in this crisis and I think they are all emerging out of it much diminished -- both in terms of economic power, in terms of political, military power, but also in terms of reputation and soft power. Let me put you a view expressed by Jayadeva Ranade in an article that he wrote for Strat News Global.
He is writing as president of the Center for Chinese Studies and Analysis.
He says there is a certain amount of domestic pressure growing against Xi Jinping and he mentioned things like dissatisfaction with his one-man rule, dissatisfaction with intrusive party surveillance, the initial mishandling of COVID-19, and the fact that apparently in March, unemployment in China touched levels of 70 to 80 million.
And he says that these domestic pressures might make it difficult for Xi Jinping to agree to any concessions to India without actually having some substantive gains to show.
In other words, Xi might not be able to back off.
He may want that one extra step for China to be recognised and accepted by India.
Do you think that this could also be a factor?

It seems to me this is what I meant when I said there's domestic stress there was obvious political public anger at the way that the COVID-19 pandemic was handled in China at the beginning.

And certainly, external tensions have proved a useful distraction for the regime in China.

Now, how much is personal to one leader or another, I don't know.

But all the signs of domestic stress are there -- including the Communist Party calling on officials to report honestly, and not to just report what leaders want to hear in a general circular which they published in the People's Daily.

So I think the signs are all there of domestic stress, and therefore all external distractions are welcome for the regime.

But this is equally true for other regimes today in the world, and this is why I think the crisis has made the world a much more dangerous place.

Now how far this reflects on individual leaders this I find very difficult.

So if anybody in India knows how it works it's probably Jayadeva.

Edited excerpts from an interview with former National Security Advisor Shivshankar Menon by Karan Thapar for The Wire, June 12. 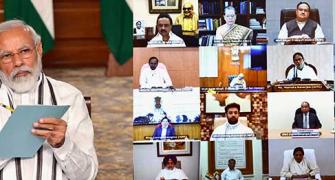