'The resignation has been more like a statement. Like an alarm bell that "Look, something is wrong".'
'I am saying that "Look, I rang the bell, but I am also going to provide solutions".' 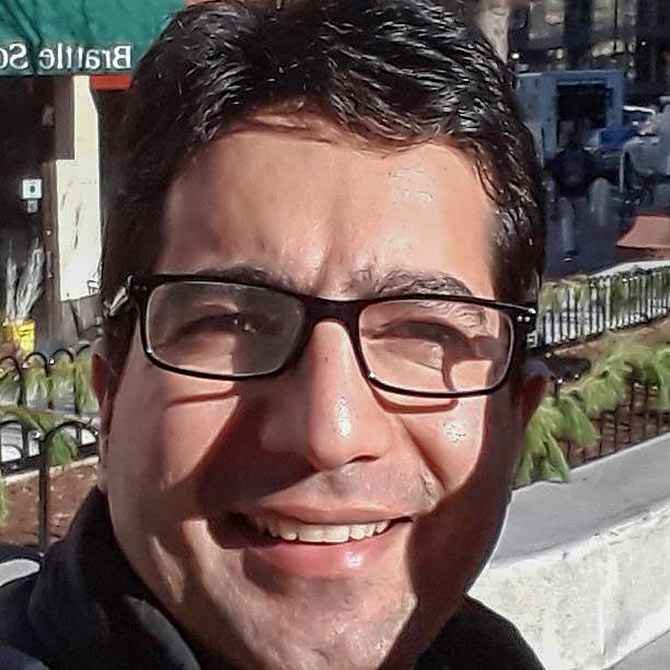 Faesal, who trained as a doctor, returned to India after a fellowship at Harvard University's Kennedy School last month.

In a telephone interview from Srinagar with Rediff.com's Archana Masih, Dr Faesal speaks about the urgent need to fill the political vacuum in Jammu and Kashmir, how the problem of stone pelters can be dealt with -- and why even though he worries for his life sometimes, he is not cynical, sceptical or pessimistic about Kashmir.

You haven't said whether you will join any particular party or form a new party -- I am sure political overtures have been made to you. What are your immediate plans?

Honestly speaking, it would have been very easy for me to join any existing political party. It was somehow in my mind to do that because it would be very easy for me to win an election, but the outpouring that the people of Kashmir, especially the youth, have shown has completely surprised me.

I have been meeting youngsters in the past few days and at least there is one consensus that I should not be joining any existing political party.

This entire energy which has been released, my difficulty is how to direct it.

You have said there needs to be a reworking of the relationship between the Government of India and Jammu and Kashmir to ensure the aspirations of the people. What are the most important things that need to be done?

1. One constituency which I am trying to appeal to is those who don't have faith in electoral politics. That is an untapped space.

Being in a conflict zone, that is a space which actually has the mistrust of the people. They believe electoral politics does not provide any solutions.

I am telling them we are here for good governance and if you give us the opportunity, we will be getting better people into the system.

2. Make them understand that we will ensure that New Delhi at least understands that there is a problem in Kashmir.

There has been a massive denial about Kashmir. They call it a development issue, job issue, electricity issue. Delhi needs to understand that it is a political issue.

Politicians cannot keep holding on to something that is not sustainable while people are getting killed.

Electoral politics is at the verge of decimation if killings continue in such a way and there is no political initiative from the government.

We are telling the basic truth about Kashmir. The idea will be to ensure some sort of peace process, dialogue between Delhi and the Hurriyat Conference by telling Delhi that the Hurriyat does have a representative character. IMAGE: Kashmir came under President's rule after the Bharatiya Janata Party withdrew support to the Peoples Democratic Party government in J&K. Like many times in the past, the state is now governed directly by New Delhi. Photograph Umar Ganie for Rediff.com

Politicians in J&K are irrelevant until the regime in Delhi agrees to go along. How do you think that barrier can be overcome?

Politicians in Kashmir are irrelevant because they do not have an electoral base. We want to ensure that the legislator who gets elected has electoral legitimacy. He can at least go out into the constituency, speak to the people and be honest with Delhi.

These days an MLA can't even walk out of his home.

This will bring legitimacy to the electoral process and also give them courage to speak to Delhi.

You said MLAs fear going out of their homes. While making this decision, at any point, did you fear for your life?

I am operating in a space that does not belong to anybody. It neither belongs to the State or the non State. It is a very dangerous space.

There are a lot of people who are operating and you don't know whose territory you actually may be encroaching upon unconsciously.

It is a risky space. I do feel at times worried about myself.

What was the trigger that made you resign from the civil services? How long has it been coming?

There was a new cycle of violence and no credible political system.

For someone like me who has been part of the law and order machinery, it has been very difficult to tell the central government that Kashmir is not a law and order situation, but we need to address it politically.

It was important for me to make this statement at this stage that the central government should remember its responsibilities towards the people of Kashmir.

Were the seeds for resignation sown during your tenure in the IAS and flowered while you were in Harvard till last month?

Harvard enabled me to look at the situation in a more detached way.

As I was part of the government, I had a very statist view. Once in Harvard I realised that there could be other perspectives also which were missing, more so the people's perspective.

As somebody who was looking after law and order in Kashmir, usually we could never understand the people's perspective -- like why are people picking up the gun?

We were not addressing the 'why' of it.

At Harvard, I could figure out that perspective. I could meet people there who have given up great things in their lives to pursue public service -- poverty, human rights, left corporate jobs to teach.

The courage also came somehow from my Harvard stint.

You mentioned the 'why' behind young people picking up the gun. At the funeral of a terrorist Zeenat-ul-Islams, slogans were reportedly raised against your move to enter politics. How are you going to engage with young people who lionise such terrorists?

You have to understand where those slogans come from. Youngsters perceive electoral politics as a betrayal of the sacrifices of the people.

Once elections are conducted, Delhi shows those elections as the affirmation of the status quo in the people of Kashmir.

So now people are saying anybody who wants an election is a traitor. It plays to the rhetoric which is against the people.

The difficulty is how to possibly convince and communicate with Kashmiri youngsters today that electoral politics could be used constructively as a means of dispute resolution by not allowing New Delhi to play it wrongly. IMAGE: A Kashmiri student hurls a stone at the security forces in the Kashmir valley. Photograph: Danish Ismail/Reuters

How do you think the problem of stone pelters can be solved? They attack security forces and hamper anti-terrorist operations.

In the last 10 years we have been using the military, security forces to tackle stone pelting. But have we been successful?

Fundamentally, you have to understand the motivation which turns a youngster into a stone pelter. When you say this guy has been given Rs 500 to become a stone pelter or being religiously indoctrinated to become one, you are basically missing the point.

You are applying the wrong medicine because your diagnosis is wrong.

You have to look at the motivation behind stone pelting and militancy. Why would somebody put his life in peril and pick up a stone or a gun?

All the measures against these will be cosmetic and fail unless you understand the motivation.

We cannot speak of Kashmir without the Pandits. They have been in exile for 30 years. What are your thoughts about their return home?

I have a young child, my worry is he might never hear what a Kashmiri Pandit is. He may never get to study with a Pandit child.

I see a sense of urgency. I feel they have to come back.

What is our civilisation, our culture without the Pandits? Nothing.

I have been very vocal about the return of Kashmiri Pandits all these years. The government should really ensure that they come back soon.

How can that be brought about?

By creating conditions in Kashmir where their return can be facilitated.

When you are not ready for dialogue, not ready to even discuss de-escalation in Kashmir -- nothing else is going to move. Even the Pandits cannot come back. It is all related.

When the violence level comes down and there is a political initiative, discussions on their homecoming can be undertaken.

Why do you think politics is a better way of serving people than the civil services? You were serving the people even by being part of the system.

It is related to the dignity of the people because there is such a political vacuum in the state at the moment that it was important for me to try and occupy space which has been abandoned and on which youngsters have no faith.

Solutions to political problems would be expected to come from that political space. I realised it was important for me to first attempt the more urgent issues of dignity than development.

How do you think your resignation will make a difference to the situation on the ground?

The resignation has been more like a statement. Like an alarm bell that 'Look, something is wrong.'

I don't believe in cynicism or scepticism or pessimism.

I am saying that 'Look, I rang the bell, but I am also going to provide solutions.'

I am trying to meet young people to tell them that there will be right people to give you good governance, representing your aspirations and telling the truth about the problem in Kashmir. 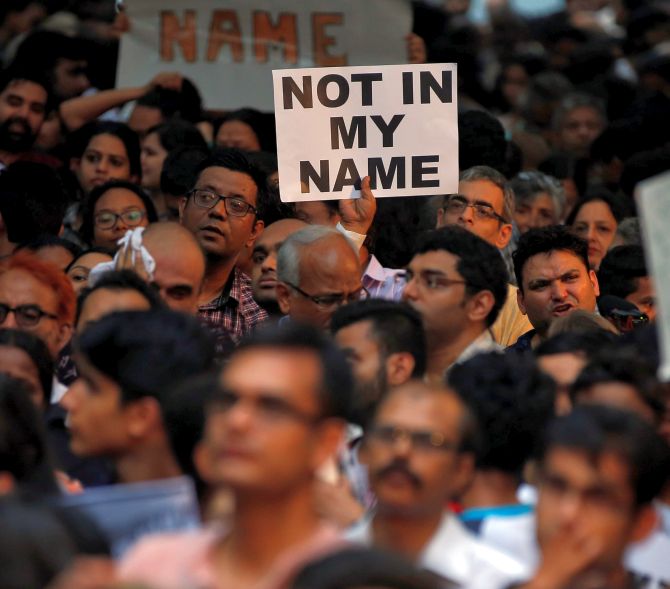