News
Business
Movies
Sports
Cricket
Get Ahead
Money Tips
Shopping
Sign in  |  Create a Rediffmail account
Rediff.com  » News » 'Will no one rid me of this meddlesome hack?'

'Will no one rid me of this meddlesome hack?'

'The whispers and the murmurs had reached even the king's private quarters.'
'Of a royal surgeon wielding a chain-saw like a carpenter; a chemist with a cannister of acid; the royal chief executioner instructing someone about the fine art of handling swords...'
'All this being supervised by Mohammed's closest confidant.'
B S Prakash glances at the Jamal Khashoggi killing, two months after the dastardly deed.
Illustration: Uttam Ghosh/Rediff.com 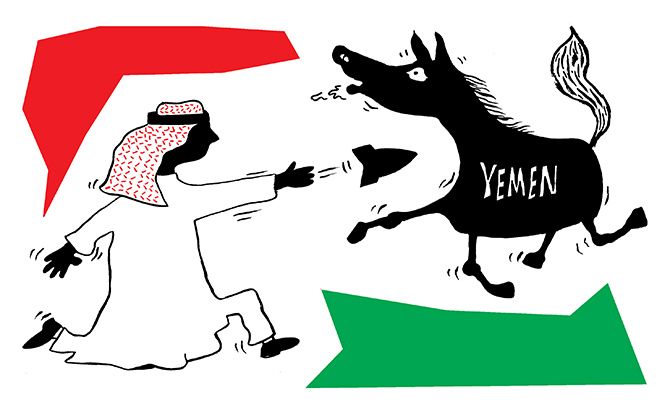 The king was not feeling well.

He knew the Arabic version of the saying 'Uneasy lies the head that wears the crown' -- something to the effect that 'Sand inevitably gets into the royal gown'. Still, he was feeling particularly despondent today.

His media advisor -- a PhD in English from Harvard no less, a nephew who had been sworn to tell the truth and not hide the facts, however unpalatable -- had told him, trembling with trepidation, that Western analysts were concluding that the king had 'dementia' or 'growing senility' and was incapable of decisions concerning the kingdom.

The previous night, nightmares had haunted His Majesty.

They featured that snake Erdogan, the current sultan of Turkey. King Salman had learnt in his young days, sitting in the lap of his father, King Abdul Aziz, the very founder of the nation, that the Turks were enemies of the Arabs.

Had not the Ottoman empire ruled over even Mecca and Medina till the First World War?

What was Erdogan now trying to do to his crown prince, his dear, beloved Mohammed?

As he thought of his favorite son, the king sighed. The doctors had advised him to recall only pleasant memories and he tried to bring back fond images.

Mohammed as a young boy -- how he pelted stones accurately at royal horses. They -- the horses and courtiers -- were always afraid of him.

Or the revered maulvi who used to come to the palace for Arabic lessons. How Mohammad loved to pull his beard!

Or the time Mohammed crashed King Fahd's favorite Ferrari at the tender age of 14 and regaled his cousins about how his uncle then crown Prince Abdullah had gotten angry.

Oh, Mohammed, you were always so naughty and had that endearing streak of cruelty, so befitting of princes, the king thought.

But had Mohammed gone too far this time?

Why take so much interest in a commoner, that too a mere journalist, writing for some Washington newspaper?

In one of his lucid moments, the king had asked his son: 'Can't you just silence that Jamal Khashoggi? Buy him off? Or buy his wretched paper? Why does he bother you so much? Just shut him up.'

'That is what I am trying to do, father,' MbS had replied, except that the king did not take him so literally.

'He is just a hack. Can't you ignore him?' the king had suggested.

'How do you expect me to accept criticism from a Saudi?' MbS had gone on. 'I thought he was okay. He even praised me for opening up the kingdom and clamping down on the mutawa , the religious police. So, I started seeing his columns in the Washington Post. But I soon realised how dangerous he was.'

'He started giving me advice about how to run the country, how to allow people to express their opinion. Even that, I digested. But he started objecting to the Yemenis being bombed. He wrote that we had wronged Qatar. Imagine! He had to be silenced, but he was hiding in the US or in Turkey. That was the problem.'

'Oh, I see. But all this was in the American newspapers. It is not as if Trump or Pompeo or anyone here takes them seriously,' the king said, quite coherently, he thought, despite his mind getting cloudy.

'Your majesty, my dear father, you are 86 years old. The world has changed. The Internet and Facebook has invaded our land and we can no longer ban them. Nor can Trump, despite his intentions. What the world thinks of us, of me, matters.'

'I have worked so hard to be seen as a liberal, transparent, young reformer. As the crown prince who liberated Saudi women overnight and created an entire new market segment for BMW with a feminist styling. As an economic genius with a vision 2030 for the kingdom where manufacturing and innovation would flourish and Apple and Intel compete to establish their Arab HQ.'

'And here comes Khashoggi trying to taint my name with talk of human rights and press freedom. He had to be stopped. Will no one rid me of this meddlesome hack?'

The king recalled with what fervour and anguish the crown prince had cried out.

Oh, the palace had not known peace since then.

All the hushed confabulations. The whispers and the murmurs had reached even the king's private quarters.

Of a royal surgeon in a white coat wielding a chain-saw like a carpenter; of a chemist with a cannister of burning acid; of how the royal chief executioner from Jeddah's chopping square instructed someone about the fine art of handling swords; all this supervised by Mohammed's closest confidant.

'Is it really so difficult to kill a man, and that too in a foreign land? Don't the Russians do it regularly and that too in Western lands? Why didn't we contract it out to them for a tidy sum? What is money meant for?' the king thought of asking his son.

As if on cue, the royal chief of protocol entered and announced that MbS was waiting to greet his father.

'At once, bring him,' was the king's command.

With a swish and flurry of his resplendent robes, Mohammed strode in.

'Sabah al-khair, Father,' the strapping crown prince greeted his father. 'Why are you still looking so worried? Everything will be all right, God be praised,' MbS declared with his customary confidence.

'You mean Khashoggi is still alive?'

'I am glad to see that you still have a sense of humour, father. No, even America cannot manage that. But I had a word with Jared Kushner and he assures me that he will manage everything.'

'Don't trust the Jews, my son. This has been our ancient wisdom. What is his advice?'

'Jared told me to pin it on the Iranians. To produce some evidence that the principal assassin was actually an Iranian double agent who had penetrated our royal household. It was all an Iranian plot to besmirch the fair name of Saudi Arabia and to poison our relations with America.'

The agent at the CIA headquarters in Langley, Virginia, listening to the conversation between father and son, looked perplexed. His manual did not contain instructions on how to handle 'material' relating to the Kushners, either Ivanka or Jared.

B S Prakash, a former Ambassador of India, served in Saudi Arabia. His earlier columns can be accessed here. 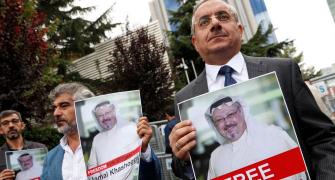 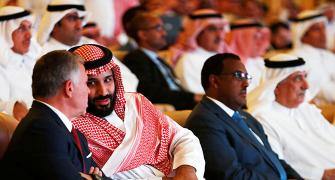 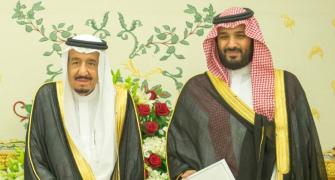 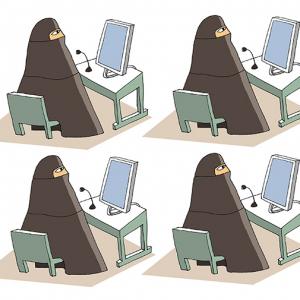