News
Business
Movies
Sports
Cricket
Get Ahead
Money Tips
Shopping
Sign in  |  Create a Rediffmail account
Rediff.com  » News » Why the cosmos fascinates us

Why the cosmos fascinates us

The fascination for the skies and what lies beyond has fathered an expansive stockpile of astronomical myths and legends and in India, also an elaborate astrological system, notes Arundhuti Dasgupta.
Illustration: Uttam Ghosh/Rediff.com 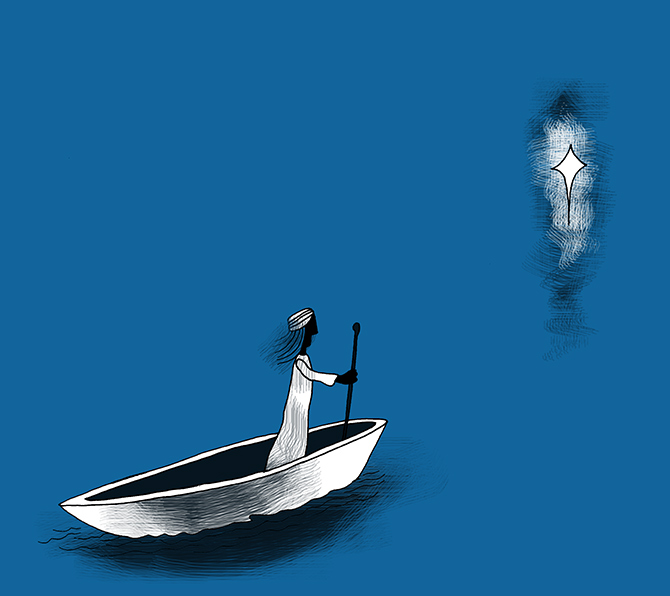 As science and technology have breached its every frontier, space has ceased to be the mystery it once was.

But its allure endures, powering people's desire to send rockets and robots to the moon and Mars, just as centuries ago it spawned myths and legends to help people understand the universe and their place in it.

In most cultures, heaven was located in the skies.

It was also commonly believed to have been physically connected to the earth and had to be pushed apart by a number of devices that included a stick, the branch of a tree and even the pestle of a mortar.

So tight was the embrace between earth and heaven (or the skies) that it was snuffing the life out of the various living creatures that they had spawned.

Hence the two had to be separated, or so the myths say.

Another common understanding about the cosmic architecture is that in illo tempore heaven was on an accessible plane.

This was a time when humans, animals, and gods and spirits could understand each other.

But then everything changed.

It was either a calamitous event or the great fall of man that caused heaven and the gods to move away.

The cosmos that was once within the grasp of all men and women became an unattainable goal.

The heavens as a home for the gods led to the concept of paradise.

In an essay ('The Yearning for Paradise in Primitive Tradition'), Mircea Eliade says paradise belongs to a timeless time when gods lived among men.

All civilisations believed that the present has emerged from such a past, a sacred time that does not fit into the earthly calendar of events.

In some, the power to move between the worlds of men and spirits, or earth and heaven, was lost to common men but was vested with shamans (who were also a community of healers).

The Slavs (Russia, Eastern Europe) believed this, as did other tribes in other parts of the world.

Shamanism in Mongolia even had a complex cosmic structure meant to facilitate the easy movement between heaven and earth.

Theirs is a vertical cosmos, heaven above and the earth below.

Father Heaven rules 99 realms; of this 55 are located to the west and the rest to the east.

All the realms are interconnected and sustained by a web of life in which every living being has a part to play.

The whole is shaped like a cosmic tree, its branches spreading across every level with holes between the layers that shamans can climb through (World Mythology).

Much like the cosmic architecture of our imagination, the myths about stars and planets are intricate and layered.

Among the Greeks, stars and constellations are heroes, those whom the gods favoured and each has a different story to tell.

The Orion constellation, the most visible set of stars in the night sky, is named after Artemis's hunting partner.

Orion was a giant and known for his brute force.

One of the stories told about him is that he had angered earth goddess Gaia by his boast that he would kill all beasts on earth.

She sent a scorpion to kill him and, after a great fight, both Orion and the Scorpion found their place in the sky as opposing constellations.

One rises as the other sets.

In India, the saptarshi or the seven sages make up the Ursa Major or the Big Dipper.

The seven sons of Brahma, the sages were rewarded for their penance and austere life on earth and for the clans that they fathered in the region.

For this they have a permanent place in the sky, untethered from the cycle of life and death that is the fate of the rest of humankind.

The pole star is also an important Indian myth, as the guiding star for sailors and wanderers the Dhruv Tara fuelled the imagination of the ancients.

The star is named after a prince who was denied his father's love because the king favoured his step-brother.

The young boy (of six or thereabouts) is dejected by the rejection and runs off into the forest in search of a god who will give him what he wants.

After years spent in austere penance, the gods grant him the kingdom and his father's recognition and eventually reward him with a permanent spot in the sky.

The fascination for the skies and what lies beyond has fathered an expansive stockpile of astronomical myths and legends and, in India, also an elaborate astrological system.

As we close the gaps in our understanding of the planets and the solar system, much has and will change.

But the fascination, that's unlikely to ebb. 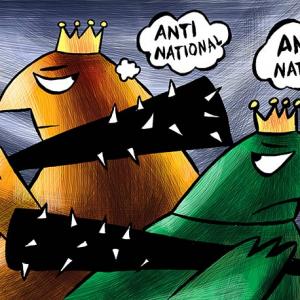 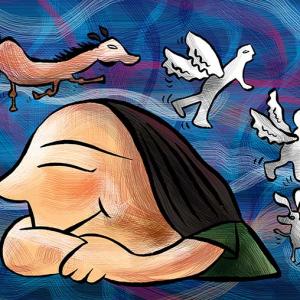