News
Business
Movies
Sports
Cricket
Get Ahead
Money Tips
Shopping
Sign in  |  Create a Rediffmail account
Rediff.com  » News » Why not a Victory in Bangladesh Day?

'The failure to remember the martyrs on a grand scale is a national problem. As a nation-State, India time and again fails to honour its true heroes: The men in uniform, says Nitin A Gokhale. 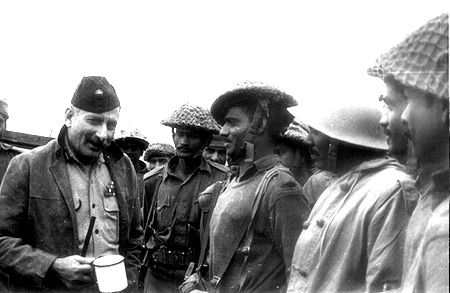 On Tuesday, December 16, morning, Defence Minister Manohar Parrikar, accompanied by the three service chiefs, followed a ritual that has become a practice for the past 42 years: Laying a wreath at the Amar Jawan Jyoti, paying tribute to the fallen soldiers in the 1971 war.

After that, it's business as usual.

Parrikar has been defence minister for less than two months, so to expect him to try and change the well-established procedure is unrealistic.

The failure to remember the martyrs on a grand scale is a national problem. As a nation-State, India time and again fails to honour its true heroes: The men in uniform.

It is therefore no surprise that December 16, the original Vijay Diwas, designated so after winning the war in 1971, is all but forgotten.

Well, someone can say we celebrate the Kargil Vijay Diwas on July 26, so what's the big deal?

Yes, Kargil is remembered chiefly because it was India's first televised war, but in doing so there is no reason why India's finest politico-military victory should be so completely forgotten.

Image: Then Army Chief General (later Field Marshal) Sam Maneckshaw with his troops during the 1971 War.

How many of us remember that for the first time after World War II a nation was created through a combination of people's resistance and military action?

The Mukti Bahini played a stellar role in harassing and softening up the Pakistani army in what was then East Pakistan, but it was the Indian military that dealt the decisive blow in December 1971 to defeat a numerically superior adversary.

Yet, in our collective consciousness, 1971 is but a blurred memory.

How many of us remember for instance that for the first time after World War II, a large-scale airborne assault was launched by Indian paratroopers, hastening the end of the war?

Do we even remember the daring raid by the missile boats on the Karachi harbour that immobilised West Pakistan? 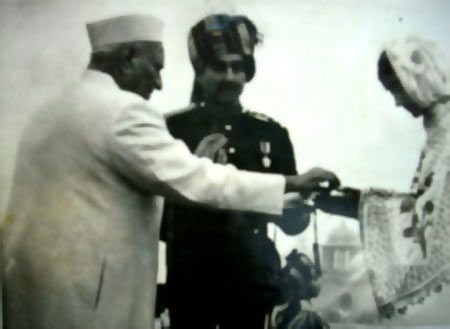 We perhaps don't even know that the Indian Air Force won its only Param Vir Chakra, thanks to the daring of the young fighter pilot named Nirmal Jit Singh Shekhon who in his tiny Gnat combat plane, took on the mighty Sabres and forced them to turn back during an attack on the Srinagar airbase.

We have surely forgotten the exploits of Albert Ekka and Arun Khetrapal, two more Param Vir Chakra winners in the 1971 war.

If we don't remember them, we surely don't recall smaller, but equally significant contribution of countless soldiers.

For instance, had it not been for a young paratrooper Captain P K Ghosh, who spent 10 days behind enemy lines, the para-drop would not have gone like clockwork.

Or of many 'trainers' and 'liaison officers' of the Border Security Force and the Research and Analysis Wing who risked their lives to facilitate a resistance movement inside East Pakistan once the Mukti Bahini got off the ground.

A nation that does not remember the valour of its soldiers and protectors, is doomed to fail. The sheer courage displayed by Major (later Major General) Ian Cardozo in cutting off his own leg after he stepped on a landmine, post the termination of the conflict, is not known as widely as it should be.

Just as Pakistan does not and cannot live down its defeat in 1971 and therefore continues to wage a proxy war, India should not let the memory of that spectacular victory fall through the cracks.

The world celebrates Victory in Europe Day or VE Day with great pomp and show. Even the contribution of Indian soldiers in World War I has been hailed across the globe and commemorated in different capitals throughout 2014.

So why not designate December 16 Victory in Bangladesh Day or VB Day every year? In doing so, India will be honouring itself.

Nitin A Gokhale is one of India's best-informed commentators on national security issues. 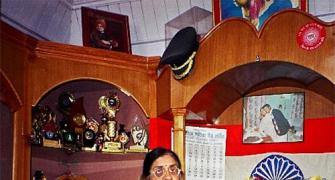