Inland salinity in ground water is prevalent mainly in the arid and semi arid regions of Rajasthan, Haryana, Punjab, Gujarat, Uttar Pradesh, Delhi, Andhra Pradesh, Maharashtra, Karnataka and Tamil Nadu. In some areas of Rajasthan and Gujarat, ground water salinity is so high that the well water is directly used for salt manufacturing by solar evaporation.

Salts in groundwater originate either from minute quantities dissolved in rain water, from the chemical breakdown of rocks or from direct connection to sea water.

Inland salinity is also caused due to practice of surface water irrigation without consideration of ground water status. The gradual rise of ground water levels with time has resulted in water logging and heavy evaporation in semi arid regions lead to salinity problem in command areas.

Most of the areas of New Delhi and its adjoining places are affected by salinity hazards due to excessive presence of sodium, calcium, magnesium, chlorine ions. Interpretation of surface and subsurface geological and hydrological data indicate that integration of lithological, geomorphic and tectonic factors have led to restricting the circulation of surface and sub-surface water in a graben like structure causing rise of water level. During summer, high evaporation causes capillary rise of shallow groundwater and subsequent precipitation of salts in soil.

The ground water availability in Delhi is controlled by the hydrogeological formations characterised by the presence of alluvial formation and quartzitic hard rocks.

The rock formation is widely varied with variation in land formation like ridge areas. It is traversing across the city and is quite significant to control the occurrence and movement of groundwater. In shallow aquifers, the groundwater occurs under phreatic confined condition. Contrarily, it is in semiconfined to confined conditions in deep aquifers. The shallow aquifers contain saline water and the depth varies from 5 to 10 m.

Depth to water table in the area of salinity is mainly between 3 and 5 meter and many places is above 5 meter to 10 meter. In post-monsoon period, the water level however, rises marginally in most of the areas. Long term fluctuation studies shows that in many parts of the Delhi the water level has remained more or less static between 1982 and 1992 period.

The groundwater in about 70 percent of the area is unfit for drinking and agriculture on account of high TDS (total dissolved solid) of 9,000 to 12,000 ppm (parts per million). Analytical data show the enrichment of sodium, calcium, magnesium, chloride, and sulfate ions in such water.

Study area is highly affected with inland salinity which is geogenic in origin. The seasonal water level fluctuation and rising water level increases nutrients concentration in groundwater. Mixing with old saline sub-surface groundwater and dissolution of surface salts in the salt affected soil areas were identified as the principle processes controlling groundwater salinity.

Origin of salinity in Delhi groundwater:

At the onset, contribution of salts from the local rocks is ruled out as the quartzite-phyllite association hardly has any mineral which can give rise to such extensive salinity. Moreover, limestone of buried basement could supply a few ions but its limited occurrence could not cause such extensive and intensive salinity. The problem therefore appears to be secondary in nature.

Evaluation of multiple surface and subsurface data shows that an interesting association of geomorphic, lithologic, and climatic factors has developed a typical set-up receptive to salinity hazard. The set-up comprises a subsurface graben like basin, surface depression, predominance of silt-clayey lithology and semi arid condition. Of these, the subsurface graben is most important feature. It results in ponding of groundwater by restricting its circulation. In geology, a graben is a depressed block of land bordered by parallel faults.

Next comes the role of climate which actually causes salinity. The area witnesses a semi-arid climate characterising a high temperature. Variation from 4 degree to 44 degree and low and erratic rainfall of 233 to 985 mm per year.

During summer, arid conditions cause capillary rise of water from the shallow water table through fine pores of silt clay. Evaporation of water then leads to the precipitation of salts in the near surface soil and groundwater. Continuation of this process make the soil, hard impervious by depositing salts in the sediment pores.

How we can manage salinity?

Dr Nitish Priyadarshi is lecturer in the department of environment and water management, Ranchi University. 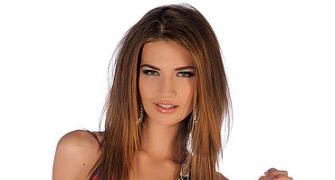 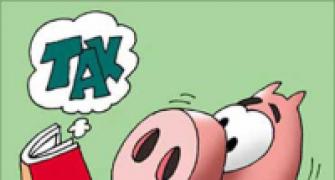 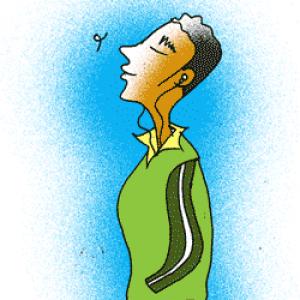 'In Delhi, the sahab will not reach before 11 am'