North Korea considers Assad's Syria an ally, so it views Donald Trump's decision to strike Syria as a message to Pyongyang as well.
In the concluding part of his insight into the North Korea problem, Rajaram Panda lists the complexities that keep the North Korean issue alive, and why diplomacy is the only option that no stakeholder can afford to abandon. IMAGE: United States Ambassador to the United Nations Nikki Haley holds a photograph of a victim of the Syrian chemical attack at an emergency meeting of the UN Security Council after the worst use of chemical weapons in Syria since the Ghouta attack in 2013. Photograph: Drew Angerer/Getty Images

The Florida summit meeting between United States President Donald Trump and Chinese President Xi Jinping was overshadowed by the US missile strikes in Syria, bringing in a new dimension to the complex situation -- Pyongyang came out with strong reaction to the US actions.

Analysts were quick to read the US action as a signal to the defiant nuclear-armed North Korea, and by extension its ally China, as well as other countries like Iran and Russia of Trump's willingness to use military force.

Trump's decision to launch the airstrike at a Syrian air base seemed to have changed the dynamic of deepened cooperation with Xi on dealing with North Korea with either more sanctions or deeper isolation or both as the missile strike on Syria extended the message to Pyongyang clearly.

As it transpired, the summit ended without any significant announcement of a breakthrough on the North Korea policy.

The announcement of extended cooperation between Trump and Xi meant nothing for Pyongyang.

Kim Jong-un is used to hearing such rhetoric and is immune to such threats. Beijing is unlikely to completely disown Pyongyang; it will continue to remain its lifeline.

Whether China does or not, Pyongyang must be concerned that Trump shall not hesitate to use military power quickly if he so decides.

The US airstrikes were retaliation against Syrian President Bashar al-Assad for a chemical weapons attack against civilians caught up in his country's civil war.

This being so, Pyongyang's long claim that the US is preparing to conduct similar precision strikes against its territory or even launch an all-out invasion might look credible unless Pyongyang mends its behaviour.

It is precisely because of this reason that Pyongyang justifies possessing nuclear weapons as a necessary deterrent to the US military threat and has warned that the ongoing biggest-ever US-South Korea joint war games held annually have raised tensions on the Korean peninsula to the brink of war.

The US, however, has denied, time and again, that the drills are defensive in nature, and that it has no intention of invading the North.

The Korean peninsula remains technically at war since the 1950-1953 Korean conflict was concluded with an armistice, not with a formal peace treaty.

The US military strike against Syria threatened US-Russia relations as Russia denounced Trump's use of force and suspended an agreement to share information about air operations over the country that was devised to avoid accidental conflict.

Russia, which has backed the Assad regime in the Syrian war, threatened the US with 'negative consequences.'

Though Russia did not deploy its air defence system in Syria against the US missiles, it flexed its military muscles after the attack.

Russia sent an armed warship to the east Mediterranean Sea with plan to visit the logistics base at the Syrian port of Tartus, thereby putting it on the path of direct confrontation with US navy destroyers.

It is widely being interpreted as putting Pyongyang on warning over its refusal to abandon its nuclear ambitions.

With this, Trump's hopes for improving ties with Moscow seemed at risk as both sides traded harsh words in a diplomatic confrontation reminiscent of the darkest moments of the last few years.

The US navy sent a carrier-led strike group to the Korean peninsula in a show of force against North Korea's 'reckless' nuclear weapons programme.

Pyongyang denounced the strike as an act of 'intolerable aggression' and one that justified 'a million times over' the North's push toward a credible nuclear deterrent.

Commander Dave Benham of the US Pacific Command ordered the Carl Vinson Strike Group north as a prudent measure to maintain readiness and presence in the Western Pacific.

Pyongyang considers Syria an ally, and, therefore, Trump's decision to strike Syria is a message to Pyongyang as well to face possibly a similar response.

However, a military action against Pyongyang is likely to elicit a far stronger response than that from Syria as it has the means to strike back.

Besides its rapidly advancing nuclear and long-range missile capabilities, it has artillery and short-range missiles trained on Seoul, a city of more than 10 million people.

In the event of Trump invoking the military option against North Korea, China will not only extend moral support, it is also likely to intervene. It may also announce support to Assad, which has so far remained muted.

Where does Japan find itself in this rapidly evolving scenario?

The North Korean missiles in Japanese water pose a greater threat to Japan's security now than ever before.

Besides relying on the US security umbrella, Prime Minister Shinzo Abe is under greater pressure from Trump to do more from Japan's side.

Domestic consensus on assuming a greater security role on overseas operations is a challenge that Abe continues to grapple with. Strengthening the country's own defence capability further remains a priority option for the Abe administration.

That apart, Abe now finds himself in a big dilemma, and all his efforts to reach out to Russian President Vladimir Putin seem to have come to nought. Japan extended support to the US military action on Syria, which Russia strongly opposed.

Abe is worried that if the confrontation between the US and Russia over the situation in Syria escalates, it could affect the negotiations for the return of the northern territories that he is ambitiously pursuing.

Abe plans to visit Russia on April 27 to negotiate the northern islands issue, but could get caught up in the US-Russia cross-fire.

Trump might not hesitate to interfere if Japan gets too close to Russia.

Certain sections in Japan are enthused that the US action on Syria has terrified North Korea and the nation shall be kept in check. That could be a self-praise proposition.

The truism could seem to be that Pyongyang could feel emboldened to accelerate its nuclear development program as it is likely to feel that Syria was attacked because it did not have nukes.

The real danger is if Trump ever takes military action against North Korea, Japan might become the first target of a retaliatory attack from the North.

For this reason, Trump ought to take Japan into confidence before ever contemplating any military action against Pyongyang.

Though the security-related laws in the past year have expanded the scope of the self defence forces' logistics support for the US military and other forces, the Abe administration should be careful in going afar for fear of creating domestic political backlash, leading to instability as public disapproval for overseas military operation till remains high.

Such complicacies keep the North Korean issue alive, leaving diplomacy and patience as the only options that no stakeholder can afford to abandon.

Dr Rajaram Panda is currently Indian Council for Cultural Relations India Chair Visiting Professor at Reitaku University, Japan. The views expressed are the author's own and do not represent the ICCR or the Government of India.

Please scroll down for more insights into the North Korean issue. 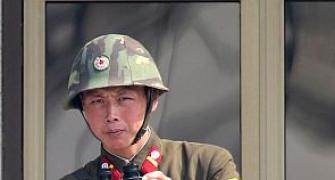 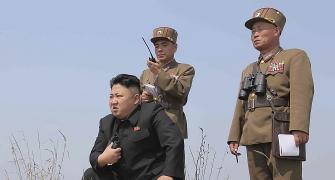 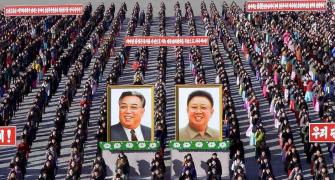 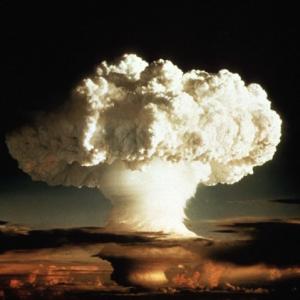