The real challenge is that the North Korean leader is very unpredictable, possesses nuclear weapons, and does not seem interested in dialogue.
In part 1 of his insight into the North Korea problem, Dr Rajaram Panda explains why the US president needs to restrain himself and build a relationship with China to put any credible pressure on Pyongyang. 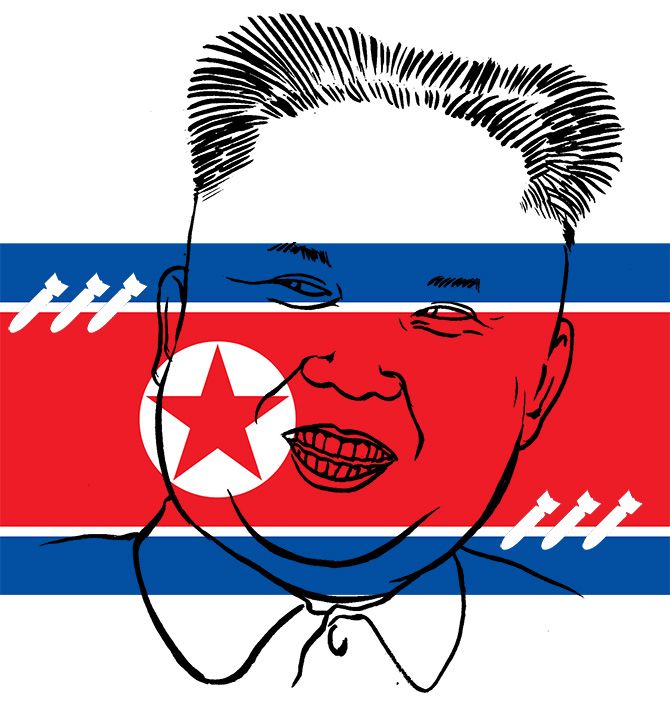 In another act of provocation, North Korea conducted another ballistic missile test, just 48 hours before United States President Donald Trump had a summit meeting with his Chinese counterpart Xi Jinping in Florida on April 6 and 7 -- a meeting in which North Korea's nuclear ambitions, besides trade issues, was at the top of Trump's agenda.

The projectile fired into the Sea of Japan on April 5 flew about 60 km and fell in Japan's exclusive economic zone.

Any launch of objects using ballistic missile technology is a violation of United Nations Security Council resolutions, but Pyongyang has defied the ban as infringement of its sovereign rights to self-defence and pursuit of space exploration.

China is North Korea's only international ally that has kept the nation afloat despite its pursuit of nuclear and missile programmes and defiance to international laws.

Though China has endorsed UN sanctions on North Korea and recently banned the imports of coal till the end of 2017, it does extend clandestine economic support as it does not want instability in the Korean peninsula.

China has its own strategic compulsions and finds a divided Korean peninsula suits its interests.

Moreover, it would be unwelcome to see the US forces closer to its border.

Whatever support China has extended to US and other countries demanding North Korea to abandon its nuclear and missile programs are cosmetic without real intent to punish the nation.

President Trump knows, as others do, that China has the capacity to put more pressure on North Korea to change its nuclear and missile programmes.

He even expressed his frustrations and threatened that the US was prepared to go alone in bringing the North to heel if China does not step in.

That was rather an undiplomatic statement.

Trump needs to restrain himself and build a relationship with Xi because US needs China to help with North Korea.

Even his threat to use trade to try to force China to exert influence over Pyongyang could trigger a trade war, which would be against US interests.

Getting North Korea to the table could be possible only with China in it as China has major leverage over North Korea as it provides it with food, energy assistance and all kinds of economic aid.

But the real challenge is that North Korea's leader Kim Jong-un is very unpredictable, possesses nuclear weapons and ballistic missiles and does not seem interested in having a dialogue.

Even if China is not on board, Trump should not go unilaterally; he cannot bypass two Asian allies -- Japan and South Korea -- in any action on North Korea.

North Korea is in continuous pursuit to develop an intercontinental ballistic missile capable of hitting the US and believed to have made considerable advance in perfecting it.

The firing of a ballistic missile off its east coast was a signal to Trump that it would not back down.

It was unsurprising that North Korea launched the missile a day before the Trump-Xi summit. It was expected that it would do something to coincide with the summit.

The missile launch could be the precursor and it would not be surprising if it conducts another nuclear test soon.

Ralph Cossa, president of the Pacific Forum Centre for Strategic and International Studies in Honolulu, rightly observed: 'I've joked before that they don't mind being hated, but they definitely hate to be ignored.'

The missile test was Pyongyang's answer to Trump's threat to deal with North Korea alone if China is unwilling to support.

Also read: How to solve a problem like North Korea

President Trump has no control over language on sensitive issues and makes statements without properly assessing their consequences.

No doubt, the US, like others, seems to have exhausted its long-standing policy of 'strategic patience' in dealing with the hermit regime. The Trump administration is exploring a new range of diplomatic, security and economic measures to deal with the North.

'All options are on the table,' Trump said, but has not specified what they are.

Not to back down, North Korea responded to Trump's threat and assailed the ongoing joint military exercise with South Korea as dress rehearsal for invasion, adding that the 'reckless actions' are driving the tense situation on the Korean peninsula 'to the brink of a war.'

Japan is rattled as the missile fell in the Sea of Japan. Even on March 6 when North Korea fired four ballistic missiles into the sea off Japan in response to the US-South Korea military drills, three flew about 1,000 km and landed in Japanese waters.

Though the weapons were medium-range rockets and, therefore, did not pose a threat to North America, Japan felt the heat.

The launch was a grave provocative action from security standpoint and violated UNSC resolutions.

The initial assessments indicated the type of missile was a KN-15 medium-range ballistic missile. The KN-15 is also known as the Pukguksong-2, a land-based variant of the submarine-launched Pukguksong-1, or KN-11.

Japan strongly denounced the test-firing in protest. Japan's Prime Minister Shinzo Abe promised his country would work closely with the US and South Korea 'to protect the lives and property of the public in any situation' as there is 'a sufficient possibility' of North Korea taking more aggressive actions in the near future.

During the summit talks, Trump and Xi noted the urgency of the threat of North Korea's weapons programmes, and urged Xi to apply more pressure on North Korea.

They reaffirmed their commitment to a denuclearised Korean peninsula and committed to fully implement UNSC resolutions. Both agreed to increase cooperation and work with the international community to convince North Korea to peacefully resolve the issue and dismantle its illegal nuclear and missile programmes.

Besides, they also had a candid discussion on regional and maritime security.

The talks also underpinned the importance of adhering to international rules and norms in the East and South China Seas and on non-militarisation.

Trump may have toned down the strident anti-China rhetoric of his election campaign. That was ideal as it keeps the dialogue channel open, though any breakthrough anytime soon might not be expected given the complexity of the issue.

Even the friction between the world's two biggest economies is unlikely to go away soon though Xi agreed to a 100-day plan for trade talks aimed at boosting US exports and reducing China's trade surplus with the US.

On North Korea, though US Secretary of State Rex Tellerson claimed that Xi agreed to increased cooperation in North Korea's missile and nuclear programmes, Xi did not offer any new formula for cracking Pyongyang's defiant attitude.

Dr Rajaram Panda is currently Indian Council for Cultural Relations India Chair Visiting Professor at Reitaku University, Japan. The views expressed are the author's own and do not represent the ICCR or the Government of India.

Please scroll down for more insights into the North Korea problem. 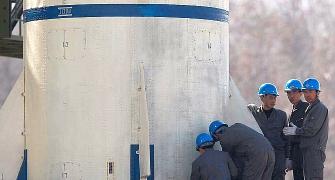 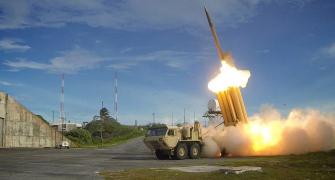 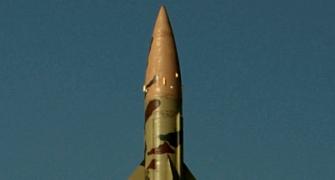 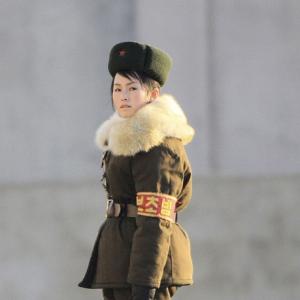