News
Business
Movies
Sports
Cricket
Get Ahead
Money Tips
Shopping
Sign in  |  Create a Rediffmail account
Rediff.com  » News » We need a treaty with America to deal with China

American help in defending our independence will send a strong signal to the Chinese, argues Colonel Anil A Athale (retd).

It is for the first time in its 73 years as an independent nation that India faces the daunting prospect of a two-front threat, from China and Pakistan.

Military preparations aside, Indian diplomacy has to work to deal with the situation so brilliantly conducted by Indira Gandhi in 1971, nearly half a century ago.

One possible way out of the present crisis is to build alliances with like-minded countries that are affected by Chinese aggressive tactics.

A Peace and Friendship Treaty with the US is one such idea whose time has come. We already have a similar treaty (renewed in 1993) with Russia.

American help in defending our independence will send a strong signal to the Chinese. The government of the day seems to be cautious for the fear of criticism of a 'sell out' etc by the usual suspects.

But history is witness that when faced with the Chinese threat, both Jawaharlal Nehru and later Indira Gandhi had no qualms in seeking American and Soviet help respectively.

As time passes, it is becoming increasingly clear that the Chinese have long term strategic objectives (destabilisation of the Indian economy) behind the aggressive moves on the Line of Actual Control with India.

The Indian response so far has been tactical, both on the military as well as economic front. Due to this dichotomy, we have failed to get any results.

It is time India took certain bold measures to deal with strategic threat posed by China and China-Pakistan combine.

China, with its unprovoked actions at the most inopportune time for us as we battle COVID-19, has shown that it is not interested in any long term co-operative relationship with India.

The Chinese seem to have come to a conclusion that their power is now adequate to browbeat us and they do not think India as a serious competitor.

In short, the nation of 'little emperors' (since the bulk of the young Chinese population are only children) has only disdain for the lumbering Indian elephant!

While India does face multiple challenges on the health, economic and military fronts (the China and Pakistan alliance), we are also unique amongst the nations in the world to have friendly relations with the US, Russia, the European Union, the Arab world and Israel.

Among these relationships, India-Russia relations stand on a different footing. India signed a 20 year treaty of Peace, Friendship and Co-operation with the erstwhile Soviet Union on August 9, 1971.

In the face of the dire threat from a combine of Pakistan-China and the US, this brilliant move made sure that we did not have to fight on two fronts!

During the 1971 War for the liberation of Bangladesh that followed, the Soviet Union kept the Chinese in check by deploying 44 mechanised divisions on the Sino-Soviet border that had seen bloody clashes in 1969.

It is also believed that Soviet nuclear submarines patrolled the Indian Ocean to deter the US 7th Fleet.

For all intents and purposes, the policy of non-alignment was dead in 1971. It is necessary to state this as some bhakts were still dreaming of 'Non-Alignment 2.0' as late as 2012.

Historically, even earlier, India has sought help from other countries to deal with the Chinese. On October 28 and 29, 1962, American C-130 transport aircraft airdropped arms and equipment to the beleaguered Indian Army.

In a letter on November 19, 1962, then prime minister Nehru wrote to then American President John F Kennedy asking for the deployment of American air power to safeguard Indian cities so that the Indian Air Force could be used against the invading Chinese.

The Chinese hastily declared a unilateral ceasefire on November 21, 1962 as the US, free from the Cuban missile crisis, had alerted its strategic bombers based at Subic Bay in the Philippines on November 20, 1962.

Both in 1962 and 1971, when it came to the Chinese threat, India had no qualms in seeking help from other countries, the holy grail of non-alignment not withstanding.

It is foolhardy to expect the Americans to take on the Chinese for the sake of the Indians. But American help in creating a defensive shield can free the IAF's offensive resources to deal with Chinese aggression.

There is unlikely to be any fallout on India-Russia relations since Russia is well aware that ultimately the Chinese aim is to grab vast fertile areas of the Amur basin in the Russian Far East. In the long term, China poses a greater threat to Russia than India.

Like in 1971, the ever pragmatic Chinese are likely to become extremely cautious on the Indian border once we have defensive help from the US.

After all, once we signed the peace treaty with the then Soviet Union, China did not lift a finger to help its 'Iron Brother' Pakistan during the 1971 War.

Colonel Anil A Athale (retd) is a former Chhatrapati Shivaji Chair Fellow at the United Services Institute of India. A military historian and co-author of the official history of the 1962 War with China, the colonel was a research fellow at the Kennedy Center in 2003. 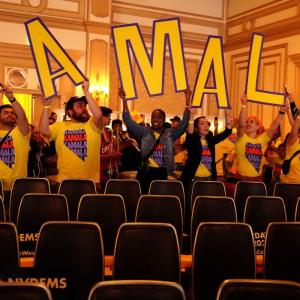