VIEW: How Parliament can function without disruptions

India's Parliament has been in the news for quite some time -- for all the wrong reasons. The fact is that in recent times it has been disrupted more often than it actually sits down to discuss something. As political parties battle each other the fact remains that a lot of precious time is being wasted and Parliament hardly has time to get down to its real business of addressing the people's problems.

Rajeev Chandrasekhar, Rajya Sabha member of Parliament who has been extremely vocal about issues such as this and also the 2G spectrum scam, feels that there is a need to create special sessions of Parliament twice a year apart form the normal sessions in which only issues pertaining to legislation and also issues of national interest agenda must be discussed.

The MP jots down ten different points which he feels if followed, Parliament could function normally. The first of a series

1. The government accepts that it has a credibility deficit and each of the issues it proposes needs to be communicated and people need to be convinced about the initiative. Avoid arrogance or be faced with partisanship. Governments learn an important rule about policy making in a coalition environment -- consensus, consensus, consensus.

2. Government learns the second important rule about policy making -- transparency ie advocacy of pros and cons of a public policy

3. Government must conduct workshops and briefings outside Parliament for MPs on all sensitive/divisive policy issues

4. Political parties must create a common national interest agenda -- that covers poverty, economy, national security -- on which there is clear consensus from day one.

6. Open up Standing Committee proceedings to public -- either by way of transcripts or public broadcasting.

7. Make sure all divisive policy issues are debated openly in Parliament so that people of India can understand who stands for what. Don't use the power of Cabinet decisions to make sensitive issues as law or policy.

8. Parliament must use the power of debates and VOTING on issues and not adjournment. Debates and voting must become the norm, adjournments the exception. Debates without voting are not useful.

9. On sensitive issues, parties must not use whips -- each MP must vote on his conscience and his beliefs.

10. Parliament must exercise its right of oversight over government and do so in a manner that people trust the judgement of Parliament. 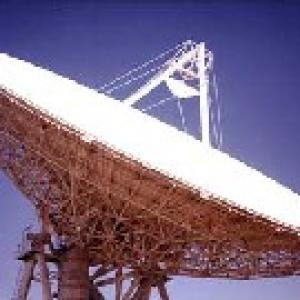 Too many scams are left unpunished: Chandrasekhar