The right to be forgotten online

It is only gradually dawning on us that some of the information we have trustingly shared with commercial service providers can be used against us when we apply for a job or when we apply to admission to a college, says Ajit Balakrishnan. 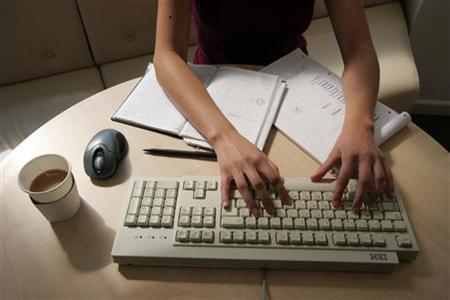 It was 1984, and the Berlin Wall is still standing, when Gerd Wiesler -- a foot soldier in the Stasi, the dreaded East German spy agency -- is assigned to keep under surveillance a playwright, Georg Dreyman, who apparently is an enemy of the State.

Wiesler soon discovers the real reason for the surveillance: Dreyman is having an affair with a movie actress that the minister of culture also covets.

The minister's goal is to find some political charges he can pin on his rival.

Wiesler, an idealist, though a loyal servant of the State, works silently to protect the man who he is assigned to keep under surveillance.

This is the plot for The Lives of Others, the 2006 German language film directed by Florian Henckel von Donnersmarck, which, apart from winning innumerable awards, brought so powerfully to centre-stage the issue of mass surveillance.

It is believed to have influenced even Edward Snowden, the former United States government computer programmer who leaked, among other things, the news that even the phone lines of foreign heads of government, such as Angela Merkel of Germany and Dilma Rousseff of Brazil, were being tapped by the American government security apparatus.

Mr Snowden's revelations reveal one of the central paradoxes of contemporary life.

The coming of the Internet has made it infinitely easier for us citizens to communicate with each other; we can do that by email, through social media posts, through apps on phones -- and from what we can see, citizens worldwide seem to be spending much of their day doing just that.

But the way the Internet is organised has also made it infinitely easier for governments to tap into this vast information flow.

This is because information flow on the Internet is concentrated at a few telecom companies, email providers and social media networks.

Governments, for both valid purposes such as law enforcement and for improper purposes such as spying on political or commercial opponents, can tap into these networks in a way that was impossible for them to do in the good old days of the paper-post, telegraph and land-line based telephone.

And what is worse, it is not just overweening governments that we citizens have to worry about.

When we use one of these services, we entrust to them our names, our addresses, our credit card numbers, our dates of birth, who our friends are, who we share a sense of intimacy with, to name just a few dimensions of the information we share.

A frivolous social media post from your college days can return to haunt you when you go for a job interview later.

Many such posts are perhaps because the Internet allows you spontaneous and effort-free ways to express your opinions; in an earlier era, by the time you committed your silliest thoughts to paper, stuck a postage stamp to it, and sent it off, much time had passed.

And even if you posted it, it would at best be seen by one or two persons -- whereas, in the Internet era, your silly idea may get forwarded around, find an unintended audience of hundreds, and exist in cold cyberspace for ever.

With this realisation has come the battles about "privacy" and the demands that explicit laws be passed to protect the privacy of citizens.

Countries differ to the extent and scope of protection of privacy laws and even on what information should be considered "private".

In the United States, for example, there is a specific Privacy Act that specifies that the information about an individual that is collected and stored by the United States government in the normal course of its functioning must be made available for inspection to that individual.

In addition, there are innumerable other statutes that define what use can be made of information about an individual's financial status, credit status and health status.

There is even a law that prohibits asking a person her age in a job application or interview.

The Europeans have added a new dimension to information privacy by insisting that citizens have a 'right to be forgotten'.

It started in 2010, when a Spanish citizen lodged a complaint saying that an auction notice about his repossessed home was appearing on web search results even though the proceedings against him had been fully resolved; he demanded that search engines and a newspaper site that still showed this auction notice in search results stop doing so.

The Court of Justice of the European Union upheld his demand and ruled that this information be removed not only from Internet search engines' servers in Spain but also from their servers in the United States.

A new human right, the "Right to be Forgotten", has been born, and it is going to extend worldwide.

Ajit Balakrishnan, the founder and CEO of rediff.com, is the author of The Wave Rider: A Chronicle of the Information Age. 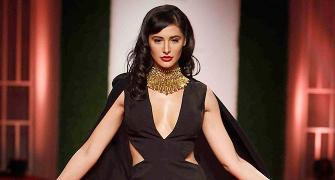 Birthday Special: Nargis Fakhri is the queen of the ramp! 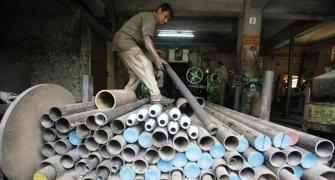 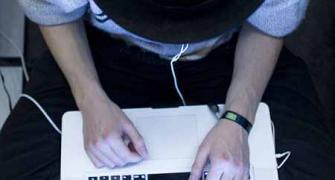