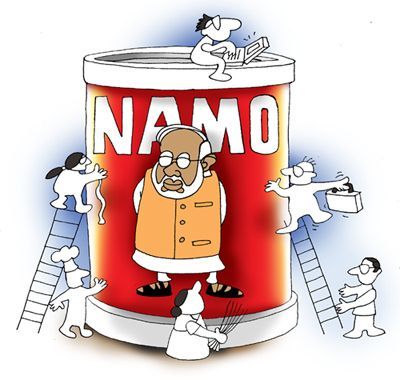 What is to explain the recent actions of our most prominent Opposition leaders?

Why has Mamata Banerjee suddenly gone to war with the Centre?

Why is Arvind Kejriwal behaving as if the immediate battle has shifted from Punjab to Delhi and to the social media, which he uses more effectively than Narendra Modi?

Why did Manmohan Singh make that sudden and, by his standards, vicious intervention in the Rajya Sabha?

And why is Rahul Gandhi so consistently visible and audible in Delhi today?

And finally, just what is Nitish Kumar up to -- backing demonetisation, breaking ranks with his allies in Bihar?

None of them has lost it, none is acting unthinkingly.

It's just that a full-blown political season is now upon us.

A well-established political trend now is that the incumbent prime minister makes a radical make-or-break move at some point in his first term. It comes usually around the halfway point, but can come any time.

It may work or fail, but it defines and dominates the politics of subsequent years.

Examples of success are Atal Bihari Vajpayee's Pokhran-2 (early in his term) and Manmohan Singh's nuclear deal (in his fifth year). Each one got re-elected.

Failures, in Rajiv Gandhi's case, are two, the Shah Bano appeasement of Muslim orthodoxy early in his term and the Sri Lanka misadventure near the halfway mark.

Early or late doesn't apply to V P Singh's short-lived government. His implementation of Mandal, while it destroyed his career, transformed heartland politics.

We are looking at conscious, audacious political moves, targeting big political gain, not incompetence or misdemeanours such as P V Narasimha Rao's Ayodhya, Rajiv's Bofors or the BJP's India Shining.

Mr Modi's demonetisation fully passes that test of a make-or-break move. Its implications will not be confined to Uttar Pradesh, but stretch all the way to 2019 and, if it is brilliantly successful, even beyond that.

The politics of post-2014 India will now be defined in terms of pre- and post-demonetisation. The first people to acknowledge this are the prominent leaders of the Opposition.

Initial surprise absorbed, they see Mr Modi, with this move, to have opened up national politics.

If the fight against black money and corruption, combined with what we may call as econo-nationalism is going to be the vehicle of his politics until 2019, that is where you fight him.

Responses come in a wide range: From Mr Kejriwal calling it a '8-lakh crore scandal', to the Congress calling it another 'fair & lovely' or 'Pay to Modi' (pun on Paytm) tamasha, Didi demanding nothing short of a rollback and then charging the Centre with using the army to topple her, and Mr Kumar, the most patient -- and, if I may add, Kautilyan of all -- supporting the spirit and the idea of demonetisation if it is to fight corruption and black money.

It’s an important 'if,' the implications of which he will spell out 'if' this ends up a total disaster.

Why Kautilyan? Remember the fable about how juvenile Chandragupta, exiled and denied the throne of Pataliputra (modern Patna) by his enemies, came across a poor Brahmin in a torn dhoti pouring milk in the roots of a prickly cactus?

He said his dhoti was caught in the plant and torn so he was taking revenge. Why don't you just slash it, said young Chandragupta, offering the Brahmin his sword. If you cut it, said the calm Brahmin, it will grow back again.

The reason, he said, he was feeding it sweetened milk was to draw ants and termites so that they may eat the roots. The exiled prince concluded that his search for a mind to help him regain his throne was over, and the legend of Chanakya or Kautilya was born.

Mr Kumar, the current sovereign of Patna but seeker of Delhi, thinks Mr Modi has embarked on a very risky route but one which has sex appeal for the poor. So don't oppose, but wait until it hopefully fails, people get angry, and he is then better positioned to make all the allegations of malfeasance or incompetence.

A full-scale competition has now broken out within the Opposition ranks, that can be likened to American primaries. Barring a short period, India hasn't had a two-party polity.

Our politics has been defined as for or against the dominant ruling party, the Congress and the Gandhi family in the past, the BJP and Mr Modi now.

The tussle today is to be acknowledged as the commander of the challenge to Mr Modi in 2019.

The big change from the past is that the leader of the largest Opposition party is no longer able to claim that position by right.

One, because the largest Opposition is not large enough.

And second, because it suffers from diffidence about its own leadership, not even knowing when to elevate Rahul Gandhi to the presidency, when to even name Amarinder Singh as the chief ministerial candidate in Punjab.

Besides just 44 seats in the Lok Sabha, the party now rules only one major state in the country -- Karnataka. This convinces others that they might have a better chance for the leadership of the challenge to Mr Modi.

This is the reason Mr Kejriwal directly attacks Mr Modi, and invests so much time and energy in Gujarat, although the focus should be Punjab.

Also, why Ms Banerjee is threatening to scuttle the goods and services tax, vowing to not rest until she drives Mr Modi away from not just power but also politics, painting herself as the main victim of his politics (never mind if it drags in the army). Or why whispers that she is speed-learning Hindi sound logical and convincing.

Mr Modi remains very popular but equally, he is a polarising figure and there is a strong— and sizeable —anti-Modi vote.

The classical old issue is the absence of a strong enough IOU or Index of Opposition Unity. One pre-requisite has always been the choice of one leader to wave the flag.

It was V P Singh in 1989. He had no vote bank or party of his own. He made up for it with moral authority, as the Bofors whistle-blower.

L K Advani knit his NDA under Mr Vajpayee and Sonia Gandhi was the unquestioned leader of the UPA.

The Congress is seen as a declining political brand. Its loyal market, the 107 million voters who stayed with it in the disaster of 2014, is intact and seen ripe for picking. 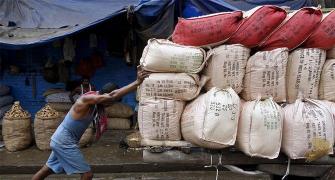 Why didn't govt push for GST bills to be discussed?