'In Kairana, the grand coalition was able to transfer its votes to a Muslim candidate in supposedly an era of anti-Muslim ambience.'
'Given this perspective, the Kairana result seems more significant than that of Gorakhpur and Phulpur a few months ago,' says Mohammad Sajjad. 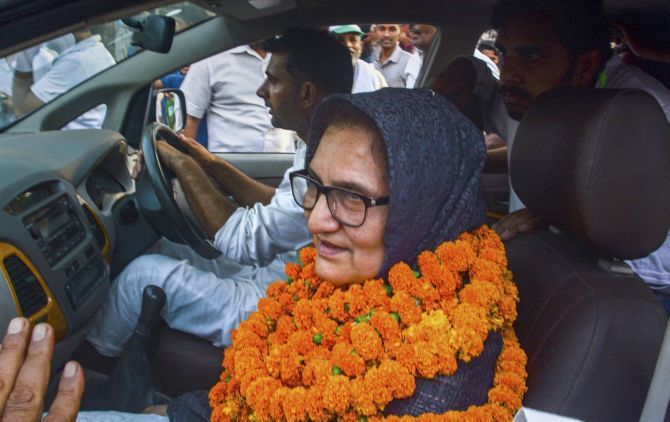 The results of the by-elections have predictably sent out a very clear message that regional powers are once again emerging as formidable resistance against the hegemony of centralising supra-caste parties such as the Bharatiya Janata Party in present times and the Congress of the post-1990s.

Single party dominance is being challenged.

Another significant message is that communal polarisation may not work all the time.

What is obvious for the Oppositional coalition is that only a highly accommodative coalition, where allies have their adequate say, can be helpful to the Opposition.

For instance, in the Kairana Lok Sabha constituency, the Opposition, a grand coalition, was able to transfer its votes to a Muslim candidate in supposedly an era of anti-Muslim ambience.

Given this perspective, the Kairana result seems more significant than that of Gorakhpur and Phulpur in eastern Uttar Pradesh a few months ago.

The very gesture of Jat electorates standing in queues to cast votes, giving way to fasting Muslims, testified to social cohesion, leaving behind the festering wounds of the 2013 riots.

In Kairana, peasant anger against the BJP regime was quite open.

Besides non-payment of sugarcane prices to the peasants, joblessness, rising fuel prices, GST discomfiture to traders, the frequent cash crunch at banks, and the overall economic discontent were articulated unambiguously by the electorate.

The Jat community's desertion of the Rashtriya Lok Dal and going over to the BJP was hardly helpful for the Jats in bargaining section-specific advantages from the hegemon BJP.

To enhance their bargaining power with the state government, the Jats had to fall back on the party of their own, in alliance with a coalition which won't be all-powerful at the Centre and in the province as well.

The UP assembly election verdict of 2017 and Yogi Adityanath's governance thereafter has somehow coneveyed the impression that Savarna hegemony has resurged to the peril of historically oppressed groups.

Caste-based regional forces have suffered at the BJP's hands. Those in alliance with the BJP have been unable to extract adequate favours for their respective social groups.

For the RLD, the Kairana result is a morale booster and it can place enough optimism and confidence in its young leader Jayant Chaudhary to work harder to unite most of the social groups his grandfather Chaudhary Charan Singh (1902 to 1987) had stitched against the Congress decades ago.

Charan Singh's coalition became famous as AJGAR -- Ahir, Jat, Gujjar, Rajput. It later became MAJGAR by adding Muslims. This can provide the RLD with some bargaining power within the grand Opposition coalition while seeking seat allocations to contest the general election of 2019.

The Jats being landowning peasants need labourers as well, most of whom are Muslims and Dalits. This economic interdependence had collapsed after the 2013 riots.

The hard work of the RLD leaders -- father Ajit Singh and son Jayant Chaudhary -- appears to have been fruitful in restoring the pre-2013 inter-community harmony.

Nonetheless, there could be other readings of the Kairana results.

Around 800,000 votes were polled. Around 400,000 votes went to the winner and an impressive 350,000 to the BJP candidate who confronted a grand political coalition.

One likely reason why the BJP, despite all odds, succeeded in effecting a larger Hindu consolidation is the withdrawal of cases against Hindus in the 2013 by Chief Minister Adityanath.

Kairana is estimated to have around 33% Muslim votes. It therefore means that a larger Hindu consolidation behind BJP exists despite apparent economic discontent.

The numbers suggest that formidable rebels can be helpful for the BJP even while ranged against a grand Opposition coalition.

This is one pertinent factor the Opposition must stay considerably concerned about.

Another factor for Oopposition leaders to ponder is: What proportion of Dalits really voted against the BJP?

Dalits number around 14% in Kairana and it remains to be explored how many of them are with Chandrashekhar Azad and his Bhim Army and how many are with Mayawati and her Bahujan Samaj Party.

Compared to a by-poll, in next year's general election, the strength and potential of a prime ministerial face will possibly influence the electorate's decisions in a considerable manner.

Can this grand coalition in the offing really offer such a prime ministerial face in 2019? How credible would that face be?

People will query if a rag-tag coalition would really be sustainable even if it is voted to replace the incumbent regime.

Will that coalition not be unstable and short-lived?

At the same time, this is also a warning from the electorate to the BJP that it cannot go on maximising its electoral returns only from communal polarisation.

Such efforts get exhausted sooner or later. The BJP governments in the Centre and in the states must therefore address the economic and social discontent.

Mohammad Sajjad, professor at the Centre of Advanced Study in History, Aligarh Muslim University, is a long-standing contributor to Rediff.com 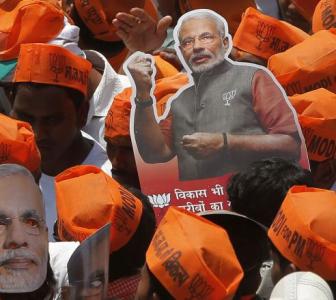 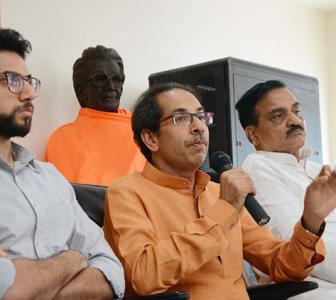 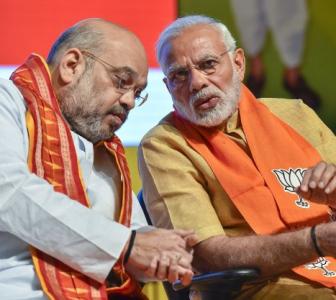 The 8 losses that must worry these gents 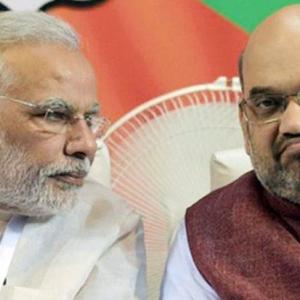