News
Business
Movies
Sports
Cricket
Get Ahead
Money Tips
Shopping
Sign in  |  Create a Rediffmail account
Rediff.com  » News » The Leader who wanted to be a Bollywood star

'Chirag Paswan wanted my help to become a star,' recalls Subhash K Jha.
'I tried to explain to him that becoming a star was not in my hands.'
'He insisted that I had the power to do it.' 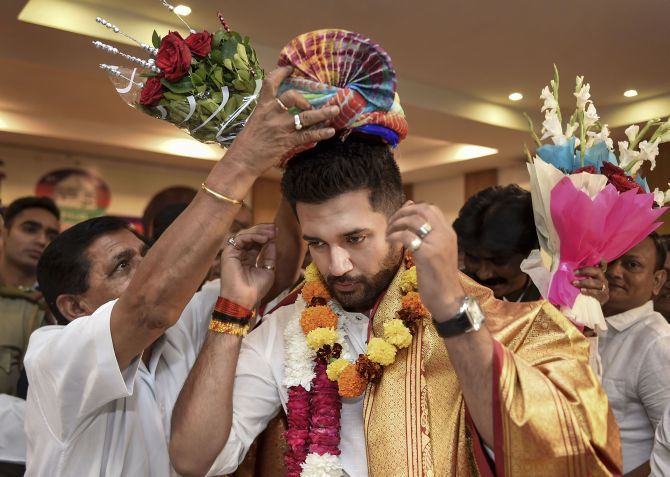 IMAGE: Chirag Paswan being felicitated after he was elected president of the Lok Janshakti Party in New Delhi, November 6, 2019. Photograph: Atul Yadav/PTI Photo

For a while, circa the time he wanted to be a movie star, Chirag Paswan was close to me.

It started when his Bollywood debut Miley Na Miley Hum was released in 2011. Prakash Jha was supposed to launch Chirag into cinema. But I think Jha refused.

One day I got a call from a friend of Chirag's saying he would like to meet me in Patna.

I told the friend to tell Chirag to speak to me directly. He promptly called. I invited him over for dinner.

He asked if he could bring a friend, and landed at my place with a bottle of wine which I refused to accept. I don't drink and even if I did, I wouldn't accept it. He took it back with him at the end of the evening.

We had a fairly interesting evening when he told me clearly that he wanted to be an actor and not a politician like his father. He also shared many shocking secrets with me and told me how keen he was to get into the good books of the big guns in Bollywood.

He wanted my help to become a star. I tried to explain to him that becoming a star was not in my hands. He insisted that I had the power to do it.

He didn't enjoy the meal because his friend informed me Chirag didn't like vegetarian food.

We stayed in touch. He kept reminding me of my 'responsibility' towards him. And soon become disgruntled.

The breaking point in our shortlived association came when after inviting him for dinner (again) I had to back out due to an acute toothache. I think he felt I was making excuses.

Chirag felt insulted and never got in touch with me again.

I saw him get into politics and conduct himself with dignity. Recently I sent him a message wishing him all the best.

He wrote back saying I'd have to introduce myself since he knew many people of the same name. The childish attempt to hit back at me made me smile.

Well, I know only one Chirag Paswan. And although he felt I let him down by not making him a star I wish him success in his political career. 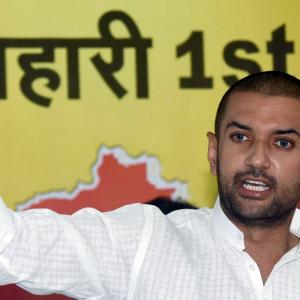