The futility of massive bombs 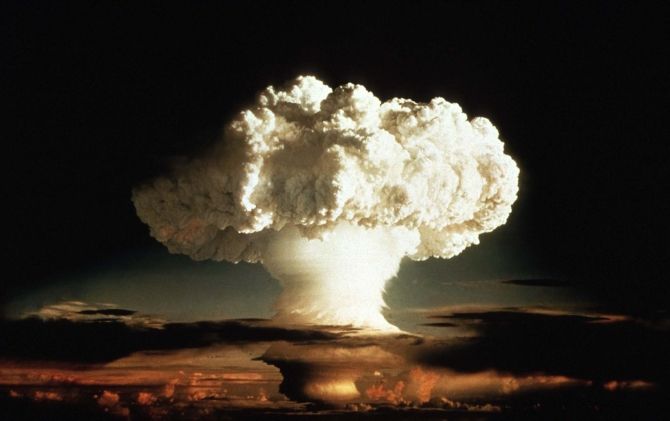 The United States' Mother of All Bombs, the largest-ever non-nuclear GPS-guided GBU-43 Massive Ordnance Air Bomb, is stated to have neutralised more than 90 Islamic State terrorists.

The employment of MOAB came on the night of April 12 by the US Air Force Special Forces Command MC-130 (Spectre).

It was targeted at mountain tunnels used by terrorists belonging to the ISIS-Khorasan chapter in Achin, Nangahar, along the Pakistan-Afghan border.

Developed in 2003 to deter Iraqi dictator Saddam Hussein before the US invasion of Iraq, the 21,600-pound bomb was a successor to 'Daisy Cutter' bombs used earlier by the USAF in Afghanistan. Though the MOAB was never used by the US.

An even more powerful 'Father of All Bombs' reportedly exists, which is four times more powerful than the American MOAB at 44 tonnes of TNT blast effect.

The FOAB, developed by the Russians using Fuel Air Explosives, was reportedly intended to be used in Ukraine.

Now both these weapons are clearly inordinate monstrosities in search of suitable target systems.

The Russian bomb cannot even be employed at high altitude or bad weather because its main explosive element needs mixing with oxygen in ambient air.

US President Donald Trump's main reason to showcase the MOAB was to scare into submission IS or North Korean leader Kim Jong-un or the like.

Even the delivery limitation of the MOAB (as opposed to the FOAB, which could be dropped from a TU-22 bomber) precludes its employment in most combat areas, a drop by MC-130 aircraft from 20,000 feet being a necessity.

Much smaller capacity aerial weapons could achieve the desired impact over a terrain such as Nangahar (as indeed was done by the B-52/B1/B2 bombers using 2,000 pounders or Daisy Cutters over Tora Bora in the past).

The MOAB is purportedly an air blast weapon and would use Depleted Uranium in its warhead. The extreme damage to the environment over the battle zone need only be imagined.

The fuel air explosive bomb, which several countries -- including India -- have, causes an immense vacuum in its target area, literally sucking the air out of targeted human beings.

Such weapons, like the neutron bomb, were designed to be mainly anti-personnel, causing structural damage by severe over-pressure.

Some analysts in the US have lauded the employment of the MOAB. CNN even suggested that it showed why nuclear weapons were required. Imagine, the world's biggest superpower is still thinking of a nuclear war!

It is believed that the USAF had considered employing nuclear warheads to penetrate deep into underground atomic reactor cores in facilities such as the Natanz in Iran.

While US Ambassador to the United Nations Nikki Haley talks of doing away with nuclear weapons to leave behind a safer world for our children, the American military is toying with more and more lethal weaponry.

A related question that emerges is whether the MOAB could be employed against North Korean missile sites.

Given the expected air defence umbrella that the rogue regime has in place, a protracted 'Suppression of Enemy Air Defence' air campaign would have to be waged to achieve the air superiority required to facilitate a high-level, low-speed ingress over North Korean air space.

Thus, the neutralisation of Kim Jong-un's missiles would call for a different slew of air and ground and sea military operations which the Americans must be working on.

Large-impact aerial weapons, thus, will have no use against dictator regimes or terrorist entities in general.

Yes, one purpose exists, which in airpower parlance is called 'political signalling'.

Along with the Tomahawk strikes over Syria, Trump sent a signal to his adversaries that he means business.

Considering the foregoing, it would be prudent to bring weapons such as the MOAB into the global disarmament ambit, so that nations or rogue leaderships do not develop weapons whose impact is, whilst being non-nuclear, out of proportion to its cost in material and environmental terms.

The advent of laser and microwave weaponry in the not-too-distant future may provide weapon solutions with accuracy, impact and environmental safety. 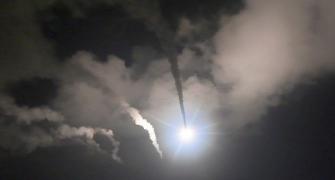 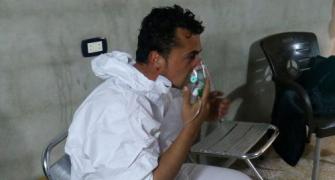 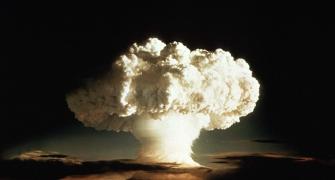 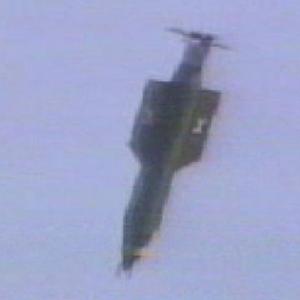 Top facts to know about GBU-43, 'the mother of all bombs'