News
Business
Movies
Sports
Cricket
Get Ahead
Money Tips
Shopping
Sign in  |  Create a Rediffmail account
Rediff.com  » News » The China Factor: Why the US needs India

'There will be much for President Trump and Prime Minister Modi to discuss including growing Chinese military cooperation with Pakistan, which heralds a new attempt by China and Pakistan to neutralise India's influence in its Indian Ocean neighbourhood,' notes Ambassador G Parthasarathy, Chancellor, Central University of Jammu. 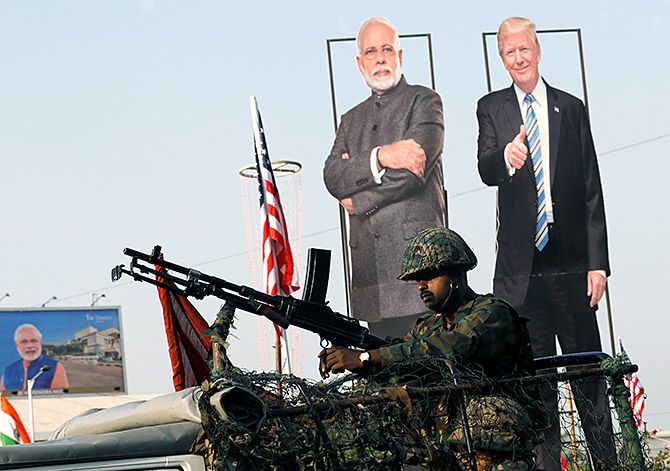 President Donald J Trump's visit to India, announced almost immediately after emerging bruised, but not battered, from a concerted effort by the Democratic party to impeach and oust him, was carefully calculated. He is busy preparing to face the electorate in a bid for re-election in November this year. Mr Trump is not exactly popular in the capitals of his European allies.

On the other hand, he evidently remembers the warm and indeed raucous welcome he received in Houston on September 22 last year at a function organised by the Indian Diaspora to welcome Prime Minister Narendra Damodardas Modi.

Trump was repeatedly cheered at the function, which was attended by 50,000 members of the Indian Diaspora in the US. The welcome Trump received countered some of the criticism alleging that he was a racist and that he had no empathy for immigrant communities.

Early last year, the Trump administration rescinded the preferential trading status that India received as a developing country under the WTO's Generalised System of Preferences. Several other developing countries have faced similar restrictions.

Trump has little respect for abiding by WTO concessions for developing countries like India. The US decision affected exports of $5.6 billion of Indian goods. India duly responded against US exports in a proportionate manner.

The US sanctions curbing China's exports, on the other hand, had a significant impact. The sanctions hit China hard, lowering the US trade deficit with China by $74 billion in 2019.

Military ties between India and the US are expanding steadily. The Trump administration recently approved the sale of a range of air defence missiles and radar systems apart from rifles and cartridges to India. These missiles will complement the Russian S400 air defence missile system whose deliveries will commence later this year.

The Pulwama attack by Jaish e Mohammed terrorists and India's response, by bombing a major terrorist base in Pakistan, has emphasised the need to modernise India's air defence systems. The United States is steadily increasing its share of India's defence imports which now stands at around 12% of India's total acquisitions from abroad.

There will be much for President Trump and Prime Minister Modi to discuss including growing Chinese military cooperation with Pakistan, which heralds a new attempt by China and Pakistan to neutralise India's influence in its Indian Ocean neighbourhood.

Pakistan and China recently held a major naval joint exercise, 'Sea Gardens 2020'. China claimed the exercise was meant to consolidate its 'all weather strategic partnership' with Pakistan. The exercise included frigates, destroyers, fast attack crafts, along with what were titled as 'air and sub-surface assets'. Marines and special forces from both countries also participated.

Earlier, last year, China announced it was building four of its 'most advanced naval ships' for Pakistan. China also announced that the ships were being equipped with weapons systems for anti-ship, anti-submarine and air-defence weaponry to 'maintain peace, stability and the balance of power in the Indian Ocean Region'.

The situation across India's eastern maritime borders has changed substantially over the past few years. China sparked a major confrontation recently with Indonesia by providing military escorts to its fishing vessels, in areas it claims close to Indonesia's Natuna island.

After protesting formally to China, Indonesian President Joko Widodo dispatched warships to the Natuna island with F-16 fighters providing cover. He, thereafter, visited the island. While both Indonesia and China will try to prevent the face-off turning into a confrontation, their differences on their maritime borders will remain a source of tensions.

Chinese vessels reportedly pulled back from Indonesia's maritime boundaries after President Jokowi's assertive moves. This has added a new dimension to the maritime boundary disputes China already has with South Korea, Japan, the Philippines, Vietnam, Malaysia and Brunei.

The US and India share common concerns about China's growing assertiveness in the Indo-Pacific Region where Beijing's maritime boundary claims with neighbouring countries ranging from Japan and South Korea to Vietnam and Indonesia raise increasing concerns.

India appears to have decided to activate the Quad, comprising the US, Japan, Australia and India, to enhance the security of the Indo-Pacific Region, to deal with a growingly assertive China.

Beijing is obviously concerned that active diplomacy by the Quad, together with countries like Indonesia and Vietnam, could counter its moves to seek control of sea lanes of the Indian Ocean. A substantial portion of the world's seaborne movement of oil and gas traverses through these sea lanes. These issues will figure during President Trump's visit.

Trump is likely to press India for more weapons acquisitions from the US and to ease import restrictions and lower duties on US exports. These are issues for continuing discussions which will take place after the visit.

He is also likely to raise the detention of mainstream political leaders in Kashmir and the regular cutting off of the Internet there. These are issues of concern not just in the US, but also for many of India's good friends across Europe, like French President Emmanuel Macron. The Democratic party, which controls the US house of representatives, has been hyperactive in moves to raise concerns about developments in Jammu and Kashmir.

The US and its allies have, however, not questioned actions India has taken to erase Article 370 of its Constitution and ending the special status of Jammu and Kashmir. Trump will, however, be politely informed of India's rejection of Pakistan Prime Minister Imran Khan's plea for US mediation on Jammu and Kashmir if he raises the issue.

India's main concerns in its South Asian neighbourhood are presently focused on US plans to withdraw its forces from Afghanistan well before the US presidential election.

The US negotiations with the Taliban have moved ahead with prospects for a cease-fire across the country soon. There should, however, be no doubt that backed by Pakistan, the Taliban will strike to take over the country, once the US withdrawal proceeds ahead.

India and the world should be prepared for a major effort by Pakistan's proxies, the Haqqani Network and the Taliban, to seize territories along and across Pakistan's disputed border with Afghanistan.

It would only be prudent to urge President Trump to ensure that even after the American withdrawal, Afghanistan's army should have sufficient support of air power to push back the Taliban and their Pakistani supporters.

Ambassador G Parthasararthy retired from the Indian Foreign Service after serving as India's high commissioner in Pakistan. Before joining the IFS -- where he had a distinguished career -- Ambassador Parthasarathy served in the Indian Army and fought the 1965 War. 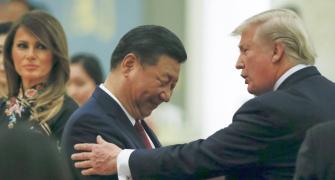 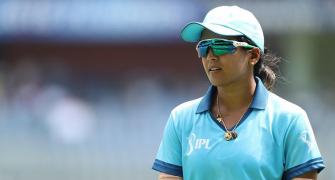 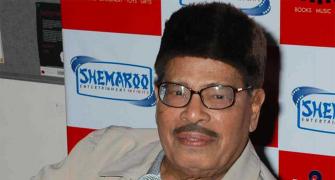