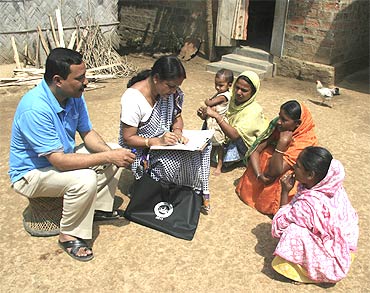 Collecting caste-based data will be a major challenge, but it would have to be delinked from the census, to prevent respondents from misrepresenting facts, says Amitabh Kundu

The Indian census of 2011 will be the largest in the world, collecting information on socio-economic characteristics, including personal information linked with identity. The houselisting operation for the census began on April 1, 2010. The actual census operation will begin in February next year, but preparations for it are already underway.

The census in India is conducted with the goal of generating information on relatively permanent socio-economic characteristics of the population. It has never been designed for assessing the impact of national policies or programmes, as this can result in a systematic bias in the responses. Even National Sample Surveys try to meet this objective and are conducted at regular intervals.

Information on select items for the National Population Register is being collected along with houselisting and the housing census. This will be passed on to the agency concerned for the Unique Identity card. The population count will be done during February-March 2011 and it is a matter of some satisfaction that the NPR will not ride piggyback on the actual census operation, but only on houselisting.

The basic objective of the UID is to help in better targeting of anti-poverty programmes and reduce leakages. The other objective is to tackle safety and security problems in the country.

The UID is meant to exclude the ineligible population from the beneficiary list. However, this can help any agency in following a policy of excluding 'others' (defined as someone coming from outside a state or district, or after a cut-off date). Many large cities are experiencing exclusionary urbanisation through their land and slum-related policies. By excluding recent migrants from accessing certain civic amenities and tenure, the UID can be effective in slowing down the rate of urbanisation, which already has become very low. Even the Eleventh Plan document expresses concern at this deceleration.

Various state governments may have different designs with regard to inclusion and exclusion. The UID cannot be blamed for their actions, but it would certainly provide them a powerful tool -- an important data base -- to achieve their goal of exclusion. Similarly, political parties or civil society organisations can make use of the data base for their limited agenda.

Professor Amartya Sen in his book, Identity and Violence, argues that certain types of identity have often been used in perpetrating discrimination and violence against communities. Given such trends in our society, how would the government ensure that identity will be used for the limited purpose of monitoring government programmes and better targeting, and not pursuing discriminatory policies?

Undoubtedly, the UID would have a dampening impact on migration, especially across states. The analysis of the 2001 census data reveals that over 50 per cent of those who came to urban areas during the nineties reported their duration of stay at the place of enumeration as over 10 years. The social hostilities and administrative requirements for accessing certain facilities are forcing recent migrants to claim longer periods of residence at the place of enumeration. This would not be easy due to the UID, and exclusionary forces will now have a powerful instrument to stall the inflow from rural areas, particularly from outside the state.

The 2011 census is likely to bring down underestimation, as reported through post-enumeration checks. This is because people will have additional reason for getting themselves counted, as that would give them a formal identity. However, this factor can also lead to misrepresentation of facts and make the data non-comparable with that from previous censuses.

While collecting information for the NPR, as also the finger prints of adults, the state must ensure that these will not be used by vested interests. The critical issues linked with this have not been debated adequately in the country. Preparing the UID is only 10 per cent a technological exercise. Ninety per cent involves understanding the social dynamics and political interests of possible users and mis-users.

It is important to note that the census questionnaire pertains to permanent social and economic characteristics. Information on employment, expenditure and inputs and output of industries cannot be collected through the census, as that would require a more detailed questionnaire and a longer enquiry time. Further, part-time enumerators (largely school teachers) are not trained for collecting such detailed information. The information on consumption expenditure is collected through the NSS.

Collecting caste-based data will be a major challenge, as such data have not been collected after 1931, except for people in Scheduled Caste/Scheduled Tribe categories. No one can argue that the government does not need this information, if it wants to implement its development programmes in a targeted manner. The proposition that collection of this information must be avoided, on the ground that the data collection process itself would strengthen caste differences, is less important in the face of the emergent need for data, to root out the problem.

However, collecting information on caste characteristics through the census schedule would inevitably encourage respondents to deliberately misrepresent facts. This is because people would know that the data are likely to be used for designing or monitoring policies and programmes for affirmative action.

There is no doubt that the census data are extremely important for programmatic interventions, even in India. Besides, the government needs reliable socio-economic information to evaluate the impact of major policy shifts or flagship programmes, like the National Rural Employment Guarantee Act and Jawaharlal Nehru National Urban Renewal Mission. Specific policy-linked data may therefore be collected, but without adding questions in the census schedule, as that would distort the response in the entire schedule.

Any other national-level research agency can be entrusted to collect such information, independent of the census. The International Institute of Population Sciences and the National Council of Applied Economic Research collect very useful data on health, family welfare and human development, de-linked from other national-level data bases.

The author is professor, Centre for the Study of Regional Development, Jawaharlal Nehru University

Image: Officials collect details from women during the first phase of the census at Hatkhuwapara Village near Guwahati | Photograph: Utpal Baruah/Reuters 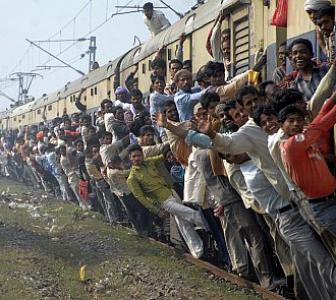