It is un-Muslim to be a liberal -- that is the message that Qadri and those behind him in the conspiracy (if there was a larger conspiracy) have sought to convey through the assassination of Punjab Governor Salman Taseer, says B Raman.

The assassination of Salman Taseer, the liberal Governor of Punjab, by one of his police security guards at an Islamabad shopping centre on January 4 because of the Governor's criticism of the blasphemy law draws attention once again to the penetration of the Pakistani security forces by Islamic extremist elements.

Earlier, evidence of such penetration came in the involvement of low-level army and air force officers in the two unsuccessful attempts to kill General Pervez Musharraf in Rawalpindi in December 2003, and in the assassination of 19 officers of the US-trained Special Services Group by a Pashtun army officer belonging to the elite Special Service Group, whose younger sister was reportedly among the 300 girls killed during the SSG raid on the Lal Masjid in Islamabad between July 10 and 13, 2007.

The Pashtun officer blew himself up during dinner at the headquarters mess of the SSG at Tarbela Ghazi, 100 kms south of Islamabad, on the night of September 13, 2007. An army soldier Naik Arshad Mahmood was among those sentenced to death in the case relating to the attempts to kill Musharraf. He was executed.

The investigation brought out that some of the plotting against Musharraf was carried out in air force barracks in the Islamabad-Rawalpindi area. While a joint Al Qaeda-Jaish-e-Mohamma-Harkat-ul-Jihad-al-Islami team motivated by Abu Faraj al-Libbi was suspected in the attempts to kill Musharraf, the Tehrik-e-Taliban Pakistan was suspected in the assassination of the SSG officers by one of their  colleagues.

In 1995, a plot by the HUJI led by Qari Saifullah Akhtar to assassinate Benazir Bhutto, the then prime minister, and General Abdul Waheed Kakkar, the then chief of the army sataff, with the complicity of some commissioned officers of the army was discovered and neutralised in time.

Thus, the involvement of personnel of the security forces in plots against political and military leaders is nothing new in Pakistan, but there are some significant differences between the earlier incidents and the assassination of Salman Taseer. In the earlier three incidents, the security forces personnel involved came from the armed forces and were from the Deobandi-Wahabi-Salafi sects.

In the assassination of Taseer, the culprit is from the elite force of the Punjab Police specially raised and trained to fight against terrorism and to protect VIPs. Media reports from Pakistan claim that he is from the Barelvi sect, which has till now been considered more tolerant than the Deobandi-Wahabi-Salafi sects.

One extremist organisation in Pakistan which has recruits from all sects, including the Barelvis, is the Hizbut-Tehrir which is believed to have many followers in the armed forces as well as the police. Though the Pakistani intelligence agencies apprehend a major threat to their national security and to the security of their VIPs from the HT, there has so far been no instance of the actual involvement of the HT in such plots.

All of those involved in such plots in the past, came from either Al Qaeda or the TTP or the JEM or the HUJI or the 313 Brigade of Ilyas Kashmiri against whom also there was some suspicion in connection with the unsuccessful attempts to kill Musharraf.

All fundamentalist elements in Pakistan -- whether Deobandi or Wahabi or Salafi or Barelvi -- consider it as their religious obligation to kill those opposing the blasphemy law and the law declaring the Ahmediyas as non-Muslims. Many individual Muslims also believe so even if they do not belong to any of these organisations.

Salman Taseer and Senator Sherry Rehman, both of the Pakistan People's Party and both close friends of Benazir, had incurred the wrath of the extremist elements because of their public criticism of the blasphemy law in the wake of a sentence of death passed against a Christian woman for allegedly insulting the Holy Prophet. Rehman has in fact moved a private member's bill -- which has not been supported by any political party, including her own -- to amend the blasphemy law in order to remove its obnoxious features. Taseer was the only liberal leader of the PPP to have supported her in public.

Rehman had said in a message circulated through the internet as follows: "The mullahs have announced a million man march and given me a public deadline of January 6 to take back the amendment bill, or else. They said they will stop at "nothing then to protect namoos-i-risalat (honour of the Prophet). I do not have state security but am quite clear that I will not take the bill back as demanded by some extremists, most recently when they openly declared myself and Taseer waajibul qatl (deserve to be killed)." One feels concerned for her security.

The Daily Times of Lahore has reported as follows: "The killer of Punjab Governor Salmaan Taseer has revealed that some of his colleagues were also involved in the plan to assassinate the governor. Malik Mumtaz Hussain Qadri told a joint investigation team that some of his colleagues were aware of his plan and he had asked them to arrest him alive. He told the team during investigation that he had no remorse on killing Taseer and that was why he laid down his weapon after shooting him.

"A TV channel reported that he was removed from the Punjab Police Special Branch three years ago for having extremist views. He belongs to the Barelvi sect and is the disciple of Golra Sharif. It is learnt that some former security squad officials would also be questioned. Qadri had joined the Punjab Police five years ago and was inducted into the elite force some time ago. After obtaining clearance from the authorities, he was put on the security squad of VVIPs and of the governor."

The Dawn of Karachi has reported as follows: "The elite force guard who gunned down Punjab Governor Salman Taseer is said to be associated with 'Dawat-i-Islami', a non-political and non-violent religious group with Barelvi leaning. This was disclosed by a colleague of Mumtaz Qadri, the self confessed assassin. He was posted to the elite force wing in Rawalpindi in 2008

"A police officer said Qadri had been assigned guard duty with Taseer during the governor's visits to Islamabad and once with Prime Minister Yousuf Raza Gilani. On Tuesday, Qadri left the police lines at around 7.30am to report for duty. Police took his five brothers and father into custody from their house soon after he had confessed to the crime.

"In addition, 25 police officers and a muharar (record-keeper) of elite force who had prepared the list of personnel, including Qadri, for duty during the governor's visit were also taken into custody and shifted to Islamabad for investigation. Investigators also confiscated the cellphones of the security personnel deployed for the governor's security.

"A police party went to the house of Qadri in Muslim Town late in the night and found some religious books in his room."

It is un-Muslim to be a liberal -- that is the message that Qadri and those behind him in the conspiracy (if there was a larger conspiracy) have sought to convey through the assassination of Taseer.

It is unlikely to have any major impact on the political situation in Pakistan, but it will have an impact on the will of the Pakistani political leadership and civil society to confront the extremists. The fight against extremism in Pakistan will remain a losing battle unless and until all political forces and the civil society come together on this issue and the army whole-heartedly backs them. One sees no sign of that. 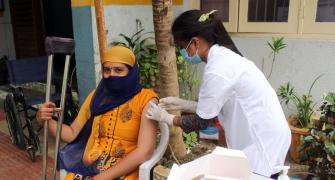 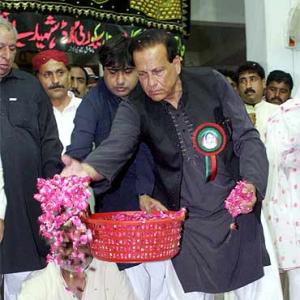