Tamil Nadu has around 30 per cent or more of ‘swing voters’, and it is this segment that will swing the pre-poll alliance decision, says N Sathiya Moorthy. 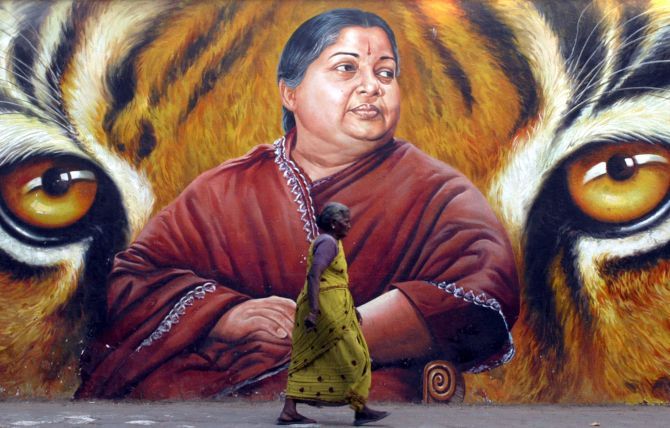 At the much-expected yet less-publicised general council meeting of his Desiya Murpokku Dravida Kazhagam at the district town of Perambalur over the weekend, Tamil Nadu’s actor-politician, Vijaykanth, came down as much heavily on the ‘Opposition’ Dravida Munnetra Kazhagam as the ruling All India Anna DMK, leaving out the Bharatiya Janata Party ruling the Centre as also the equally-insignificant four-party People’s Welfare Alliance, led by Marumalarchi Dravida Munnetra Kazhagam’s Vaiko.

Coming as it did after the DMK’s M Karrunanidhi had sent out an open invite for the DMDK to align with his party in the state assembly polls, due by May, Vijaykanth’s anti-DMK comments have caused eyebrows to raise.

It has also given fresh hopes to both the BJP and also the PWA, which too have been competing with each other to woo the DMDK into their ‘anti-DMK, anti-AIADMK’ combine.

Left out all such equations is the Paattali Makkal Katchi, which projected former Union minister Anbumani Ramadoss as their chief ministerial candidate long ago -- and thus may have closed calls/talks for any serious alliance.

At Perambalur, Vijaykanth was reported to have said that the DMK, with a 28 per cent vote share, was ‘shamelessly’ wooing his party which had (only) 8.33 per cent vote share. He dubbed the DMK as a party born to be corrupt and recalled (possibly for the benefit of the strong pro-DMK lobby within his party) how 'the 2-G case was hanging over that party like a sword of Damocles’.

Vijaykanth may have got some of his facts right -- though not wholly until the 2-G case verdict is out -- but not the figures.

Having made enemies of the ruling AIADMK ally from the previous 2011 assembly polls, the DMDK does not have much of a choice, if its cadres want the party win close to the 29 seats that they had won at the time.

The DMDK wants the DMK as much for the purpose as the DMK needs them to try and return to power. Or, so goes even the DMK's perception -- but that is not exactly correct either.

Contesting the 2006 assembly polls alone, only months after the party’s birth, the DMDK got 8.33 per cent vote share, and upped it to 10-plus per cent in the 2009 parliamentary polls.

In 2011 assembly polls, the party was in AIADMK’s company, when anti-incumbency against the ruling DMK helped the alliance.

‘Anti-incumbency’ against either the Congress ruling the Centre, or the AIADMK in the state, did not help the BJP's National Democratic Alliance, of which the DMDK was a part, in the 2014 parliamentary elections.

Today, by realistic estimates, the DMDK’s stand-alone vote-share might have come down to around five per cent. The DMK needs this vote, as much among the ‘winning votes’ as for building the image of a ‘winning alliance’ during campaign time.

It’s not without reason. Tamil Nadu still has around 30 per cent and more of ‘swing voters’. There is nothing to suggest that the post-M G Ramachandran vote-share of individual parties have been substantially replenished by more ‘committed voters’ of the previous generations kind.

This was/is even as the older generation, of committed and party-sympathetic voters, had/have been quitting the scene.

This could mean that the figure could be much more than 30 per cent, and might still hover around 50 per cent, as became evident by the widely swinging multiple poll results through the 'nineties.

While ‘anti-incumbency’ is a factor that generally weighs with the ‘swing voters’, they also do not want to ‘waste’ their votes, or vote in an unsustainable alliance.

Separately, the PMK, BJP and the PWA are targeting these ‘swing voters’.

The DMDK, PMK, BJP and the MDMK have different calculations for attracting them, based on their perceived contribution to the NDA’s 17.5 per cent vote-share in 2014.

Continuing with the 2014 NDA gives the combine a fighting chance in the assembly polls. That’s not to be -- or, so it seems just now. PMK’s Anbumani and DMDK’s Vijaykanth nurture chief ministerial ambitions. Neither can be seen as working under the other, by their respective cadres.

Wiser to the possibilities but clueless about the future course, the BJP, after two rounds of meetings with Vijaykanth, has clarified that no promise has been made about projecting him as the NDA’s chief ministerial nominee.

However, the BJP has been careful not to send out an open delegation to meet with the PMK leadership.

The party seems to have concluded that if left with little option, they might end up having to knock at Ramadoss’s doors, as a possible junior partner.

Despite claims and perceptions, the DMK and the AIADMK have only around 25 per cent vote-share and even about a 10 per cent less, each, in terms of ‘committed ranks’. The figures are up/down from the DMK’s lowest 22 per cent (1991) and AIADMK’s 21 per cent (1996).

Post-’91, the DMK split, and Vaiko’s MDMK polled around six per cent in the subsequent 1996 polls, despite the massive anti-AIADMK wave.

Contesting alone in 1991, the PMK polled over five per cent even after the anti-DMK polarisation in favour of the Congress-AIADMK after the Rajiv Gandhi assassination.

Today, the PMK and the MDMK can account for much less than their independent highs, with the latter being the bigger loser.

The Congress, which polled 20 per cent vote-share in the post-MGR 1989 assembly polls, got four per cent in 2014. The party is split though Karunanidhi has invited the parent party into his fold, as if on an after-thought.

The breakaway Tamil Maanila Congress of former Union Minister G K Vasan too is running around like a headless chicken, hoping for the AIADMK to call them in.

The BJP, despite boosting its traditional vote-share of two per cent, up to seven per cent, first when Vajpayee became PM and later for Modi, has had the habit of slipping down to the original figures. It remains to be seen how the party performs now.

The Dalit-strong Viduthalai Chiruthaigal Katchi, the fourth member of the PWA after MDMK and the communists, too has lost its northern voter base, to the ruling party. Hence, it too has no use for the DMK ally from 2014.

If nothing else, the VCK does not have for the DMK, the ‘compensating vote’ that it has lost to the PMK, if only over a period.

In the midst of the controversy surrounding the opulence after the unprecedented Chennai floods, Chief Minister Jayalalithaa told her AIADMK’s general council meeting, late December, that she would take the appropriate decision on poll alliance.

Jayalalithaa said that situations changed with each poll, and they should be adaptable to those changes.

The reference was to her bold decision to go it alone in 2014 despite the ‘Modi wave’ sweeping the nation, and coming on top of it by winning 38 of the 40 LS seats, including the lone Puducherry seat.

The fact is that Jaya is keeping the AIADMK guessing, but the smaller parties are keeping its DMK rival guessing. Vijaykanth has said that he would announce the DMDK’s alliance decision at the party’s state conference next month.

In the past, he had delayed his decision despite his promise, and waited till the N+1 hour. His problem is that he would want to go with the DMK, if it could give more seats than the 41 that the AIADMK gave the DMDK in 2011.

In the DMK’s reckoning, too, that alone would ensure ‘vote-transfer’ from the DMDK to the DMK. Alternatively or additionally, the DMK too is eyeing the ‘swing voters’, particularly after the ‘prohibition row’ and the ‘Chennai floods’.

Traditionally, in an election year, the TN voter-mood begins to crystallise only after the Tamil harvest festival of Pongal.

It’s more so about the ‘swing voters’ -- and it is this that would swing the alliance decision than anything else. 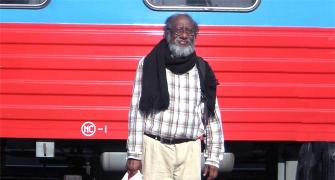 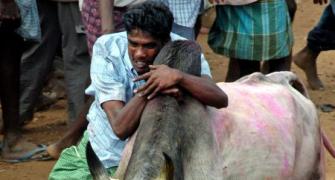 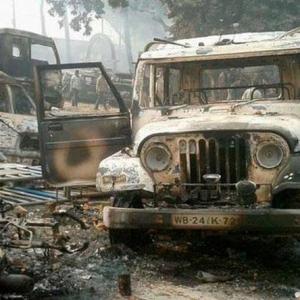 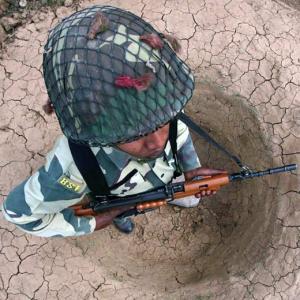