COVID-19 has emerged as an important form of diplomatic currency around the world as nations try to showcase their soft power gains.
In this race, India has an edge as India is already a pharmaceutical giant having produced some 60 per cent of global vaccines and now justly seeking to strengthen ties and expand its influence in its neighbourhood and beyond, observes Dr Rajaram Panda. 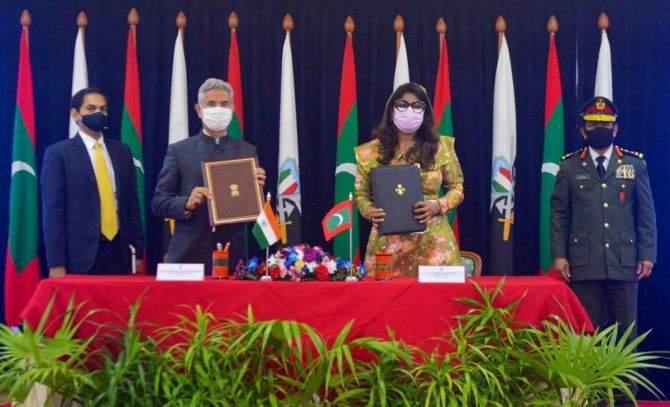 India's External Affairs Minister S Jaishankar paid a two-day visit to the Maldives from February 19-20, 2021 to discuss on a host of issues between the two countries.

Seen as a part of vaccine diplomacy, the significance of the visit was much more beyond this.

Assuring Maldivian Defence Minister Mariya Didi that India would be a reliable security partner, Jaishankar signed a $50 million defence line of credit agreement with the island nation to facilitate capability building in the maritime domain.

Committed to be partners in development and security, the agreement would strengthen Maldivian coast guard capability and facilitate regional HADR efforts.

This was Jaishankar's second official visit to the island nation.

Earlier, he was in the Maldives in 2019 to attend the 5th Indian Ocean Conference.

This time, the minister inaugurated some projects undertaken with Indian grant assistance and witnessed the exchange of several agreements and MoUs between the two countries.

This was in the wake of President Ibrahim Solih's continued commitment to renew the Maldives' traditional pro-India posture.

A memorandum of agreement was signed for India committing to grant a $100 million to finance the Greater Male Connectivity Project, Maldives' biggest connectivity project of its kind thus far, and an 'economic lifeline' for the country.

India's initiative to support the Maldives is in line with the common stance adopted by the key Indo-Pacific democracies -- the Quad members: India, Japan, the US and Australia -- which sharply differentiate their offerings from those through the Chinese Belt and Road Initiative.

Even earlier in August 2020, when Jaishankar met with his counterpart Abudulla Shahid, India committed to a $500 million infrastructure package for the GMCP.

The MOU for the $100 million grant signed was part of that package, with the rest being a line of credit for that project.

India had also announced an additional aid package of $250 million for the Maldives, along with a commitment to build a direct cargo ferry service between the two countries.

As per the agreement, the GMCP will connect 'Male with Vilingili, the new commercial port at Gulhifalhu and industrial zone at Thilafushi'.

When Abdulla Yameen was in power, he had tilted towards China and the Maldives now owes $1.4 billion officially though the unofficial figures could be as high as $3.5 billion, or 70 per cent of the Maldives's GDP.

Because of the Maldives' strategic location, it is not just India, but the US too has strategic interests in this island nation.

The US and Maldives defence ministers signed a framework for a 'Defense and Security Relationship' in September 2020.

Then US secretary of state Mike Pompeo also visited the Maldives as part of his South Asia trip in August 2020, and announced the establishment of a separate US embassy in Male.

In view of the growing strategic congruence between India and the US, both bilaterally and through Quad, India has shed its traditional shibboleths around the role of 'external powers' in its backyard, despite that the US did not consult with India with its engagement with the Maldives.

Embracing and cultivating the Maldives by both India and the US could have strategic significance and also could involve other Quad members soon in view of China's increasing its strategic footprint in the strategically located island nation.

The second important dimension of Jaishankar's Maldives visit was to demonstrate India's commitment to humanitarian cause.

He carried with him 100,000 doses of COVID-19 vaccine and handed over to his counterpart Abudulla Shahid.

This was in addition to the 100,000 doses it had already sent in January, demonstrating India's concerns for safe health of the people of the Maldives.

India had delivered similar doses of vaccines in its first batch to Bhutan too, reflecting the Modi government prioritising his Neighourhood First Policy. 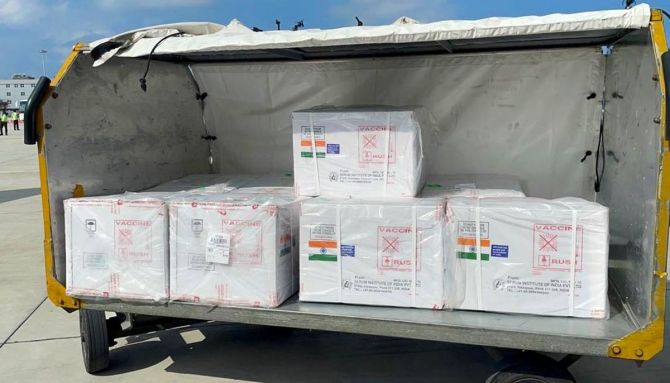 The Maldives does acknowledge the fact that India prioritised the Maldives and Bhutan to be the first recipient countries to India-developed vaccines to fight with COVID-19.

Once the COVID-19 menace is brought under control, tourism to the island nation, popular among not only Indians but also tourists from other nations, shall get a boost, contributing to the Maldivian economy.

Besides being lavishly praised in the international media for helping other countries in time of need, India has emerged the '[surprise leader of the global vaccine diplomacy race'.

It has exported three times more doses than it has given its own citizens and can spare even more without hurting its own rollout.

Indeed, India has emerged as a vaccine superpower.

It may be worth noting that when an Indian Navy aircraft landed in the archipelago nation of the Seychelles in January, the country's foreign minister and other senior officials were at the tarmac to welcome its precious cargo, 50,000 doses of the Indian made AstraZeneca coronavirus vaccine.

Even here, there seems to be a race between India and China as the latter too sent a shipment of 50,000 doses of the Sinopharma coronavirus vaccine manufactured in China to the Indian Ocean island nation with a 98,000 population.

This is because Beijing sees the Seychelles from a strategic perspective and wants to use the island nation to expand its strategic footprint in the Indian Ocean region.

Indeed, COVID-19 has emerged as an important form of diplomatic currency around the world as nations try to showcase their soft power gains.

In this race, India has an edge as India is already a pharmaceutical giant having produced some 60 per cent of global vaccines and now justly seeking to strengthen ties and expand its influence in its neighbourhood and beyond.

The New York Times in a report praised India as an unmatched vaccine manufacturing power liberally supplying COVID-199 vaccines to both friendly countries and to those with which it is estranged.

Therefore, Jaishankar's visit to Maldives needs to be seen from the wider perspective of projecting India's soft power element as well as securing strategic interests. 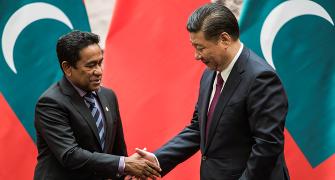 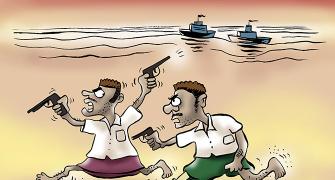 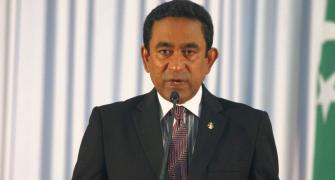 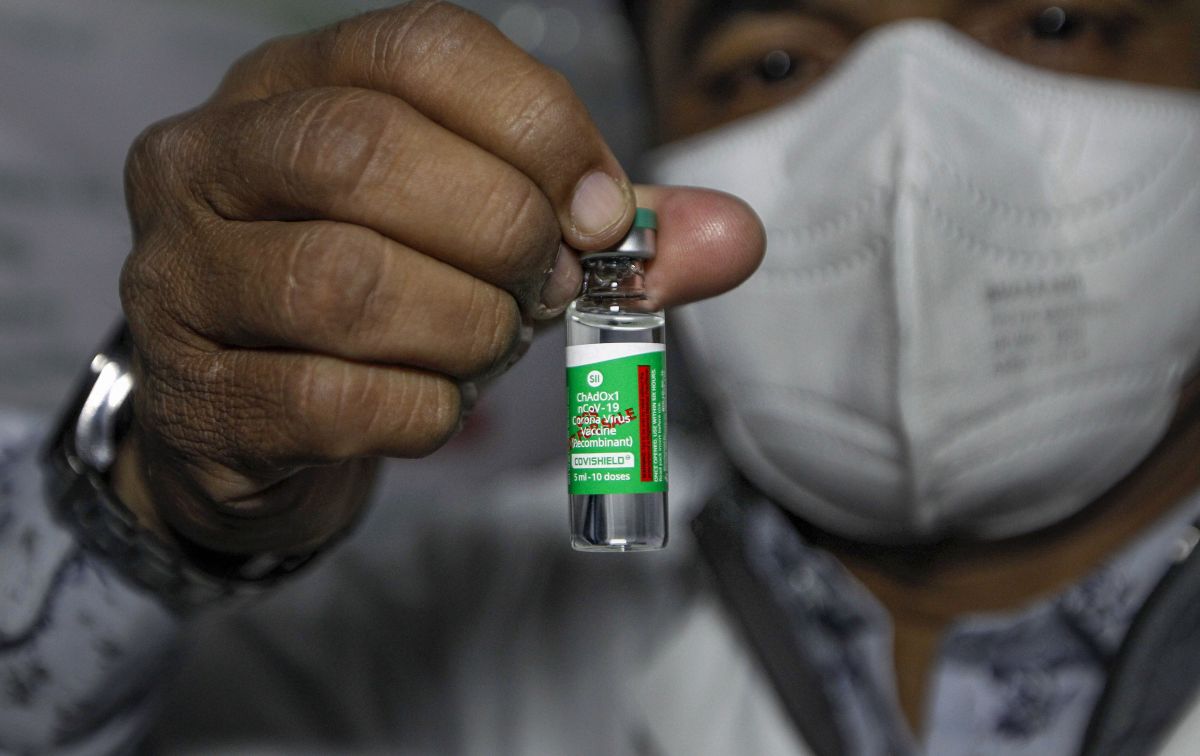 India to supply Covid vaccines to 6 countries as aid 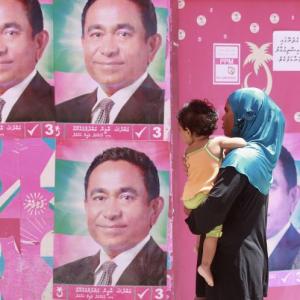