By Praful Bidwai
August 31, 2012 14:39 IST
Three important developments in the nuclear sector have put the department of atomic energy and the Nuclear Power Corporation of India on the back foot, says Praful Bidwai

If the Manmohan Singh government thought it could silence critics of nuclear power generation and politically isolate the growing nationwide anti-nuclear struggle, it is manifestly mistaken. Three important developments have occurred, which put the department of atomic energy and the Nuclear Power Corporation of India on the back foot.

First, the National Committee in Solidarity with the Jaitapur Struggle, comprising centre-left leaders and experts, has joined public figures and grassroots organisations in campaigning against new reactors. It issued a powerful well-argued statement against the proposed Jaitapur project in Maharashtra, based on six huge (1,650 megawatt) reactors of the French company Areva, warning of their grave safety issues, techno-economic problems and exorbitant costs.

Second, a large people's hearing on all major nuclear plants in India, the first of its kind, was held on August 22 in New Delhi, which bears testimony to the growing, determined popular opposition to atomic energy. This developed a new and informed consensus on alternatives to nuclear projects.

The National Committee on Jaitapur includes heavyweights like Communist Party-Marxist and CPI leaders Prakash Karat, AB Bardhan, Sitaram Yechury and D Raja, and lawmakers from the Telugu Desam, Janata Dal-Secular, Lok Janashakti and Peasants' and Workers' Party, besides independent scientists and activists. They base their objections to Jaitapur on a variety of arguments.

For instance, they note the project wasn't subjected to "independent rigorous scientific techno-economic scrutiny and safety audit in the public domain". It was granted "conditional" clearance, based on an "unscientific and deeply flawed environmental impact assessment report" by the National Environmental Engineering Research Institute, which is "admittedly not competent" to evaluate nuclear hazards.

They argue that Areva's "untested" European Pressurised Reactor design has raised "serious concerns among the nuclear safety agencies of different countries"; and "an internal audit of the French nuclear industry has criticised Areva and Electricity de France for the undue complexity of [the] EPR" and "EdF itself may be planning to discontinue the EPR design".

The world's first EPRs, under construction in Finland and France, are in dire trouble on safety and technical issues, and plagued by four-year-plus delays and cost overruns of 133 percent. Areva is perilously close to bankruptcy, has announced major job cuts and project cancellations, and lost 90 percent of its share value since 2007. It's unlikely that the EPR "would today pass even an elementary test of techno-economic due diligence".

At Jaitapur, multiple reactors will be erected at one location, aggravating hazards, as happened at Fukushima. The EPR has a flawed design for spent-fuel storage outside the main containment dome and at high elevation. As Fukushima showed, the radioactive hazard from spent-fuel "is not less than that from the reactor itself". NPCIL has no plans for long-term storage of the "vast" quantities of spent-fuel that will be produced. NPCIL also dismisses the existence a seismic hazard at Jaitapur.

However, eminent geophysicists Vinod Gaur and Roger Bilham, writing in the peer-reviewed journal Current Science, argue that a severe earthquake can occur at Jaitapur. Historical data on seismicity near the site exists for only 200 years and cannot be taken as a guide to future risks.

The EPRs' capital costs would be Rs 24 crores per MW, compared to Rs 9 crores for indigenous reactors. This will make Jaitapur's power ruinously costly for downstream users. NPCIL cannot counter these unassailable arguments. But it's bent on imposing the project on an unwilling people while violating their fundamental rights to livelihood and to safety of life and limb.

Logically, the National Committee in Solidarity with the Jaitapur Struggle should extend these or similar arguments to the Koodankulam reactors in Tamil Nadu and demand their scrapping. There was at least an EIA for Jaitapur, but not even a token one for Koodankulam. Like all Russian reactors, the Koodankulam reactors probably have numerous design flaws, including inadequate and unreliable emergency cooling, poor evacuation procedures, and non-factoring of earthquake hazards.

Their already high costs have further risen with eight-year-long construction delays. The main pressure vessel of the first reactor has a weld in the middle, which is impermissible. Serious questions have been raised about volcanic activity near the site, its vulnerability to tsunamis owing to certain ocean-bed formations, and the crucial absence of an independent freshwater source. The plant will depend on a seawater desalination plant, but this can fail and there's no backup.

NPCIL has failed to furnish vital documents to the public including the site evaluation report and the safety analysis report, although it was directed to do so in April by the Central Information Commission. It has also failed to conduct the mandatory off-site emergency evacuation drill within a 16-kilometre zone.

The Koodankulam exercise of setting up sarkari scientists' committees to assure the public of the plant's safety was a sham. They never met the people or experts nominated by them. Meanwhile, the government is harassing people by framing false charges including "waging war on the State" against thousands of them. It has turned village Idinthakarai near Koodankulam into a prison for protestors.

Shamefully, however, the AERB has granted clearance to NCPIL to start loading nuclear fuel into the first reactor -- in breach of its own procedures. But as the CAG points out, this is characteristic of the AERB and the generally arbitrary, irresponsible functioning of the nuclear establishment.

This functioning, marked by non-transparency, evasion, deception, outright lies -- and blatant repression -- came in for incisive criticism at the August 22 people's hearing in Delhi. This was attended by scores of activists from Gorakhpur-Fatehabad (Haryana), Chutka (Madhya Pradesh), Kovvada (Andhra), Banswara and Rawatbhata (Rajasthan), and Haripur (West Bengal), besides Koodankulam and Jaitapur, who have been fighting against proposed nuclear plants for years.

In Gorakhpur, for instance, a daily protest dharna against a four-reactor plant completed two full years on August 17, just as a relay hunger-strike clocked a year in Koodankulam. Jaitapur has witnessed angry anti-nuclear protests since 2007. The people of Haripur, fighting since 2006, savoured victory when the project was scrapped in 2010. But there are misguided plans to revive it.

The jurors recommended a moratorium on new nuclear projects and a thorough, independent review of all existing nuclear installations. No project must be pushed without prior, informed consent of the people it's liable to affect. All false cases against protestors must be withdrawn. There are safe, environmentally sound and far cheaper alternatives to nuclear power, especially renewable sources, which ideally suit India's decentralised energy needs.

Third, the CAG report makes a damning indictment of the AERB for its failure to fulfil the mandate it was given in 1983 to be the paramount standard-setting authority and an independent regulator of nuclear safety.

The report deplores the DAE's role in ensuring that the AERB's "legal status" continues to be "subordinate to the central government, with powers delegated to it by the latter" -- unlike in countries such as the United States, Canada, France, which give regulators independence through concrete legislation. "Consequently, the AERB has no rule-making powers." Nor has it sought such powers.

The AERB never fulfilled the requirement to prepare an overall nuclear and radiation safety policy, which would have facilitated practical radiation safety planning at lower levels. It has failed to develop as many as 27 of the 168 standards, codes and guides it had itself identified as essential.

The AERB has no budget, staff or equipment of its own. It has no role in radiological surveillance of nuclear plants and in independently monitoring workers' health. It has no direct involvement in overseeing on-site emergency drills, nor the authority to get their inadequacies corrected. Even for serious infringements of safety regulations, the penalties are absurdly low (eg, Rs 500) and cannot serve as deterrents. The AERB doesn't have the powers of enforcement and levying of penalties.

The AERB doesn't even have a full inventory of nuclear materials and radiation sources in the country. Ninetyone percent of India's x-ray units aren't registered with it. It has developed no framework for decommissioning nuclear plants. Judged as an effective regulator, the AERB is "on very tenuous ground". It's in such incompetent and careless hands that the responsibility to protect millions of Indians against nuclear hazards is placed.

Postscript: As if the DAE-NPCIL-AERB hadn't been discredited enough, a parliamentary committee has exposed and heaped yet more ignominy on the government's slimy attempt to shield nuclear plant operators/suppliers by writing the rules under the Civil Liability for Nuclear Damage Act 2010 in ways that are incompatible with the spirit of the law.
Praful Bidwai
Related News: Atomic Energy Regulatory Board, Koodankulam, Jaitapur, NPCIL, EPR
Print this article 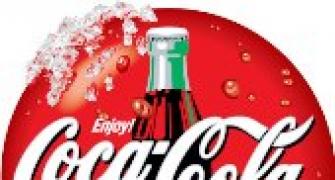 'Rehabilitation package for Jaitapur to be announced'