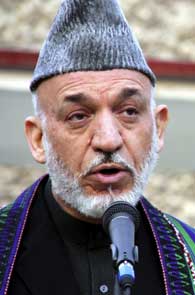 India's post 2014 Afghanistan policy appears to be glued to the best-case scenarios of a successful democratic transition. New Delhi hopes that it would remain ‘business as usual’ and would not necessitate a drastic revisiting of its continuing strategy. This, in short, is a strategy of convenience, says Shanthie Mariet D’Souza.

Afghan President Hamid Karzai’s three-day official visit in May 2013 to India with a wish list of military equipment has reignited speculation regarding an increased Indian military assistance and presence in post-2014 Afghanistan. However, the lacklustre response in New Delhi belied such expectations.

The official response to the 'list that grows longer each time Karzai visits India' did not go beyond the oft repeated semantics of India's long-term commitment to peace and stability in Afghanistan. With Dr Manmohan Singh's preferred proclivities for making peace with Pakistan and the self-imposed restrictions India's Afghan policy has been marred by, New Delhi could be gradually making itself irrelevant in Kabul.

The timing of Karzai's visit coincided with Afghanistan's frayed relations with Pakistan, its difficulty in negotiating with the Taliban insurgency and a Bilateral Security Agreement with the United States, waning of international interest in the Afghan war and dwindling financial assistance to the conflict-ravaged country. Karzai is in desperate need for assistance from India, both in real terms and also as a bargaining tool to extract favourable terms of engagement from the US and Pakistan.

Indo-Afghan ties have expanded and deepened during the last decade. Having pledged more than $2 billion in various aid and developmental programmes, India is Afghanistan's fifth largest bilateral donor. As the West signalled its egress from Afghanistan, India demonstrated its long-term commitment and staying power by signing the Agreement on Strategic Partnership in October 2011 and organising an Afghan investment summit in Delhi in June 2012. India’s aid and assistance has been crucial in the rebuilding of various critical sectors of the Afghan economy, security and society.

However, there is little hope that much of Afghan requests for military help would actually be fulfilled. Indian officials have indicated willingness to supply transport helicopters, trucks and non-lethal equipment to Afghanistan. Other offers include training in logistics, repair and maintenance works. Indian military thinkers have advocated options of putting boots on ground to help the Afghan forces to deal with the contingencies of post-2014 Afghanistan as a demonstration of commitment.

However, New Delhi's dithering at times when hard decisions need to be made is far too common to be repeated. Not just the military requests, New Delhi has defaulted on its aid policy as well, both in terms of its commitment and spending.

A significant line of thinking in official New Delhi seems to contend that Pakistan security establishment should be kept preoccupied on its western border. Interestingly, however, this strategy does not envision supplying arms or militarily equipment to the Afghans. The low levels of terrorist-related violence in Jammu & Kashmir in the last decade, underline the need to pursue such an approach.

Yet, India, anticipating an outbreak of peace with Pakistan, especially after Nawaz Sharif's election, has found another tight rope to walk.  Maintaining a low level of tension without escalation and an ambivalent position on the Durand Line appear to be the preferred policy for New Delhi. More importantly, the use of such pressure tactics to elicit cooperation would require more imaginative and forward-looking approach in the foreign policy making circles.

As uncertainty looms large over the future of post-2014 Afghanistan, New Delhi would be confronted with various scenarios in the coming months as Afghanistan heads for transition in the security and political sectors. Political transition, which includes the presidential elections in April 2014 and negotiations with the Taliban, could become murkier and challenging, and at the same time would remain critical to long-term stability.

Any delay in holding elections, either a deliberate decision or one circumstantial, or elections being marred by fraud or other electoral malpractices, could drag Afghanistan to a civil war situation. Likewise, any power-sharing arrangement or secretive deal with the Taliban would invite stiff resistance by the opposition and civil society groups. A nomination process rather than an election choosing a president would also invite chaos and turbulence.

The opposition groups would use it as a staging post to call for a regime change which could lead to fracturing of the Afghan society on ethnic lines or fragmentation of the Afghan state into spheres of influence with regional powers supporting their proxies. In short, Afghanistan faces the real prospect of further instability, created not just by the insurgency and their untamed potential, but also by the aspirations of power blocs both within and outside the country.

India's post 2014 Afghanistan policy appears to be glued to the best-case scenarios of a successful democratic transition with the conduct of a free and fair election process. New Delhi hopes that it would remain ‘business as usual’ and would not necessitate a drastic revisiting of its continuing strategy. This, in short, is a strategy of convenience.

Even to ensure the best case scenarios, New Delhi would need to work towards ensuring free and fair elections and at the same time broad-base its level of engagement with other political groups to help build an inclusive political order. In a rapidly closing ‘window of opportunity’ between now and 2014, New Delhi will have to use all its leverages including those pertaining to the military arena to set clear policy markers for protecting its primary national interests.

Overemphasising on the regional sensitivities might bind New Delhi eternally to a highly unfulfilling mirage for stability in the backyard. The red line New Delhi has vowed not to cross in Afghanistan might well turn out to be a firewall that limits its aspirations of a great power and net security provider in the region.

Dr Shanthie Mariet D’Souza is research fellow at the Institute of South Asian Studies, an autonomous research institute at the National University of Singapore. She can be contacted at isassmd@nus.edu.sg. The views expressed in this paper are those of the author and do not necessarily reflect those of ISAS. 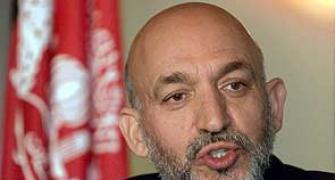 India's neighbourhood in a flux
'In India, there is very little trust in China' 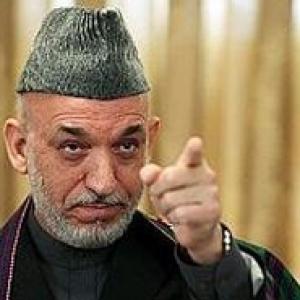 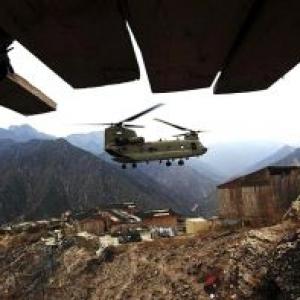 'With bags of cash, CIA seeks influence in Afghanistan'