Pandit Jawaharlal Nehru was born on November 14, 1889. Dr Homi Jehangir Bhabha, 20 years later. This age difference did not hinder their close interaction, which led to the establishment of India's atomic energy programme on a sound footing.

Nehru's faith in science and technology, his genuine respect for Dr Bhabha, and their burning ambition worked synergistically to place India on the nuclear map of the world.

Nehru supported his protégé to solve many, big and small, intractable issues. When scientists were commissioning the APSARA reactor, there was no canteen in Trombay. Scientists needed transport on a 24-hour basis. Government rules did not then permit such demands.

'Incidentally, this provides an example of the way in which the present rules and regulations of government are not really suited for executive work which is to be done at speed and under pressure,' Dr Bhabha reminded Nehru in a message on July 31, 1956.

'The loading of the reactor is a difficult operation, and a mistake may seriously set the project back. It is clear that, in the circumstances, everything should be done which should relieve the physical strain,' he cautioned Panditji.

He got Nehru's approval to provide two cars to scientists on a 24-hour basis and lunch and dinner which an appropriate restaurant will supply for them in the reactor building at Trombay.

A person privy to the arrangement told this writer that the Trichur Mess (now defunct), a hotel in Matunga, served vegetarian meals and the Taj Hotel, non-vegetarian dishes.

'...I do not see how we can lag behind in this very important matter, because atomic energy is going to play a vast and dominating part, I suppose, in the future shape of things it will make power mobile, and this mobility of power can make industry develop anywhere. We will not be tied up so much by the accidents of geography,' Panditji asserted after laying the foundation stone of the National Physical Laboratory on January 4, 1947.

This was seven years before the Soviet scientists connected the world's first nuclear power reactor (5MW) to the power grid at Obinsk.

With his admirable farsightedness and administrative acumen, Nehru realised that for rapid progress in the field of atomic energy, the DAE must enjoy complete autonomy.

Three unique gazette notifications exempted the Department of Atomic Energy from executing work through the ministry of works, housing and supply, from making purchases through the directorate general of supplies and disposals and carrying out construction and civil engineering through the central public works department.

The DAE need not approach the Union Public Service Commission for recruitment of staff.

Within the limits of the budget provision, approved by Parliament, the AEC enjoyed the powers of the Government of India, both administrative and financial, for carrying out DAE work.

Nehru and Dr Bhabha, titans in their fields, had no ego clashes. When Nehru felt that there was a communication gap developing between DAE and others, he asked Dr Bhabha to organise a national conference at Delhi in 1954. Nehru himself presided over the two-day meeting. Leading scientists, engineers, political leaders and administrators attended.

Nehru frankly revealed his mind whenever the need arose.

On July 29, 1955, in a message to Dr Bhabha, Nehru wondered how far the international conference to consider the draft statute of the International Atomic Energy Agency would consider political questions or purely technical and scientific ones.

'I find that some of the other major countries are sending non-technical people as leaders of their delegations. It would probably be advisable for you and your scientific colleagues not to get mixed up too much with the political aspects,' Nehru cautioned.

On April 27, 1956, Yuchiro Isobo, assistant managing editor and foreign editor, Tokyo Shimbun requested Dr Bhabha to write an article on the justifiability of the American hydrogen bomb in the Pacific. Dr Bhabha was inclined to recall the stand officially taken by India on the subject.

'I do not think it will be proper for you to write to the newspaper on this subject. If I had been asked to write, I would have refused. If I have to express an opinion, I do so in Parliament or any other suitable place,' Nehru wrote.

'You, as a scientist, can express your opinion from the scientific point of view on suitable occasions. But to do so in a newspaper, would not, I think be appropriate.'

'You might send a reply to Tokyo Shimbun stating that, as a scientist, you would prefer not to engage in newspaper controversies even on this important subject,' Nehru suggested.

They totally and sincerely respected each other's roles.

While looking forward to one of Nehru's visits to Trombay and Colaba, Dr Bhabha informed Nehru that they were treating the visit as a purely business trip.

'I hope the lunch at Trombay will afford an opportunity for you to meet and talk to some of our outstanding young scientists. All this, of course, will hardly be possible if you come accompanied by other VIPs, and I hope, therefore, that some advance indication will be given from your end of how you would like this visit to be arranged,' Dr Bhabha requested.

'I do not know if any VIPs might accompany me there. No one will come from Delhi. Perhaps the governor or the chief minister might go with me. You can find that out from them,' Nehru promptly replied.

The letters they exchanged bear testimony to their close relationship.

On January 28, 1961, Dr Bhabha reminded Nehru that he has agreed to attend the buffet supper, which Dr Bhabha as the chairman, Atomic Energy Commission, was giving for representatives of foreign governments attending the inauguration at Trombay at the Ashoka Hotel on Sunday, January 29./p>

Nehru quickly confirmed that Indu and he would come for the lunch. 'Nan would not, as she was accompanying Queen Elizabeth to Agra. Betty may or may not come as she was unwell.'

Nehru addressed Dr Bhabha as 'My dear Homi'. To Dr Bhabha, Nehru was 'My Dear Bhai'. There interpersonal relationship is worthy of emulation at everylevel in these troubled times.

What drew the two men together?

Dr Indira Chowdhry, eminent historian and Dr Bhabha's biographer, wrote thus in Mid-Day (February 16, 2009): 'Indira Gandhi recollected that Nehru always found time to talk to Bhabha no matter how late it was not because Bhabha brought to him urgent matters that required his immediate attention but because he found the conversation relaxing.'

'Bhabha recognised that although Nehru was not a practising scientist, his personality revealed the essential attributes of a real man of science.'

'Nehru, on the other hand, often spoke about the longing with which he turned to science even after circumstances made him part company with it. It was almost as if Bhabha opened a window to the world of science that he longed for.' 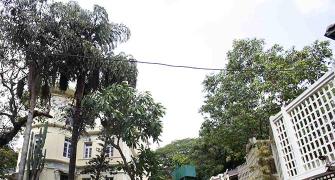 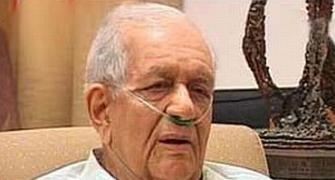 'He believed that strength respects strength'

'He visualised a powerful India'