My Rediscovery of India

The aspirations of India's people have gotten far ahead of the political debate as one sees the malls in tier-2 cities and car showrooms in 'rurbanised' towns, notes Shashi Shekhar, who visited India after two years.

There is only so much the Internet can do to bring India closer to those dwelling in distant shores. There is no substitute to hitting the dirt trail beyond the airports and the 'first world' islands as Samar Harlankar in a column in the Hindustan Times put it, to experience India.

My rediscovery of India comes after two long years. This trip was different unlike the previous ones as opportunities opened to touch almost all major cities and regions but for Eastern India.

As I look back on the trip some images remained seared in memory.

There was the riveting image in Bangalore of a wedding help wielding the broom in one hand and a mobile phone in the other, sweeping and conversing at the same time.

Then there were the heartbreaking images of broken statues of Telugu stalwarts dotting the road along side Hussein Sagar with faceless stumps standing testimony to a movement on regional pride gone horribly wrong.

And then there was the image of monkeys in Bandipur ripping open and feasting on Lays Chips. A marked improvement was the image of a go-kart at a suburban railway station in Bangalore ferrying passengers needing assistance.

But then as they say, the more things change the more they remain the same as one drives with mixed feelings over grain spread on an inter-state highway waiting to be de-husked.

Not much has changed with the airport in Chennai either with its domestic terminal remaining almost where it was a decade ago in stark contrast to the radical changes in Bangalore, Hyderabad, Mumbai and Delhi.

A vestige of the VIP culture and statist economy is a notice on display outside the VIP lounge in Chennai airport listing those with eligibility to access it. It was strange to spot the name of a religious pontiff on that list that otherwise included government figures and politicians.

Delhi's new T3 terminal clearly outperforms the new airports in Bangalore and Hyderabad and the new terminal in Mumbai. One sees a clear application of 'Design for Scale' in Delhi that is missing in Bangalore and to some extent in Hyderabad.

In fact the domestic airport in Bangalore's new airport is almost out of capacity during peak hours. It was odd though that the English language announcements in Delhi's T3 had a distinct British accent that sounded clearly uncomfortable pronouncing Indian names.

Speaking of accents, the most exciting cultural discovery in India was the Chhota Bheem phenomenon. He is all of few inches in two dimensions. Clad in unmistakable saffron and sporting a tilak, he is unapologetically Hindu in exuding his identity. He speaks either Hinglish or your choice of a local language from select few options. He is naughty, noisy and virally addictive.

Romila Thapar may be too old to take notice of him, but now into his fourth season he may be shaping the next saffron cultural renaissance via television.

One day his playing cricket with aliens and on another battling deadly Sharkasurs, Chhota Bheem appears to have become the entertainment mainstay for a whole generation of Indians toddlers.

Between the Children's Entertainment Channel POGO and its more well known International cousin Cartoon Network there appears to be a saffron cultural rejuvenation of sorts at work that is blending ancient Hindu symbols with a 21st century lifestyle to create a unique fusion of Indian culture and entertainment.

While Chhota Bheem is the clear entertainment leader in this cultural renaissance of sorts, you also see the popular stories of Krishna being retold in an innovative format through a series titled Roll Number 21 that pits Krishna and his best friend Sudama against a modern day villain Kamsa.

In another production you have the story of Ganesha being retold through a game of ice hockey and a pop music/dance competiton. What was most stunning was to find an animation series on the life story of Shivaji that surely will fail the Left Liberal litmus test of 'political correctness.'

Chhotta Bheem also represents a fusion of a different kind blending the rural setting of Dholakpur with the Hinglish cosmo-urban India to give a friendly, mischievous face to 'rurban India.'

Gujarat Chief Minister Narendra Modi recently coined the term 'Rurbanisation' to describe the development of urban quality facilities in large villages and small towns. Chhota Bheem seems to be a step ahead as a metaphor for urban mannerisms blending with a rural lifestyle.

It is telling that at a time when an academic debate rages in Delhi over dissent and diversity within the various narratives of ancient Indian culture, today's young Indian parents have moved far ahead of that academic debate.

By opening up their homes to innovation on ancient Indian cultural themes through POGO and Cartoon Network, rurban Indian families are reaffirming that cultural innovation is a continuous tradition that neither needs institutional patronage of the Left liberal academics nor needs to be sustained by their politically correct narratives.

In fact both Chhota Bheem and Roll Number 21 are a long overdue reality check to the Left liberal culture czars who continue to be out of sync with the demographic reality of a Rurbanising India and its cultural imperatives.

All the spin and political rhetoric apart on what India is and what India is not, one thing becomes clear as one drives beyond its major cities. India is fast rurbanising.

In fact along some of the major highways one hardly sees rural patches anymore given the extent of urbanisation in small towns. While one awaits the statistics from the recent census survey it would not be an exaggeration to say that India is fast trending towards becoming a predominantly lower middle class economy.

The flawed debate on the poverty line notwithstanding, the middle class nature of the economy is undeniable as the mobile phone has emerged as ubiquitous symbol of individual empowerment.

Politics in India may still be largely stuck on rhetoric of poverty and lip service to special interest groups. The aspirations of the people of India, it can safely be said, have gotten far ahead of the political debate as one sees the malls in tier-2 cities and car showrooms in rurbanised towns dotting major highways.

If the new found consumerism tells one side of the story, the sheer lack of capacity in governance tells the other side as one finds First World islands marooned within an ocean of Third World dust laden roads.

The rurban town of Sarjapur on the outskirts of Bangalore is perhaps testimony to this disconnect as one cuts through a pothole laden dirt road to find how little of the real estate boom around it has found its way to make any material difference to the infrastructure inside of that town, much of which remains frozen in time.

One in fact doesn't have to go as far as Sarjapur for in the heart of Bangalore, the local municipal corporation wages a losing battle against open garbage dumps in densely populated pockets of the city.

he BBMP, Bangalore's municipal body one could say is not without a sense of humour as one finds the walls in one such dense pocket carrying a threat against public urination, warning of fines and hidden video cameras.

A contentious debate is on in India over opening up of markets to international retailers. Given the mindless manner in which mega-malls have opened up in densely populated urban pockets with no attention to zoning laws, road and parking capacity, that debate perhaps is not half as bad as it appears on the surface.

The assertion that governance must precede development is often made of the Maoist badlands in the deep inside the forests of India. But that assertion could not be truer of India's exploding cities and rurbanising towns. How Mumbai can cope with urbanisation 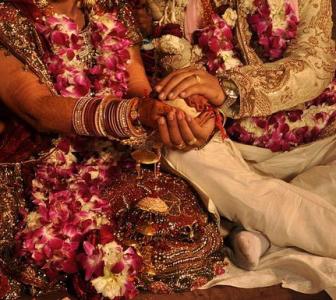 Why young Indian couples want to stay in joint families! 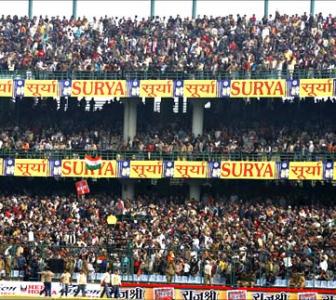 The BJP's lame excuses on FDI are hardly credible 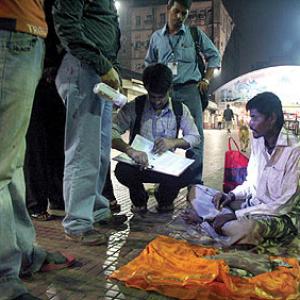 Changing Census and sensibility in a new India