Modi's 'Americayan' will be a success 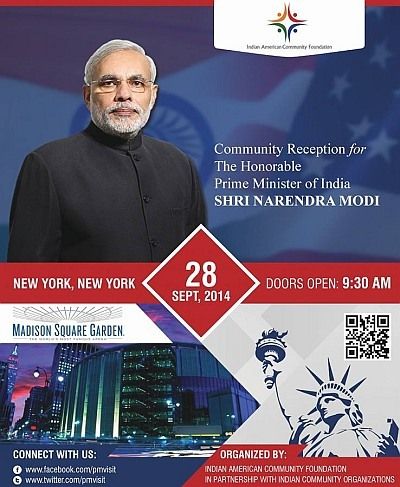 'Unlike Japan and China, the US has a long relationship with India. Modi is going there to fly the Indian flag in a gesture of friendship... This is a journey like none other, meant to signal that the two democracies are in a defining relationship of the 21st century, says Ambassador T P Sreenivasan.

"I challenge you to debate Modi's US vist with me next week. He will bring no investment, no technology, nothing," a former colleague said to me on Asianet

He is right. Modi will not bring a bagful of goodies from Washington. He is not going there to seek anything.

This is a journey like none other, meant to signal that the two democracies are in a defining relationship of the 21st century.

Though it was not planned this way, Prime Minister Modi is leaving for the US soon after the spectacular victory of 'Mangalyan', after India 'dared to reach into the unknown and achieved the near impossible.'

The best memento that he can give President Barack Obama is the latest picture of Mars, which may be new even to NASA scientists. They will look at India with envy, not in condescension to Third World country technology. Americayan will be an equal success.

His journey has begun soon after he reshaped the way India does business with the world by announcing his vision of 'Make in India,' which will have a magnetic effect.

The latest measures announced by India will automatically tackle the issues that the US has raised such as market access and trade restrictions that militate against the American trade perspective.

The warmth of the welcome for Modi will be doubled after the measures announced as part of the 'Make in India' vision.

The assurance of red carpet rather than red tape has already gladdened their hearts. 'Make in India' is a vision that they will welcome, provided the promises are kept. The US has as much to gain from India as India does.

India-American relations are not transactional anymore. The US does not do business like China or even Japan. China does business at the bidding of the political leadership and even Japan has a business community, which acts in accordance with State planning.

The US business has nothing to do with the government. Even at the height of the Cold War, business flourished between India and the US. What we need to do in order to do business with the US is to create the conditions in India itself to make it irresistible for the multinationals.

We need to improve the investment climate, stop being unpredictable about taxes, eliminate scams, increase transparency and increase productivity and efficiency and even Obama cannot stop the US firms from coming to India.

These are the promises that Modi is carrying and they will be music to the ears of the US corporate world.

The welcome being organised by the Indian-American community in the US will be unprecedented. The influence of the community has grown by leaps and bounds to the point of the US appointing one among them as ambassador to India.

Modi will not seek favours from the community, but will invite them to participate in building a modern India. Apart from the community's intellectual contribution, Indian FDI in the US is a strength for India.

As for the issues to be resolved, the visa issue of Modi was buried when John Kerry distanced the Obama administration from the decision, which was taken in 2002.

The Khobragade fiasco is behind us. A New York court has just paid compensation of $250,000 to another innocent Indian, Krittika Biswas, who was jailed without reason. Such an action is not unthinkable in Khobragade's case in the US judicial system.

The nuclear trade is a priority for US businesses and the failure of the two countries to tackle the issues relating to the nuclear liability act has agitated the business community, which lobbied hard for the nuclear deal.

But the US, in its hearts of hearts, does not wish to export nuclear material to India. As long as defence cooperation expands and it triggers job creation in the US, the US will not shed tears for not having nuclear trade.

India has several other sources for nuclear material and reactors. After Fukushima, the nuclear market belongs to the buyers.

The Pentagon has moved centre stage in the relationship after Defence Secretary Chuck Hagel's offer of co-production and co-development of weapons with India. No improvement of relations with our neighbours will obviate the need for strengthening India's defence capability.

India will buy weapons only for its requirements and if our imports benefit the US industry, we do not need to be concerned. Moreover, our good relations with the Pentagon will reduce its involvement in arms supply to Pakistan to a certain extent.

On the political front, the US has many concerns like Ukraine, ISIS, the South China Sea and Afghanistan. Our core national interests are not in conflict with any of these.

We do recognise Russia's legitimate interests in Ukraine, but the annexation of Crimea under the guise of a referendum is contrary to our own principles.

The dangers arising out of ISIS in West Asia will reach our shores sooner than later, if its progress is not checked. We too have commercial and maritime interests in the South China Sea.

The advent of a national government in Afghanistan has increased India's space in Afghanistan. The US will not push India for India's involvement in these issues, but will certainly expect our understanding, which will not be hard to promise.

Modi has more similarities with Obama than with Shinzo Abe or Xi Jinping. Both Modi and Obama have broken the glass ceiling of birth and upbringing and are products of the established democratic process. Both are orators with vision, who can sway public opinion.

Together, they should be able to develop a common vision for themselves and the globe. In that sense, if nothing else, Modi's 'Americayan' will be a success. 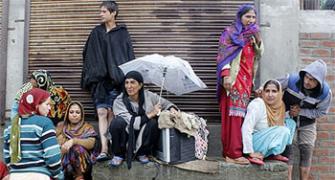 Let Modi help J&K the way he did Kutch 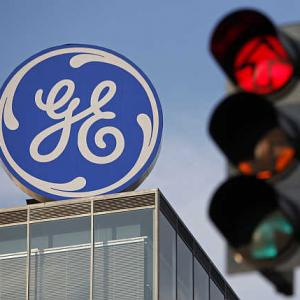