News
Business
Movies
Sports
Cricket
Get Ahead
Money Tips
Shopping
Sign in  |  Create a Rediffmail account
Rediff.com  » News » US Is Back In Business In Afghanistan

Russia and China are tight-fisted and Iran is broke and none of them has the political will or capacity to bankroll the Afghan economy, which only the US can, points out Ambassador M K Bhadrakumar. The US state department admitted belatedly that the first face-to-face meeting between American officials and the Taliban since the regime change in Kabul would take place in at Doha last weekend.

Much planning has gone into this development. The poignancy is at once obvious.

US Secretary of State Antony J Blinken had threatened that Washington would make the Taliban a 'pariah' and exactly the opposite is happening.

The US capacity to make U-turns in policies is a legion, but the alacrity with which this is unfolding is simply breathtaking.

Former US special representative on Afghanistan Zalmay Khalilzad stood excluded from the US delegation for the talks. Instead, his deputy, Tom West, lead the team.

West is profoundly experienced in South Asian politics (including India) and has served in the national security council and had a stint as advisor to then vice president Joseph Biden too.

Thus, the CIA is de facto taking over the negotiations with the Taliban.

That is a signpost for the Biden administration's road map.

The entire Doha process, retrospect, was primarily geared to achieve one objective -- namely, the Taliban's acquiescence to an open-ended US intelligence presence in Afghanistan.

As quid pro quo, the Trump administration offered to replace Ashraf Ghani with an interim government under Taliban leadership.

But in a deal so secretive and delicate, there is always the slip between the cup and the lip.

And that was what happened. Ghani balked (with robust support from India) and dug in; US couldn't deliver on commitments over the release of thousands of Taliban prisoners; the Taliban retaliated by refusing a ceasefire; and, eventually, Biden lost patience, withdrew troops and announced the end of the 'forever war.' The rest is history.

The US is now picking up the threads.

Fortuitously, the deck has been cleared -- Ghani's regime simply imploded; the Taliban took over in Kabul without a shot being fired; foreign occupation of Afghanistan has ended; and, an interim government has indeed come into being.

Doomsday predictions of 'resistance', 'civil war', et al, have dissipated. The Taliban regime is a reality.

But there is a catch -- in fact, two. One, the Taliban lacks the skill and cadres to run a government; two, there is no money in the treasury.

Washington has sized up the seamless potentials of the emergent situation to plot its return to the centerstage by exploiting the impasse -- the Taliban being in 'control' of the country but cannot govern and lacks legitimacy.

Now, the demonising of the Taliban all along has been so through and systematic that the best-kept secret is still that it is actually a rather pragmatic interlocutor.

An emblematic photo last week showed the Talibs protecting the site of the Bamyan statues from further vandalism, awaiting resumption of work by the French archaeologists restoring the cultural heritage!

The American security establishment has a very good assessment of the Taliban leadership's strengths and weaknesses -- including or especially, the Haqqani Network's.

Burns's unpublicised visit to Kabul in August to meet Mullah Baradar in the backdrop of the chaotic situation at Kabul airport testifies to the quiet confidence in Langley that a deal with the Taliban is always possible.

Thus, after a minimal 'cooling-off' period -- six weeks exactly -- the US is back in business.

This time around, the CIA will assume a 'hands-on' role, given the misgivings about the role of Khalilzad (a Trump appointee.)

Through recent weeks, the Biden administration has been finessing a massive financial package aimed at injecting money into the Afghan economy and shoring it up from collapse.

In reality, Washington is offering a vital lifeline to the Taliban.

The point is, Russia and China are tight-fisted -- and Iran is broke -- and none of them has the political will or capacity to bankroll the Afghan economy, which only the US can.

The Taliban is well aware that the return of the international funding institutions and the UN is the imperative need of the hour and that Washington holds the key to it.

Therefore, the prospects are that the revamped US strategy will work.

A big plus factor is that Pakistan is passionately advocating the US re-engagement with the Taliban.

Conceivably, the recent reshuffle in Pakistan's Inter-Services Intelligence will significantly strengthen the 'moderate' faction within the Taliban.

The special meeting of the national security council that Prime Minister Imran Khan convened last Friday in Islamabad took stock of the forthcoming US-Taliban re-engagement and has set up a special body for coordinating Afghanistan-related matters in the period ahead.

The statement on the NSC meeting said that Imran Khan 'directed the establishment of a dedicated cell to synergise various streams of efforts on Afghanistan across the government, including international coordination for humanitarian assistance and effective border management to prevent any negative spillover into Pakistan.'

For the first time, perhaps, in the past 40 years, an 'all-of-government' approach is being introduced.

Imran Khan has been lobbying hard personally in the recent weeks with the international community -- Washington, in particular -- to persuade it to engage with the Taliban regime, grant it recognition, and resume development assistance so that the prospects of viability of the new set-up could improve.

His tenacity has met with success. While the recognition issue depends on Taliban meeting the broader US demands, it is a quintessentially matter of optics, while Washington is indeed gearing up to provide assistance to avert a humanitarian crisis in Afghanistan.

To be sure, Imran Khan will be supportive of the talks at Doha in the weekend.

The NSC meeting has commended that 'The importance of international coordination on constructive political and economic engagement with the interim government in Afghanistan was also highlighted.'

Significantly, Sarah Charles, a veteran hand at the USAID (formerly a member of the national security council from 2013 through 2017) with a range of experience in refugee issues, poverty alleviation, sustainable development goals, role of multilateral development banks, etc is part of the team negotiating with the Taliban ministers in Doha in the weekend.

From the composition of the two delegations, substantive talks can be expected to set the ball rolling for a comprehensive US engagement with the Taliban authorities in Kabul.

A strategic inflection point has been reached, for sure. 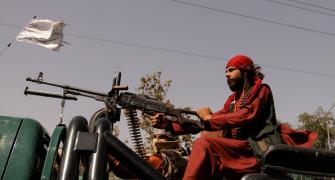 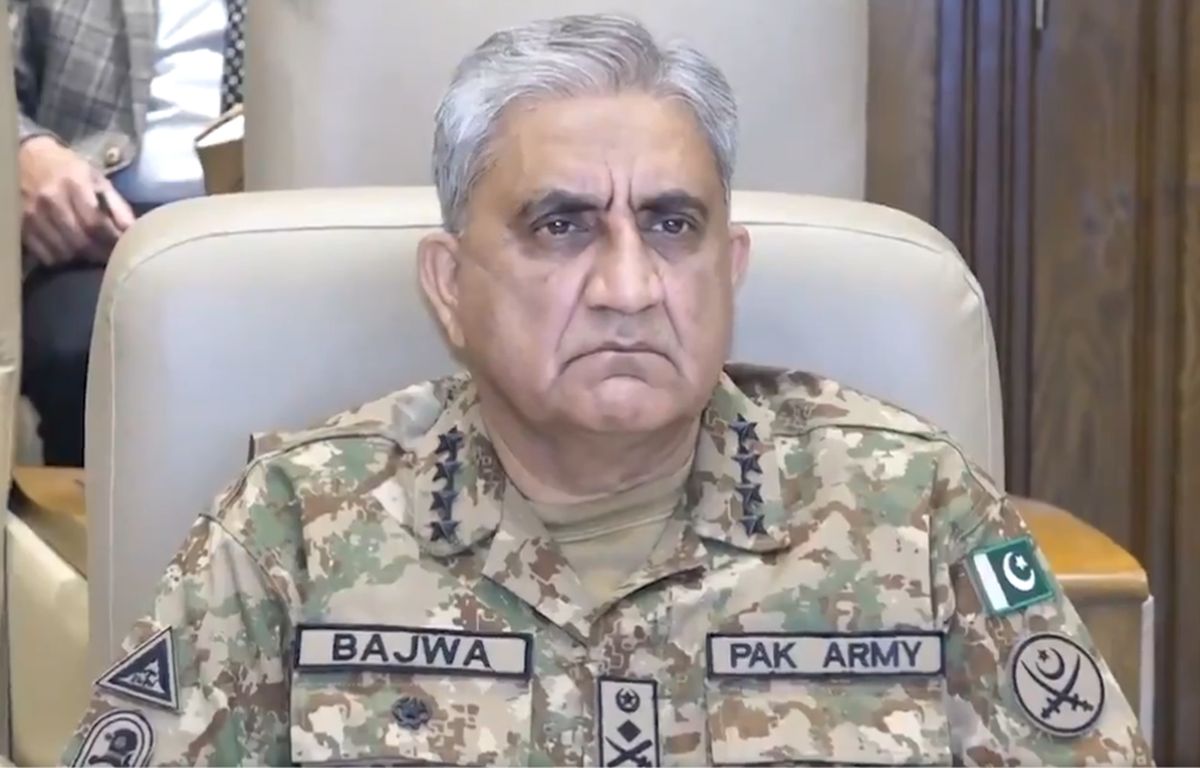 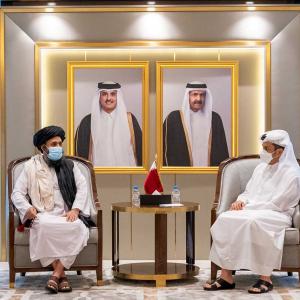