News
Business
Movies
Sports
Cricket
Get Ahead
Money Tips
Shopping
Sign in  |  Create a Rediffmail account
Rediff.com  » News » What the World Expects From the Taliban

The world's attention is on the new Taliban and the imminent announcement of an inclusive government in Kabul, observes Ambassador M K Bhadrakumar, who played a stellar role in beginning India's dealings in Afghanistan in 1994. 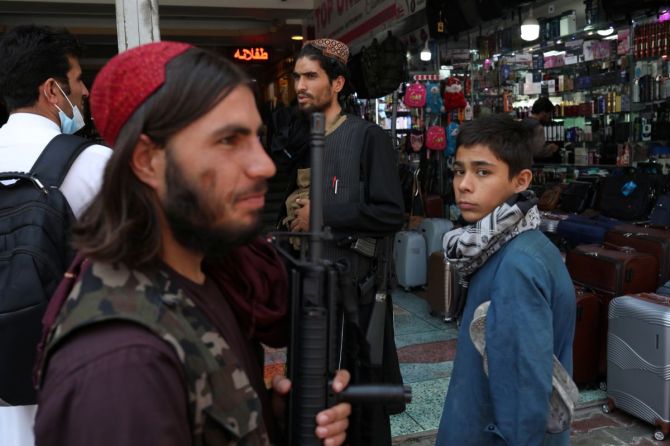 At the daily foreign ministry briefing in Beijing on Friday, September 3, 2021 the Russian correspondent of Sputnik asked spokesperson Ambassador Wang Wenbin how China viewed the Taliban decision to attack Panjshir and how this will affect the Afghan situation.

Ambassador Wang replied that 'It is China's sincere hope that all parties in Afghanistan will go with the Afghan people's eager aspiration and the international community's expectation to resolve differences through consultation and ensure a steady transition so that the people of this war-torn country can live free from war and conflict and build lasting peace at an early date.'

The remark implies that Beijing is unhappy, but won't apportion blame. That is consistent with Chinese policy not to interfere.

Having said that, China remains optimistic about the overall situation in Afghanistan characterised by 'a fundamental change... (whereby) the future and destiny of Afghanistan are once again in the hands of the Afghan people', as Assistant Foreign Minister Wu Jianghao put it in a phone conversation on September 2 with , Mawlawi Abdul Salam Hanafithe deputy head of the Afghan Taliban's political office in Doha.

The salience is that China will not wade into the face-off in Panjshir, although its outcome would have some bearing on the security and stability of the Afghan-Tajikistan border, where China has been a provider of security in league with Tajik security in the most recent years.

The Iranian foreign ministry too has taken a similar stance on the events.

On Saturday, Foreign Ministry Spokesman Saeed Khatibzadeh called on all Afghan groups to be committed to principles of negotiations in a bid to help resolve their disputes and avoid violence.

'Iran believes that lasting peace and stability will only be established in Afghanistan through holding intra-Afghan talks and without the presence and intervention of foreigners, Khatibzadeh said.

Iran, Khatibzadeh pointed out, is in continuous contact with all Afghan groups and the people of Afghanistan deserve a popular and inclusive government that reflects the country's demographic and ethnic structure.

In broadly similar remarks on Friday, Russian President Vladimir Putin said, 'The realities as they are, the Taliban movement controls nearly the whole territory of Afghanistan, except for Panjshir and the adjoining territories to the north, small territories that border on Tajikistan. If this is so, we must proceed from the realities.'

'Russia is not interested in the disintegration of Afghanistan. If this happens, then there will be nobody to talk to. The Islamic Movement of Uzbekistan and many others in the territory of Afghanistan pose a threat to our allies and neighbours. And if we remember that we have no visa restrictions -- and cross-border travel is actually free -- it will be clear that for us, for Russia, all this has great importance from the standpoint of maintaining our security.'

With Turkey reportedly leading the effort to resume operations at Kabul airport -- and the Taliban spokesman Zabihullah Mujahid hopeful that the airport 'will be operational again in September' -- trust Ankara to retain Afghan warlord Rashid Dostum from joining any anti-Taliban front.

Equally, the Taliban has effectively neutralised Ismail Khan's potential for mobilising the Tajik population in Herat to rally behind the Panjshir revolt.

On Thursday, Turkey's Foreign Minister Mevlut Cavusoğlu was quoted as saying, 'Security must be established in a way that everyone is confident in it. We conveyed our thoughts on this matter to the Taliban.'

Turkey's "greatest hope" for Afghanistan, Cavusoğlu said, is for the country to 'ensure order and stability as soon as possible.' 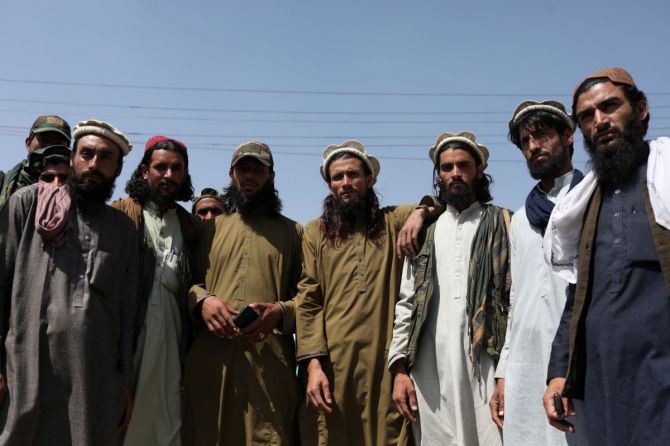 Clearly, the unscheduled weekend visit by UK Foreign Secretary Dominic Rabb to Islamabad aimed at leveraging Pakistan's influence on the Taliban leadership to move in the right direction and to stabilise the security situation. Washington is obviously leaning on London.

Against such a backdrop -- and with the United States is focused on finessing a predictable pragmatic working relationship with the Taliban based on common interests -- the likelihood of the Panjshir revolt metastasising to a pan-Afghan anti-Taliban resistance is zero.

The Taliban objective will be to reduce the Panjshir revolt to a residual irritant and to squash it altogether eventually -- with some Pakistani advice on the operations, if necessary.

The Taliban operations are reportedly meeting with some success already.

Rumours spread on Friday night that Panjshir has fallen to the Taliban and there was some celebratory gunfire in Kabul -- although Taliban had made no official declaration of victory.

US Secretary of State Antony J Blinken's latest remarks on the Taliban have been in a noticeably moderate tone.

Blinken seemed to expect 'some real inclusivity' in the Taliban government and he now concentrates on 'what any government does... We're looking at what actions, what policies any new Afghan government pursues. That's what matters the most.' 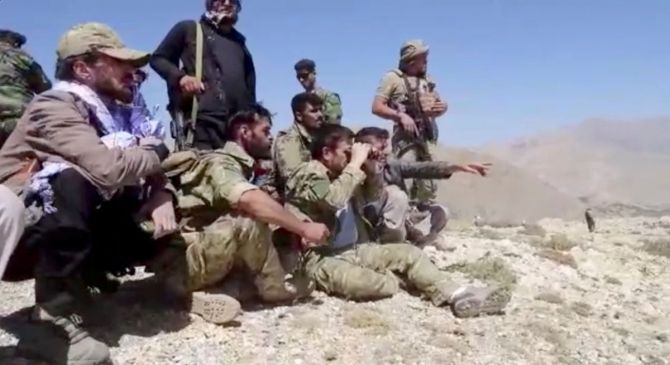 Meanwhile, the US treasury department in Washington has issued specific licenses to allow US government agencies, contractors, and grant recipients to continue to provide critical and lifesaving humanitarian aid to the people of Afghanistan, despite sanctions on the Taliban, which will be through independent organisations.

On the other hand, United Nations Secretary-General Antonio Guterres will convene a ministerial meeting in Geneva on September 13 to seek a swift scale-up in funding to address the growing humanitarian crisis in Afghanistan.

Quite obviously, as the international community adjusts to the new reality of a Taliban-ruled Afghanistan, the brewing revolt in Panjshir is becoming a footnote.

Frankly, the revolt never had a chance to blossom into a resistance movement.

The world's attention is on the new Taliban and the imminent announcement of an inclusive government in Kabul. 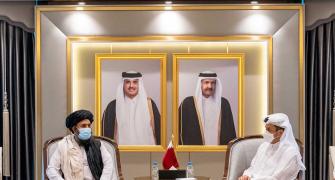 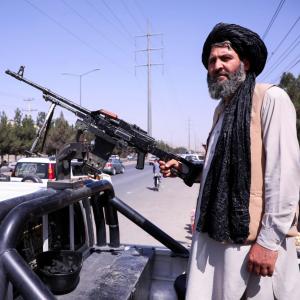 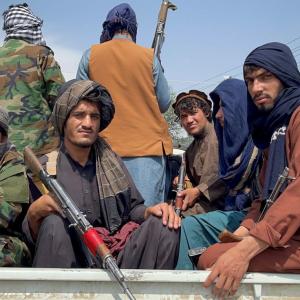