Would a Muslim or Christian or Dalit mob who lynched someone because their religious feelings were hurt be given State protection? asks Jyoti Punwani. IMAGE: Activists of various Sikh organisations gather outside the Golden Temple after a man was beaten to death on the temple premises for alleged sacrilege, December 18, 2021. Photograph: PTI Photo

One, the feeling of power that comes from belonging to the majority community cuts across faiths.

Third, it takes a rare political leader from the majority to raise his/her voice against his/her own community.

How different are the lynchings of two non-Sikh youth inside the Golden Temple and a Kapurthala gurdwara from the many lynchings of Muslims that we have seen over the last six years?

Those lynchings were triggered by suspicion that the Muslims had eaten beef or were involved in cow slaughter. The Hindutva leaders who led the mobs didn't think of calling the police. They acted like they had the right to kill the Muslims -- not for breaking the law -- but for having dared to hurt Hindu sentiments.

Whether or not the Muslims were breaking any law was irrelevant. When the first lynching of Mohammad Akhlaq took place in 2015 in Dadri, on suspicion that he had slaughtered a cow and eaten its meat, Uttar Pradesh only had a regular Anti-Cow Slaughter Act, wherein eating beef was not a crime. The current harsh amended Act was introduced by Yogi Adityanath much later, in 2020.

In Assam too, Muslims have been attacked and even lynched in the past four years, not just on suspicion of cow theft, but merely for having bought and sold beef, though beef was not banned under Assam's old anti-cow slaughter law. The law was amended only this August.

In all these incidents, it was said that the mobs' 'sentiments were hurt' The same justification is being given by everyone In Punjab, including political and religious leaders.

In the first lynching inside the Golden Temple, sentiments were so hurt that after spontaneously beating up the miscreant on the spot, he was taken to another room. He emerged from it only in a wheelchair.

After that he was taken to the Shiromani Gurdwara Parbhandak Committee headquarters in the Golden Temple complex. Within five minutes, the police also reached there.

35 minutes later, the miscreant's dead body was placed outside the SGPC headquarters.

So, the Punjab police were present when the man was injured and alive, yet they didn't take him to hospital. Was he killed in their presence?

There was no doubt about the police presence when the second lynching in Punjab took place in Kapurthala two days after the first. Instead of taking him away for questioning, the police allowed the mob to beat him to death. 'Emotions were running high,' said the Kapurthala police chief.

In Hapur, UP, too, the police could not deny their presence when meat trader Qasim Qureshi was lynched in 2018. Three cops were caught on camera leading a mob that was dragging Qureshi along the ground by his arms and legs. When the photograph was flashed in the foreign media, the policemen were transferred.

If law enforcers support mobs who think nothing of lynching people belonging to a minority faith, what about lawmakers?

Which government has ensured that strict action is taken against those accused of lynching? The Kapurthala police chief was trying to do just that; he had announced an FIR against those in the mob. But he had to take back his words after a mysterious phone call.

Obviously, the person who called was someone senior, either in the police or the government.

Who can forget Union Minister of State and BJP MP Jayant Sinha's garlanding of eight Hindus convicted of lynching meat trader Alimuddin Ansari in Ramgarh, Jharkhand, in June 2017? Incidentally, Ansari's case was among the rare ones when a government actually acted.

Despite heading a BJP government, then Jharkhand CM Raghubir Das ensured swift prosecution of the Hindu accused. The police provided enough evidence to a fast-track court for 11 accused to be convicted within nine months. One of them was a BJP office bearer, another an ABVP member, a third a member of the Bajrang Dal.

What promoted this rare commitment to the rule of law?

Prime Minister Narendra Modi's remarks against lynching which were made on the very day Ansari was lynched.

Is this an indication that when the message comes from the top, even diehard believers in the ruling party's ideology (Raghubir Das is an RSS man), fall in line?

Perhaps not, because the lull in lynchings by so-called gau-rakshaks after the PM's remarks lasted just four months.

In Punjab, there's no such message coming from the top. The only politician to condemn the two lynchings unequivocally has been former CM Amarinder Singh. Perhaps he can afford to since he now heads his own party and has nothing to lose in the coming elections. 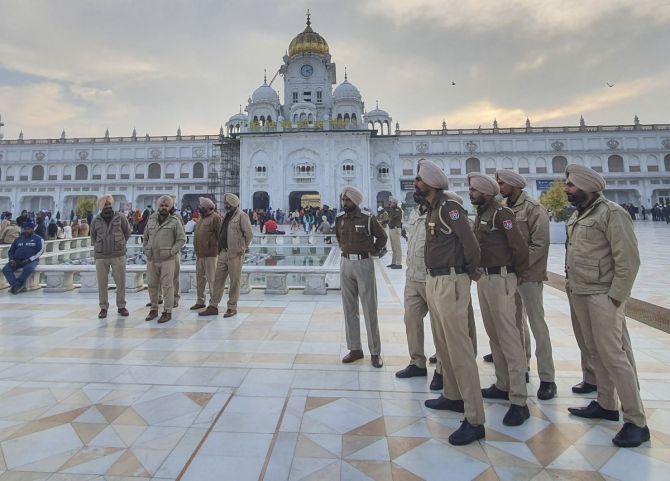 But there is one factor which distinguishes Punjab's lynchings from those of Muslims.

In the latter case, the lynchings are rarely a spontaneous expression of hurt sentiments of ordinary believers. Those leading the mobs have been found to be leaders of Hindutva organisations. Moreover, their actions have been planned; they have acted on tip-offs and gone about hunting down their targets in an organized manner.

Their brazenness in committing murder in broad daylight and even filming their acts flows from the knowledge that the ruling party in the state and Centre will ensure they remain beyond the law.

In Punjab, on the other hand, both the lynchings appear to have been spontaneous outbursts by ordinary Sikh devotees, provoked by acts of sacrilege.

Which is worse? A frenzied mob murdering someone because he offends their religious feelings, knowing they won't be punished because the State supports them?

Or a frenzied mob murdering someone who offends their religious feelings, believing they are fulfilling the demands of their faith, regardless of whether the State supports them or not?

But is it that simple? Is it just a coincidence that in Punjab, where the lynching by Sikhs was spontaneous and provoked by 'hurt feelings', the state is controlled by Sikhs? Hence, the lynching is not even being seen as a crime.

Would a Muslim or Christian or Dalit mob who lynched someone because their religious feelings were hurt, be given such protection? 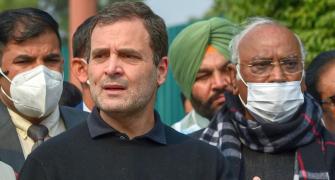 Word 'lynching' unheard of before 2014: Rahul