News
Business
Movies
Sports
Cricket
Get Ahead
Money Tips
Shopping
Sign in  |  Create a Rediffmail account
Rediff.com  » News » In TN, BJP waits for Rajini, who is waiting for 2.0

In TN, BJP waits for Rajini, who is waiting for 2.0

The BJP may have to wait a little longer in Tamil Nadu to tie up with the superstar because, despite early and intermittent signals to the contrary, Rajinikanth has been going slow on his political project.

Instead, he has been busy with two films on hand. One is acclaimed film-maker Shankar’s 2.0. He has also quickly signed up for another movie produced by Sun Pictures of Kaalanidhi Maran, says N Sathiya Moorthy. 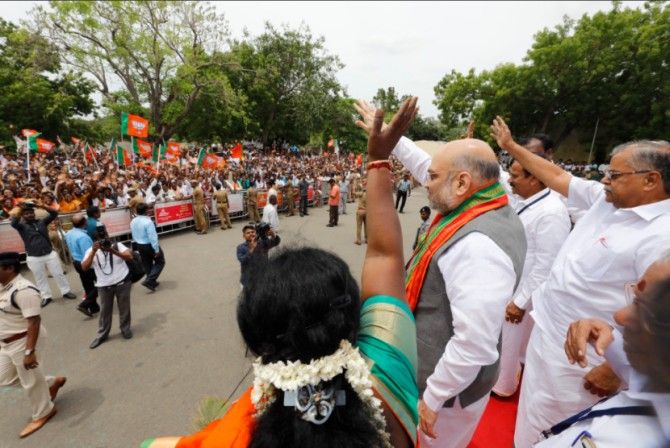 By declaring that Tamil Nadu was among the most corrupt states in the country, and that his party would share power in the state the next time round, Bharatiya Janata Party national president Amit Shah seems to be hinting that they might have already written off TN for election 2019.

In doing so, Amit Shah also reportedly asked the state BJP leaders to strengthen the party for the Lok Sabha polls of 2019 so that they could ‘do an Assam’ in ‘Dravidian’ Tamil Nadu as well.

However, going by ground realities and current trends, the BJP may still be looking for Tamil cinema’s super-star Rajinikanth to launch his own political outfit, so that the two can project a ‘strong and credible alliance, free of corruption and full of ‘good governance’ promises’.

There is a however a catch. Rajinikanth is not talking politics and party-launching any more now, and may even be awaiting the much-delayed release of much talked-about sci-fiction movie 2.0, a sequel to the very successful Robot (Enthiran in Tamil, 2010), now slated for release on November 29, 2018.

This follows the failure of Rajini’s recent screen-offering Kaala failing to make the ‘super-star’ grade at the box office, and more so for avowed fans of decades, despite visible political overtones and critical acclaim across the country.

In Chennai for a day on Monday, Amit Shah met with constituency-level party in-charge from across the tate before strategising for the 39 Lok Sabha seats in Tamil Nadu in election 2019. At the end of it, he said the party would continue with the existing NDA combine, denied fissures and also strengthen it by inducting new constituents.

At least as far as Tamil Nadu is concerned, Shah did not say whether he had the combine of election 2014 or the assembly polls of 2016 in mind.

However, there is some hope in the state BJP camp that the 5-7 extra vote-share, which they argue had gone to AIADMK under Jayalalithaa in the assembly polls, would return to their party and stay there for good now after Jaya’s exit from the scene.

It thus remains to be seen if the ‘Modi magic’ would also hold in election 2019, in Tamil Nadu especially, or would it fade away as the BJP-NDA under incumbent PM AB Vajpayee found out in 2004, at the national level, too.

If the BJP does well at the national level and also improves its vote-share in Tamil Nadu, Amit Shah’s reported ‘Assam comparison’ may hold good for the assembly polls of 2021. Or else, the party may have to strategise differently for the future.

All of it leaves the BJP (only) with the option of waiting for Rajinikanth to launch his party, and hope that he would come up as an alliance partner, whichever election he chooses to join in – election 2019, or the assembly polls of 2021.

While announcing his intention to launch a political party of his own (also) to “save Tamil Nadu from the corrupt ‘Dravidian’ polity”, on last New Year Eve, Rajini however declared that his outfit would be ready (only?) to contest the next assembly polls in the state.

However, possibly after being taunted by his political critics old and new, that he was in the habit of talking politics only ahead of his film releases and not otherwise, the super-star clarified that his new party would be ready for contesting any election, any time -- and at ‘short notice’.

For one thing, in the ordinary course the Lok Sabha polls are due long before the assembly polls. For another, there has been continual talk of the Madras high court forcing the AIADMK state government of Chief Minister Edappadi K Palaniswami to conduct the much-delayed local bodies’ polls before the Lok Sabha elections.

For some in ‘Team Rajini’, for him to launch a political party and contest the local bodies polls and the Lok Sabha polls, whenever held, seem to make greater sense.

One, it would help erase all existing misgivings, if any, about Rajini actually entering direct politics. For another, such a course would help prepare the new party’s cadres to organise themselves to face the big test, which is the assembly polls of 2021.

This initial, inherent hiccups apart, naysayers in the camp seem to be apprehensive if the new party could be expected to do well in the local bodies polls, or if the ‘Rajini charisma’ would convert into seats, either for the party or for any alliance in which his party became a partner, in the Lok Sabha polls.

According some, any failure in the local bodies polls could be covered up in many ways -- as no clear-cut results can be drawn by anyone. That is not the case with the Lok Sabha polls, where with only 40 seats, including the lone Puducherry UT seat up for grabs, Rajini’s voter-draw would become crystal clear  -- one way or the other.

In the early days, BJP strategists had hoped to win over the state under Modi’s charm, following Jayalalithaa’s death, accompanied by rival DMK boss Karunanidhi’s age-related health issues. Soon, they themselves seemed to have changed their assessments.

This meant that the BJP wanted a strong local ally. Given the BJP’s ‘religion-centric’ public perception and PM Modi’s ‘Mr Clean’ image, they were looking for one.

This could not be the post-Jaya AIADMK as the Modi government itself had launched many IT and ED raids against ministers in the state government, and their alleged accomplices.

Now, Amit Shah’s strong reference to Tamil Nadu being the ‘most corrupt state’ implies that the AIADMK too is out the BJP’s reckoning, just as rival DMK is, though for other, ‘Hindutva-centric’ reasons.

This apart, even for the AIADMK, the BJP could well become an electoral burden, given the party’s need to maintain a ‘secular’ and pan-Tamil image, as much Jayalalithaa could do in her times, though on a slippery slope at times.

Some sections of the AIADMK too seem to feel that with BJP in tow, they could forget the Lok Sabha polls. Instead, they could together consider any post-poll arrangement, if found necessary and feasible, based on the numbers, which they still hope to make, minus the BJP.

It was against this background that Rajini appeared on the scene with his promise of ‘spiritual politics’ and a new political party. Supporters and critics alike concluded that the reference was only to the BJP.

However, it may all have to wait, at least as far as the BJP is concerned.  This is because despite early and intermittent signals to the contrary, Rajini has been going slow on his political project.

Instead, Rajini has been busy at least with two films on hand. One is of much-acclaimed film-maker Shankar’s 2.0. He also quickly signed up for another movie once Kaala was canned, this one produced by Sun Pictures of Kaalanidhi Maran.

Given the political controversies and corruption cases attaching to the Maran Brothers, curious middle-class sympathisers of Rajinikanth who are ‘hoping’ for a ‘positive political alternative’ in Dravidian Tamil Nadu, are not so sure if the super-star is serious and honest about fighting corruption off-screen.

It is against this background that Rajini needs to give a ‘huge-hit’ for his fans, followers and political adversaries alike, before launching his politico-electoral outfit. Now, Shankar’s 2.0 seems to be that vehicle.

While industry speculation and fan-enthusiasm from now on will only grow until the film hits the global screens on November 29, political observers may maintain strategic silence until then to pronounce their verdict on Rajini’s political career and electoral future. 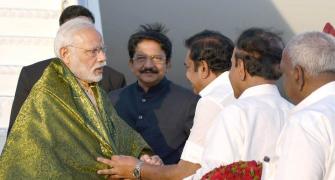 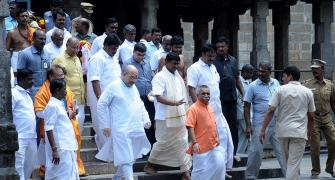 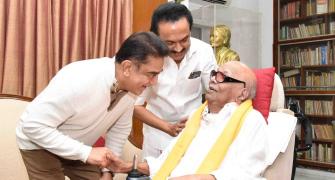 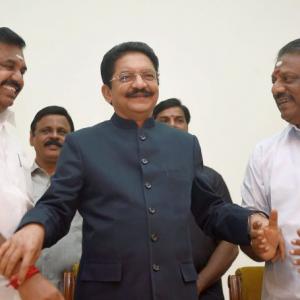 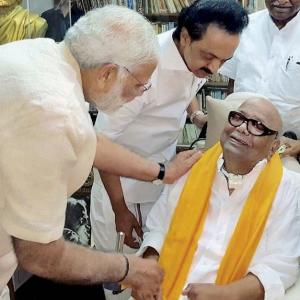