News
Business
Movies
Sports
Cricket
Get Ahead
Money Tips
Shopping
Sign in  |  Create a Rediffmail account
Rediff.com  » News » How power was transferred in the Mughal empire

The cardinal rule for Mughal princes was 'Ya Takht, Ya Takhta' (the throne or the funeral pyre).
The princes went to battle against their brothers, even their father, to become emperor, points out Syed Firdaus Ashraf.
Illustration: Dominic Xavier/Rediff.com

On the Gujarat election trail this week, Narendra D Modi likened Rahul Gandhi's elevation as Congress president to the passing of the crown from one Mughal emperor to his son, meaning a perk of dynasty.

History, however, makes it clear that unlike in the Congress party, succession was seldom smooth in the Mughal empire.

The cardinal rule for Mughal princes was 'Ya Takht, Ya Takhta' (the throne or the funeral pyre). The princes imbibed this fact and went to battle against their brothers, even their father, to become emperor.

Zahiruddin was born on February 14, 1483 and nicknamed Babur (tiger). When he was 12, his father Umar Sheikh Mirza died in an accident.

Babur became the ruler of Fergana in present day Uzbekistan, but soon found his kingdom under attack from two of his uncles who wanted to make his younger brother Jehangir the ruler.

By the time he was 15 Babur was evicted from Fergana by his scheming uncles. For years he wandered in the mountains of Central Asia with a rag-tag army, scouring kingdoms nearby for opportunities of conquest.

When Ulugh Beg Mirza, an uncle and the ruler of Kabul, died, Babur seized the opportunity to capture the city.

The fear of Uzbek warlords bothered Babur though and in 1526 he rode across the Indus river to defeat Ibrahim Lodi, the sultan of Delhi, in the first battle of Panipat.

The Mughal empire was born.

Nasiruddin Muhammad Humayun was born on March 6, 1508 in Kabul.

Like his father Babur, Humayun too had to fight his brother to retain the throne.

After Babur's death his younger son Kamran got Kabul and Kandahar while Humayun ruled the territory beyond the Indus.

After Sher Shah Suri defeated Humayun's army, the second Mughal emperor was without a kingdom for 15 years.

Humayun fled to Persia (modern day Iran) where he sought refuge under Shah Tahmasp of the Safavid dynasty.

After a year in Persia at the shah's request, Humayun attacked Kabul for the Safavids.

He captured Kamran and Kabul. Humayun chose not to execute his brother, but blinded him and then sent him on the Haj.

His son Akbar ascended to the throne aged just 14.

Akbar realised Bairam Khan was a potential threat and planned his execution with his foster mother Maham Anga's help.

But Akbar had a change of heart and spared Bairam Khan's life.

Akbar may be heralded as Akbar the Great, but there were more than 100 rebellions during his reign. The emperor clearly did not have it easy.

Even his heir Salim went to battle against Akbar. Like all the emperor's enemies, he too was vanquished, but escaped with his life.

Salim -- or Jehangir (seizer of the world) as he came to be known -- was 36 when he ascended the Mughal throne.

Soon after his coronation, his 18-year-old son Khusrau revolted. Jehangir's troops captured the rebellious prince, blinded him and transferred him to his brother Shah Jahan's custody where he died mysteriously in 1622.

Shah Jahan too revolted against Jehangir and was on the run for three years. But he escaped Khusrau's fate and lived on to succeed his father.

The emperor wanted Dara Shikoh -- a model prince if there was one -- to succeed him, but Aurangzeb had other plans.

In the battle of Samugarh on June 8, 1658, Aurangzeb defeated Dara Shikoh and became the emperor of India.

Dara Shikoh fled to Sindh where he tried to mobilise an army to take on Aurangzeb's might with the Marwar king Jaswant Singh's help, but failed.

Betrayed by one of his lieutenants, Junaid Khan Barozai, Dara Shikoh was brought to Delhi in chains.

Aurangzeb ordered his execution -- Dara Shikoh's head was presented to the emperor as proof that his eldest brother was dead.

Aurangzeb did not spare his other brother Murad who had aligned forces with him to defeat Dara Shikoh.

Aurangzeb and Murad had agreed to divide the Mughal empire between themselves. One half would be ruled by Aurangzeb, the other by Murad.

Aurangzeb had no intention of honouring the agreement.

A month after Dara Shikoh's death, Murad was spirited away to Gwalior fort in an intoxicated state.

When he regained his senses, Murad realised that Aurangzeb had trapped him. After two years in captivity, Murad was executed in 1661.

By then Aurangzeb had defeated his other brother Shuja, the governor of Bengal, in the battle of Khajwa in 1659.

Shuja fled the battlefield and believed to have sought refuge with Kin Sanda Thudama, the king of Arakan in present day Myanmar. That was the last he was heard of.

Some historians believe Shuja was murdered by the emperor's spies.

Meanwhile, what of Shah Jahan?

Aurangzeb imprisoned his father and when Shah Jahan cursed the emperor for killing his brothers, Aurangzeb reminded him that he was no different, he too had killed his brother for the throne.

This was how the crown passed on in the Mughal empire.

Dynastic yes, but no smooth ascension to the throne. 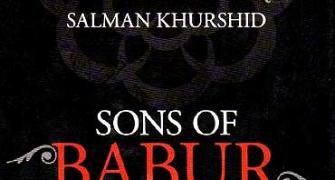 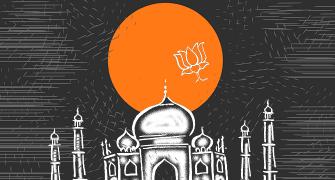 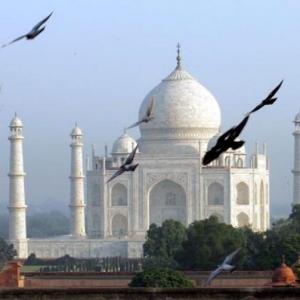