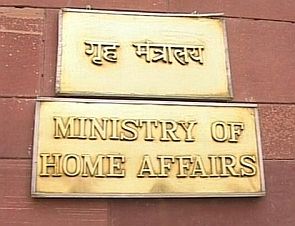 On this one issue that touches the raw nerve of Tamil Nadu, Modi had better heed M Karunanidhi's sage words conveying "the desire and appeal of all well-wishers of the nation that Prime Minister Modi should focus on accelerating economic growth and social development" and not, let me add, let his ministers embark on disruptive escapades, says B S Raghavan.

I was a lover and pracharak of the Hindi language in the then Madras Province for nearly 12 years before I joined IAS in 1952. I also dealt with the catastrophic and widespread riots against Hindi in the then Madras state in 1965 in my capacity as deputy secretary in charge of political and security division in the Union ministry of home affairs. It is in that capacity that I enter this caveat on the Minister of State for Home, Kiren Rijiju, wantonly stoking the not-yet-dead fears of Hindi imposition, when there are plenty of vitally important problems relating to political and economic management crying for immediate attention.

I hold a visharad degree in Hindi and was a pioneer of sorts in giving a start at the turn of Independence to the Madras All India Radio's Hindi teaching programme which had a large following. A published collection of my Hindi poems had also been favourably received long many years ago. When Mahatma Gandhi came to Madras in 1946 to participate in the silver jubilee celebrations of the Dakshin Bharat Hindi Prachar Sabha, in view of my proficiency in Hindi, I was one of the young student-volunteers selected to be his attendant-cum-door keeper.

My posting in 1961 as a deputy secretary on deputation in the home ministry owed much to this background: One of the responsibilities of the vacant post which I was meant to fill was the promotion of Hindi as the official language. The first thing told to me on taking charge was that I was the personal choice of the then Home Minister Lal Bahadur Shastri, who was looking for someone who was a native of a non-Hindi speaking state and whose mother-tongue was not Hindi, and who, therefore, would be able to mute any criticism of himself or the ministry being overzealous, insensitive or fanatical.

At the very first meeting after I joined, when he asked me whether I had any ideas on the promotion of Hindi, I remember to have given a short lecture in that very language to the following effect: Jawaharlal Nehru had given an inviolate and inviolable commitment in 1958 that English will continue as the official language so long as people in the non-Hindi speaking states wanted, and that there would be no change in the position without their consent. The situation in this light did not warrant any overt promotional effort.

The more important point, I told him in Hindi, was that language was inextricably interwoven with a people's sentiment, emotion and genius, and just could not be ‘promoted’ by official diktats. The best way of promoting Hindi was for Hindi-speaking people to demonstrate their love for, shed their ignorance of the greatness of,  and become well-versed in, languages other than Hindi, and speak to non-Hindi speaking people in their own languages, just as I was doing in my conversation with him at that very moment.

So, the first order I told him I would propose for his signature to promote Hindi was to direct  all state governments, universities and educational institutions of Hindi-speaking states to institute courses of study of languages other than Hindi and for their MPs and MLAs to speak in south Indian languages to people of the south!

It is to the credit of Shastri that he not only listened to me sweetly and with a smile, but actually approved the issue of such an order! Sometime in the early 1960s, while addressing a function (centenary, if I remember aright) got up in Madras to laud the services of The Mail, he reiterated Nehru's assurance in clear-cut terms, and declared that the only sure-fire way of advancing the cause of Hindi was for Hindi-speaking people to learn as many languages as possible different from theirs and for educational institutions of Hindi-speaking states to have courses in languages other than Hindi. Guess who wrote that speech!

With Rijiju as friend, neither Narendra Modi nor BJP, needs enemies. I hope the BJP is not hell-bent on being wiped out in Tamil Nadu, as the Congress has been since 1965 when, following the anti-Hindi agitation, K Kamaraj was defeated in his own home constituency by an unknown college student. In fairness to Rijiju, however, it must be said that his is not a new instance of mindless insensitivity to the susceptibilities of the south in the matter of Hindi-centric proselytisation.

When the agitation against Hindi in Tamil Nadu was at its peak in 1965, with buses and trains being burnt, and many dead in police firing and several volunteers lending a macabre touch by immolating themselves, the railway ministry chose that precise moment to announce the renaming of the Southern Express as Dakshin Express, provoking fresh rounds of arson, destruction of public property, police firings, gruesome immolations, and resignations of C Subramaniam and O V Alagesan from the Cabinet, leading to Indira Gandhi herself making an air dash to Madras to assuage inflamed feelings and reiterate her father's assurance.

The powers-that-be at New Delhi must realise that the very mention of anything that smacks of propping up Hindi by the Centre to the subordination of other Indian languages raises the hackles of even the enlightened sections in the south.

When the Committee on Regionalism of the National Integration Council (presided over by C P Ramaswamy Iyer with Biju Patnaik, Kamraj, B P Chaliha and Asoka Mehta as members) met at Raj Bhavan in Madras on September 2, 1962, (I was servicing the council and its committees), Chief Justice P V Rajamannar, appearing as a witness, said that whenever he received a letter from the central government addressed to him in Hindi, he himself felt uncontrollably angry and felt like burning a few buses!

On this one issue that touches the raw nerve of Tamil Nadu, Modi had better heed M.Karunanidhi's sage words conveying "the desire and appeal of all well-wishers of the nation that Prime Minister Modi should focus on accelerating economic growth and social development" and not, let me add, let his ministers embark on disruptive escapades. 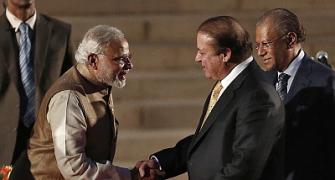 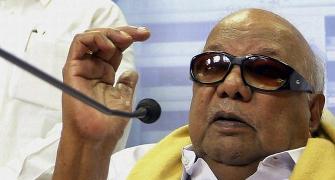 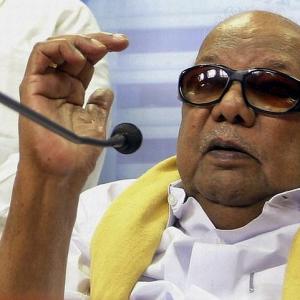 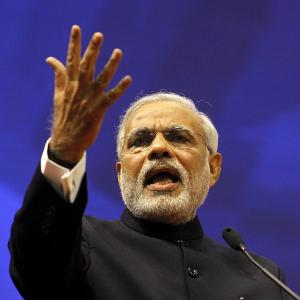