'A lack of strategic trust and the 'persistent security dilemma' prevails between India and China,' points out Dr Rup Narayan Das.

On Friday, Prime Minister Narendra D Modi and Chinese President Xi Jinping will be closeted at Mahabalipuram in Tamil Nadu, the second informal and unstructured summit, an attempt to resolve some nagging sticking points which stymie complex bilateral relations and try to take forward relations ahead of the 70th anniversary of the establishment of diplomatic relations between the two countries.

Although India and China elevated their relationship to a strategic level in 2005 and further to a 'developmental partnership' level during President Xi's visit in September 2014, the potential of the relationship between the two countries is yet to fully realised.

This can be attributed to a lack of strategic trust and what is often described as the 'persistent security dilemma' prevailing between the two countries.

This article attempts to catalogue some irritants which need to be addressed.

China contests the international boundary between the two countries in the eastern sector by questioning the sanctity of the McMohan line on the ground that it was drawn by the imperialist British power.

Although there have been 21 rounds of talks on territorial disputes between the two sides under the frame work of special representative talks, there seems to have been very little progress after the signing of the Political Parameters and Guiding Principles signed in 2005, which marked the end of the first stage of a three stage process for resolution of territorial dispute between the two countries.

On the contrary the Chinese have contested the interpretation of the clause of tghe 2005 Agreement which stipulated that the interest of the settled population will be taken into account while going ahead with final settlement of the territorial dispute.

In the second stage, the two special representatives are expected to explore the framework for a final package settlement covering all sectors of the contested territory.

The last stage will be actual delineation and demarcation of the boundary on map and ground by civilian, military and survey officials from the two countries.

It may be mentioned that the agreement signed between the two countries during then Chinese president Jiang Zemin in November 1996 clearly mentioned that 'the two sides agree to speed up the process of clarification and confirmation of the Line of Actual Control.'

It further said as an initial step in this process, they (the two sides) are clarifying the alignment of the Line of Actual Control in those segments where they have different perceptions.

It was further mentioned that both sides had agreed to exchange maps indicating their respective perceptions of the entire alignment of the Line of Actual Control as soon as possible.

While the resolution of territorial issues is yet to make any substantive progress even after more than two decades, the border intrusion or transgression due to overlapping perceptions by the two sides impede bilateral relations.

Incidents like Doklam also cast a shadow on the relationship between the two countries.

A second major irritant is the trade deficit in the bilateral trade between the two sides.

According to the Indian embassy Web site in Beijing while India-China trade grew substantially, it has also led to the biggest single trade deficit that India is running with any country.

It is against this backdrop that a report of the standing committee of external affairs headed by Shashi Tharoor observed last year that there is no gainsaying that deepening economic engagement between India and China has been a stabilising force in the overall India-China relationship.

It attributed the trade deficit to a number of factors such as tariff barriers imposed by China on Indian goods and services, dumping of goods, lack of genuine investment profile on part of China, security imperatives etc.

It bemoaned that while the cumulative Chinese investment in India are substantially low at around $5 billion, the value of Indian projects currently under execution by Chinese companies is estimated to be as high as $63 billion.

The report concluded that basically China is engaged in project export to India, without bringing its own capital for investment.

Such a trend is not healthy for the overall growth of India's economy.

More over a substantial chunk of Chinese investment in India is in the telecom sector which is fraught with security implications.

China is keen to introduce its 5G technology into India's telecom sector.

India is in a dilemma whether it should allow Chinese telecom behemoth Huawei which allegedly is tied with the People's Liberation Army.

Speaking recently in the US, External Affairs Minister S Jaishankar articulated that India doesn't see 5G as a political problem, rather as a telecom issue and said New Delhi would take a bilateral approach with regard to the issue.

Thirdly, India has already expressed its reservation with regard to the China-Pakistan Economic Corridor as a flagship programme of China's One Belt One Road initiative.

The CPEC -- a conglomeration of infrastructure projects to the tune of $46 billion -- deepens economic engagement between China and Pakistan and aims to connect China's largest province Xinjiang with Pakistan's Gwadar port in Balochistan.

The CPEC is not acceptable to India because it passes through Pakistan occupied Kashmir which violates India's territorial integrity.

Besides these three major issues, China's opposition to India's bid for membership of the United Nations Security Council and the Nuclear Suppliers Group are also irritants in the relationship.

In spite of these differences, the leadership of the two countries have carried forward the bilateral relationship to a strategic level in the framework of the Astana consensus which emphasises that differences should not lead to disputes.

It is time that India and China's leadership address these irritants so as to synergise the relationship to a win-win situation.

Dr Rup Narayan Das is a Delhi-based China expert, currently a senior fellow at the Indian Council of Social Science Research affiliated to the Indian Institute of Public Administration. 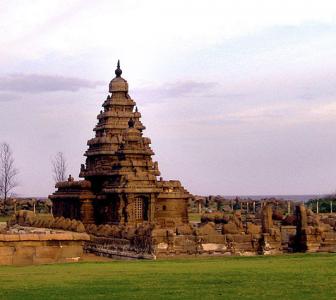 'Mamallapuram is a wonderful place with rich history'