Modi should bluntly ask Xi Jinping why he is willing to put his neck in the Pakistani noose, ignoring all that is known of Pakistan's perfidy, says B S Raghavan. Already some defeatist voices are being heard in some political and media circles expressing doubts about India and China going ahead with the second informal summit scheduled to be held on October 12 between Prime Minister Narendra Damodardas Modi and Chinese President Xi Jinping.

Their scepticism about the usefulness of the summit is based on the following line of reasoning:

From the side of China, there is plenty of evidence of the deep hurt to its amour propre and its standing vis-a-vis its all-weather ally, Pakistan, caused by India's abrogation of Article 370 in relation to Jammu and Kashmir followed by legislation for converting the State into two Union Territories, Jammu and Kashmir (with a legislature) and Ladakh (without a legislature).

Aggravating China's mortification, so the reasoning further goes, is the combined failure of efforts of both China and Pakistan to mobilise world opinion at various fora in favour of Pakistan and against India.

And finally, of course, is the ready made excuse, as in the wolf-and-lamb story of Aesop's Fables, that China has always handy, about its claims over Ladakh and India's decision affecting its status.

The calling off of the summit by China is also on the cards if one takes account of its obsession with its 'core interests', and its intemperate language and belligerent conduct at anything it disapproves in other countries.

It doesn't care whether, as in the case of India, it is a country with whose prime minister the Chinese president had been outwardly having the best of relations from the time of 'swing diplomacy' in Ahmedabad.

Judging from their body language in television visuals, Modi and Xi were hitting off together as if to the manner born.

They had not missed a single opportunity to meet at the various gatherings of world leaders, in addition to their own separate summits.

Xi was the first leader to visit India after Modi took over in 2014 as prime minister.

China simply swept aside all this when it came to its compulsively pandering to Pakistan and going all out to castigate India for its recent decisions on J&K, taken in pursuit of its own 'core interests'.

They told off India for being 'too reckless and arrogant' and keeping on breaking the 'status quo' impacting regional security.

They accused India of 'challenging' surrounding countries's interests and expecting them to 'swallow the provocation and accept the new facts made by India'.

Again, in instigating Pakistan to take 'strong countermeasures', and suggesting that 'if Muslims collectively oppose India's move, it is hard for India's system to control the situation', the Chinese leadership has shown itself to be totally blind to its own record in Xinjiang province and to its bankrupt protege fuelling the fires of terrorism inviting the censure of the international community. 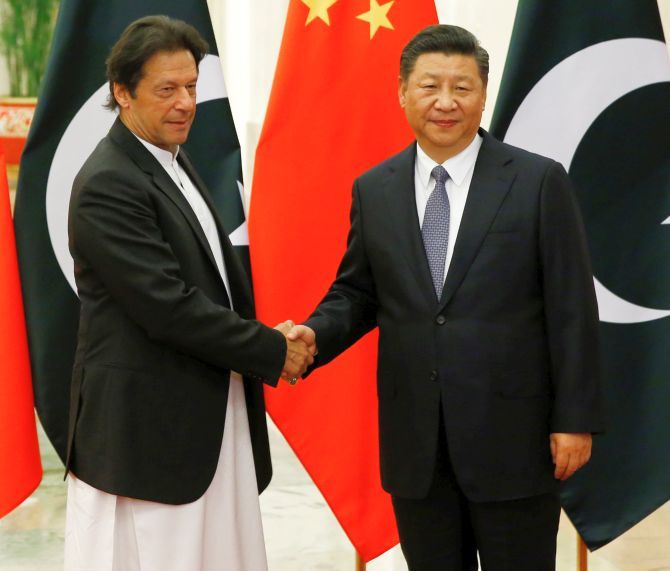 Only the other day, The New York Times reported that 'China has been fighting criticism that it has detained as many as one million members of Muslim ethnic minorities in indoctrination camps in its western Xinjiang region... Its vast system of detention without trial has drawn condemnation from the State Department and Congress, but no sanctions, and only scattered criticism in Europe and at the United Nations.'

'That is still more of a response than in the Muslim world, where nations -- including Pakistan, Indonesia and other recipients of big Chinese loans -- have overlooked China's abuses against ethnic Uighurs, Kazakhs and others.'

It almost seems as if China has painted itself into a corner, and it may well be tempted to opt for the escape route of cancelling the summit to signal its angst and anger at what it construes as India's provocative actions and to put India in its place.

India, too, might consider it politic to put off the meet as, in its calculations, it might end up as an exercise in futility in the prevailing circumstances.

Both countries will be committing a historic blunder if they let their instincts and emotions dictate their course of action.

It is precisely in tough situations such as this that it becomes vital for two ancient civilisations to display the maturity and wisdom honed over millennia and it is precisely when relations hit the rocks that holding informal summits becomes all the more imperative.

Their very nature -- freewheeling, without agenda and without aides, Modi and Xi speaking their minds freely and frankly, holding back nothing, determined to put the relations on an even keel so as to set civilised norms of conduct for governments and peoples of both the nations -- holds the hope of clearing the minds of misconceptions and prejudices and taking the countries forward to a brave new horizon of harmony and cooperation.

As sage Thiruvalluvar pointed out 3,000 years ago, the hallmark of true friendship is to be forthright and unsparing in offering corrective advice and helping one another in reaching pinnacles of achievement.

It also involves pulling one another back from the brink of disaster to which the countries may be heading unknowingly or out of force of circumstances.

The foremost among the follies on the part of China is its infatuation with Pakistan, which is a failing, if not failed, State, whose duplicity and untrust worthiness had long been as plain as a pie in the sky.

It is a mystery how and why China, the repository of all the sublime sayings of Confucius and all that glorious legacy of the past has failed to realise that it has nothing to gain, but potentially everything to lose, by throwing in its lot with this Trojan Horse of terrorism and monument to mismanagement on every count.

While, on the one hand, Pakistan is publicly supportive of the repressive measures taken by China against Uighurs, there have been reports of Chinese authorities in Xinjiang region having accused Pakistan of secretly fomenting violent incidents in that region with the help of Pakistani militant-infiltrators.

Following one such violent outbreak a few years ago, Michael Kugelman of the Woodrow Wilson International Center, based in Washington, spoke of the availability of 'considerable evidence' that Pakistan-based militants had had a role in some Xinjiang violence.

Modi should bluntly ask Xi why he was willing to put his neck in the Pakistani noose, ignoring all that is known of Pakistan's perfidy in such matters.

Seventy years after Independence and 60 years after 1962 are too long a time for two ancient countries suffuse with the wisdom of millennia to remain bogged down in a dispute over some 4,000 km long border in an era when a trillion transactions circle round the globe eight times a single second at the click of a mouse.

Don't Modi and XI understand that whatever be the number of times officials of both countries meet in working groups -- and they have met some two dozen times so far -- they will only be indulging in dialogues of the deaf? Only the two leaders at such an informal summit can take the bull by its horns and arrive at a solution in a spirit of give-and-take.

The supreme example is the way President Richard Nixon, the arch-anti-Communist and the kingpin of the Machiavellian McCarthian witch hunt, broke the 25-year long impasse with China by making a quantum leap in 1972.

Modi should have extensive consultations with his prominent party colleagues and expert professional advisers who had handled the micro and macro aspects of India-China relations, with particular reference to the border issue, and hammer out a viable formula that stands a chance of acceptance.

It must be clear as the noonday sun to both the leaders that unless the border question is out of the way, all talk of trust-and -confidence building and restoration of normal relations is unrealistic.

Also, if at all any two leaders command the stature, prestige and authority to arrive at a settlement by a direct exchange of possibilities and convince public opinion of their good faith and patriotism, they are Narendra Damodardas Modi and Xi Jinping.

If the coming summit can but make headway on these two momentous issues and forge a meeting of the minds, it will be a game-changing development putting the entire world order on a spectacular new trajectory for generations to come.

B S Raghavan is a former member of the Indian Administrative Service, who was also a US Congressional Fellow and Policy Adviser to UN(FAO). He is currently the Patron of the Chennai Centre for China studies. The views expressed are personal.

B S RAGHAVAN
SHARE THIS STORY
Print this article 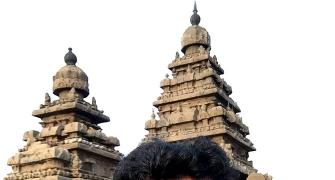 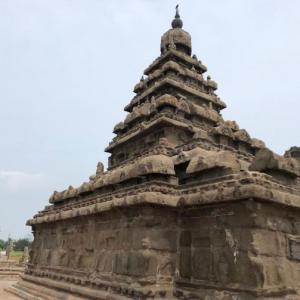