'Instead of fighting over whatever will be left of the present world, the permanent members of the UN security council should have raised a little finger to arrest the death and devastation around us,' notes Ambassador T P Sreenivasan.

'This is the way the world ends. Not with a bang, but a whimper.'

There are not many lines of poetry that have become embedded so deeply in the public consciousness to the extent that this one by T S Eliot has.

This line may be coming to every one's consciousness these days together with Richard Haas's assertion that the pandemic will accelerate history rather than reshape it.

United Nations Secretary-General Antonio Guterres characterised the long awaited, long delayed meeting, forced into virtual reality by the very crisis, as the 'fight of a generation and the raison d'etre of the United Nations', but the five permanent members of the UN security council gave up the fight without firing a bullet.

They did not agree even to discuss the 'impact of COVID-19 on international peace and security', as the non-permanent members unanimously demanded.

At least two of the permanent members, Russia and China, even argued that the security council had no mandate even to discuss the issue.

Which other threat to peace and breach of the peace are they waiting for?

Do they think that the world will trust them with the future of the world anymore?

The world has long written off the UN as a watchdog of the world.

But there was hope that the great minds which created the structure of the UN might be vindicated by an occasion of the gravest crisis that would unite the world and save it by collective action.

The scheme of collective action outlined in Chapter VI and Chapter VII were carefully created to enable the UN to rise to the challenges of the future, while protecting the sovereignty of nations.

From preventive diplomacy to peace enforcement, there are a wide range of options.

The UN has even gone to war on a couple of occasions when the permanent members so wished.

But to fail to see the extreme gravity of the pandemic as a threat to peace is an unforgivable and disgraceful dereliction of duty.

The UN has lost its raison d'etre. 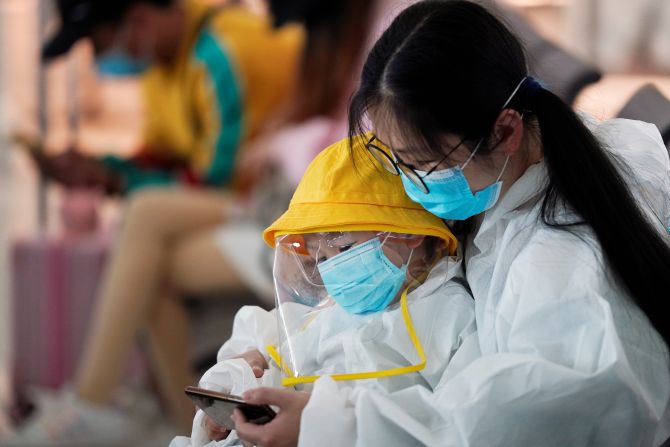 IMAGE: A woman and child in protective suits check a mobile phone at Wuhan Tianhe airport after the lockdown was lifted in Wuhan, April 10, 2020. Photograph: Aly Song/Reuters

The World Health Organisation, which stood discredited by its failure, partly because of its partisan approach had already proved inadequate to fight a pandemic of the proportions of COVID-19.

The fight against COVID-19 had to be on a war footing with a composite force, consisting of capabilities of massive sanitisation, testing, hospitalisation and providing support systems.

Even the world's most powerful nations are not able to cope with the effort and there are signs of conflict on account of shortages of equipment and trained personnel.

The UN security council, on the other hand, had the capability of assembling fighting forces for emergencies through its department of peace operations.

Instead of being paralysed because of petty battles in the name of the pandemic, its origin and the need for transparency, It should have authorised the UN secretary-general to put together a force under Chapter VII of the UN Charter by establishing that this was the time to step in with all its might to save lives and human civilisation itself.

Apart from assisting requesting nations to launch a health and humanitarian offensive, it should also be prepared to deal with conflicts on account of the fragility of the international system.

Member States should be requested to send not only troops, but also police, health workers and equipment.

Only a UN force which could enforce social distancing and lockdowns could prevent a catastrophe. 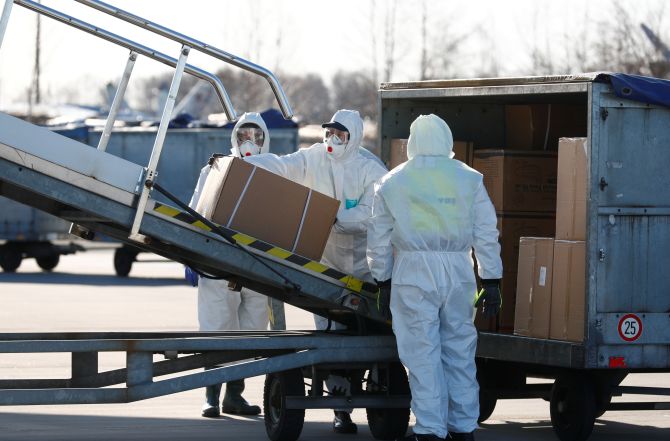 So far COVID-19 has spread in relatively prosperous regions of the world, which have stable infrastructure and health systems.

We cannot trust that it will not spread to less equipped States, in which the devastation will be much more.

Chapter VII of the UN Charter allows the security council to 'determine the existence of any threat to the peace, breach of the peace, or act of aggression' and to take military and non-military action to 'restore international peace and security'.

Thursday's security council meeting will go down in history as the saddest moment in history, a collective failure of humanity to save itself.

The mounting number of deaths are mere figures of 'body bags', as WHO's director-general characterised them.

We have forgotten that each of them had a throbbing life, full of dreams, thoughts, compassion and hard work.

Instead of fighting over whatever will be left of the present world, the permanent members of the UN security council should have raised a little finger to arrest the death and devastation around us.

By failing to do so, the United Nations has lost even the last modicum of faith the world had in it. 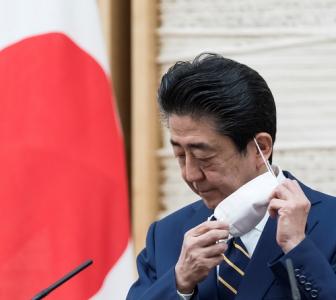 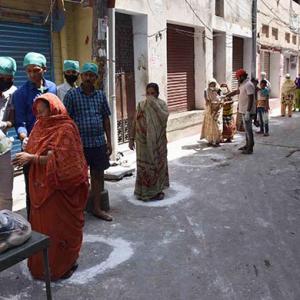 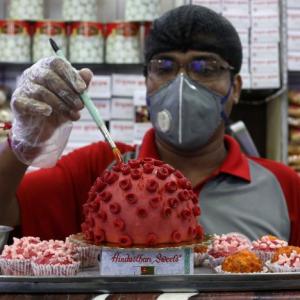